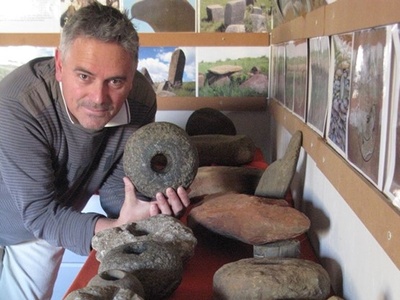 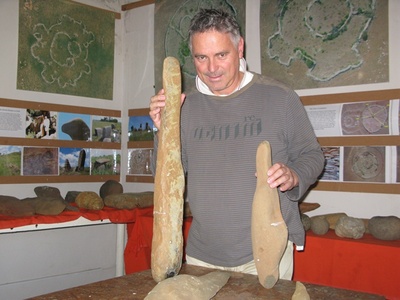 Free admission to the Museum anytime you visit.  Your name on the PATRON list of supporters  displayed in the museum, after one year of contribution. Know that your contribution is keeping the Stone Circle Museum open and functioning. 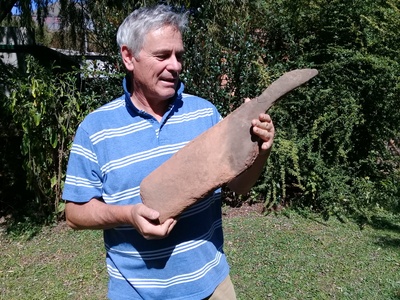 BUILDING THE NEW STONE CIRCLE MUSEUM.
Preserving the TRUE ancient history of Southern Africa dating back over 300,000 years.
The ONLY museum dedicated to showcasing the ancient ruins and vanished civilizations of Southern Africa - Dravidian presence & Ancient gold mines - Precious tools and artefacts - Stones that ring like bells - Advanced tools and technology - And the presence of the Anunnaki in what was referred to as the ABZU in the Sumerian clay tablets.

The existing Stone Circle Museum was launched in 2008 by Michael Tellinger and displays thousands of unique and priceless tools and artefacts connected to the vanished civilization of southern Africa. More than 5 million mysterious stone circle ruins lie scattered across South Africa, Zimbabwe and surrounding countries - including Great Zimbabwe. These ruins are surrounded by 450 thousand square kilometers of agricultural terraces in what is now recognized as the largest concentration of stone ruins found anywhere on Earth today.

The stone ruins, terraces and artefacts are being destroyed at a rapid rate by farming, town and road construction. No effort for preservation is made by authorities. This is the only museum dedicated to the preservation of this knowledge, ongoing research, and preserving the precious artifacts while spreading awareness of this astonishing part of human history, that takes us closer to the origins of Humankind than ever before. We call it the TRUE Cradle of Humankind.

Private museums like this, cannot survive on the income from tickets.
Museums like this can only survive from Patrons who are passionate about participating in preserving the precious exhibits and knowledge that comes with it.

On display are:
LATEST DISCOVERY:
Fossils of GIANTS, dinosaurs and other extinct creatures that were present during the stone circle era as recently as 12,000 years ago.
Fossilized heart, ribs, fingers, hooves, claws shoulder blade, teeth, leg bones, jaw bone 20 times larger than human, bone knuckles of giants over 100m tall;' reptilian and dinosaur skin, and many more mind-blowing displays.

The Stone Circle Museum shows:
ANUNNAKI Connection.
There is evidence that this was the creation of the Sumerian deities known as the ANUNNAKI. This is echoed in ZULU oral tradition and shamanic knowledge passed down over thousands of years. The ZULU story tells us that ADAM's CALENDAR is where humanity was created by the gods (ANUNNAKI) to be slaves in the gold mines. Zulu Shaman Credo Mutwa was intiated there in 1937 and the site was used for rituals and ceremonies until the 1950s. The area of Waterval Boven and Machadodorp in Mpumalanga province, South Africa, is the most densely populated stone circle area found to date.