Suisei is creating content you must be 18+ to view. Are you 18 years of age or older?

is creating Comics and illustrations

If you missed the Ulule campaign in 2019, the comic book Tarkhan Skullkiller is now available for sale on suiseipark.com! :D
There are few copies left. Don't dawdle if you want yours! :p

Tarkhan Skullkiller, a fantasy adventure written by Marialexie and illustrated by myself.

An army rised from the grave is attacking the kingdom of SternBerg! The only wizard able to send the instigator of this invasion back to the netherworld is murdered! The king has no choice but to call upon the services of a political prisoner to defeat this scourge: Tarkhan Skullkiller, the Hyboric barbarian!

Read an extract on suiseipark.com.

Tarkhan Skullkiller is a one-shot that I made in collaboration with my friend Marialexie, she wrote the script and I drew it. It's a fantasy adventure featuring a handsome, muscular and hairy barbarian, not unlike a certain Conan, accompanied by a young awkward magician. 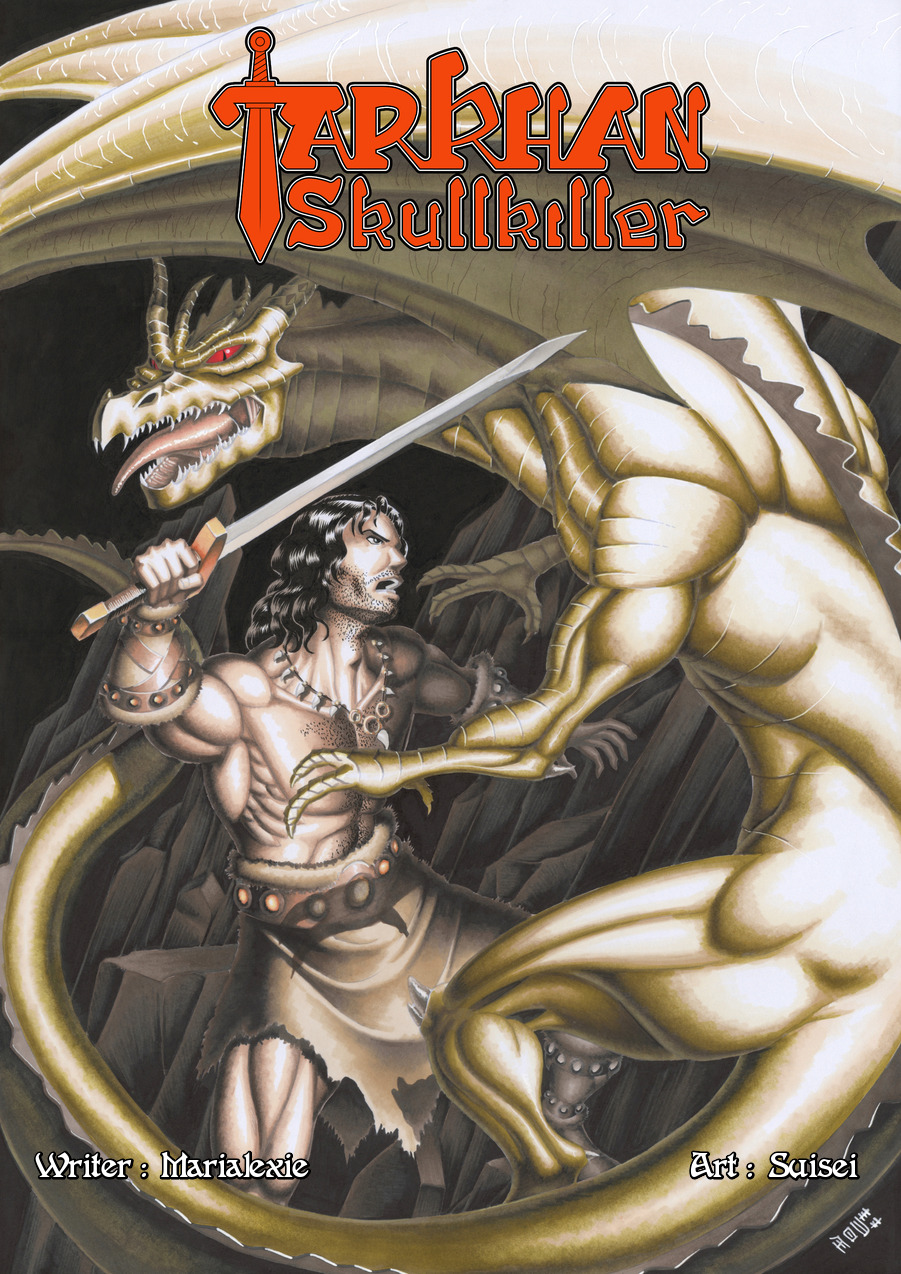 Comic Artist For Rent is a collection of humorous anecdotes that I have experienced or witnessed in my career as a young illustrator in the process of becoming a professional. 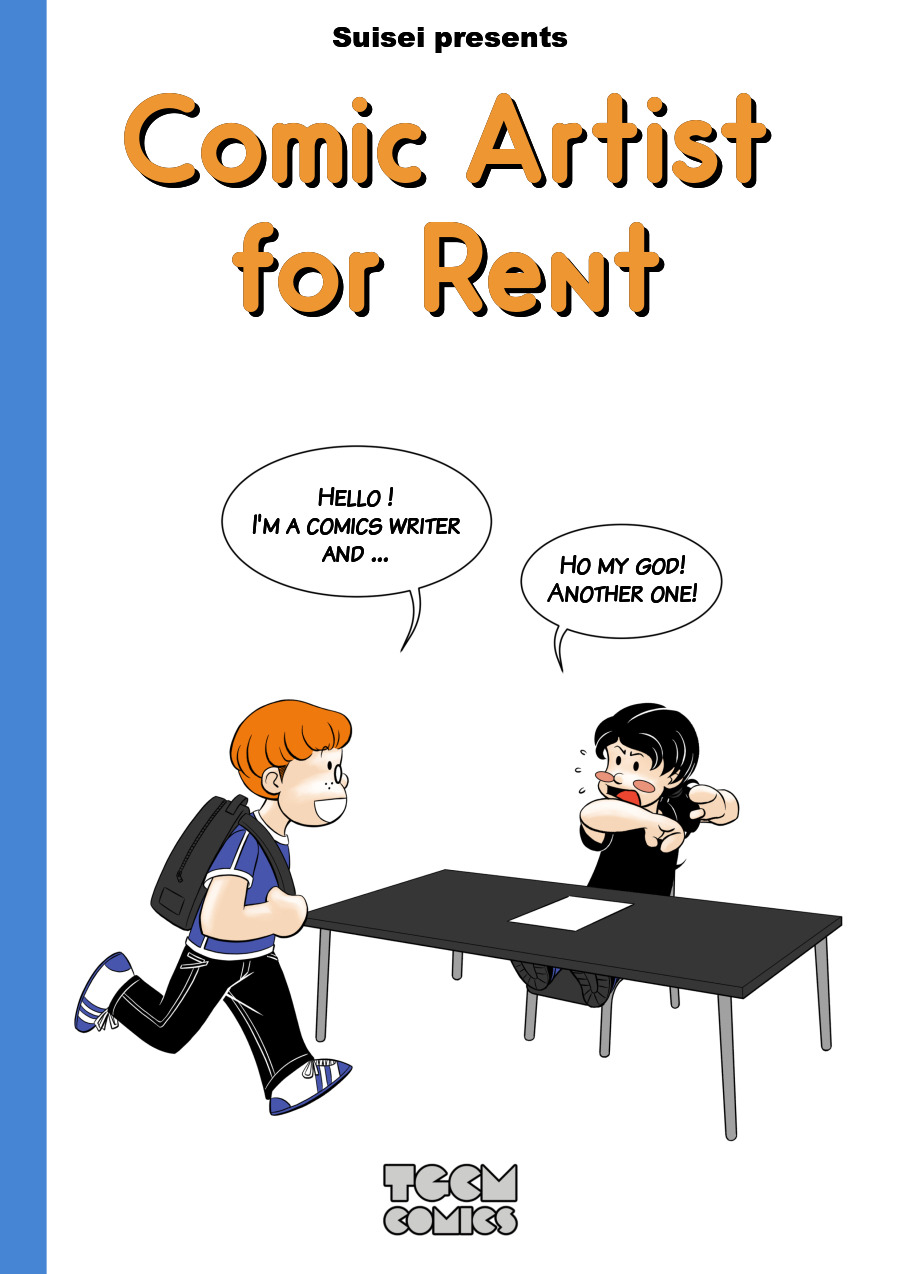 Vader is about to invade the Earth! How, Son goku, Seiya, Sailor Moon, Ranma and their friends will they stop him? 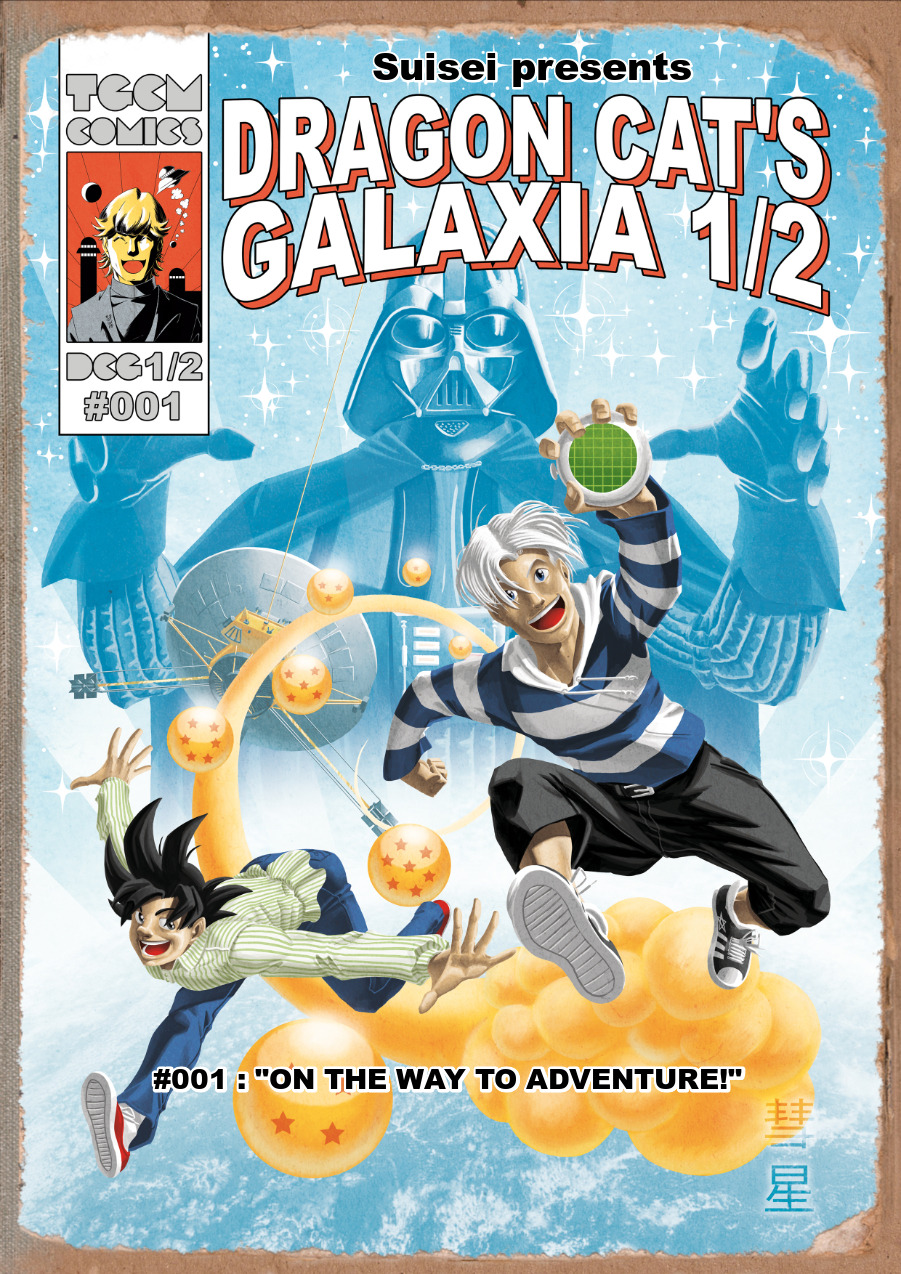 Dragon Cat's Galaxia ½ is a childhood delusion dating I created in 1998. Indeed it doesn't make us any younger! 8D
The principle is simple : Darth Vader comes to conquer the Earth and pick fights with the heroes of our childhood (Son goku, Seiya, Sailor Moon...), all in joy and good humor.
The version I propose here is a reboot updated and published since 2016.

Space Wizard McKcarell is a scifi comic world that I develop since 2007 and where an ancient galactic war between white elves and dark elves take place. The cause of all this? Sorcery! This technical discovery which was supposed to improve everyone's life is the cause of a terrible accident which took many lives. Since then it unleashes high emotions between those who support its use and those who denounce it. 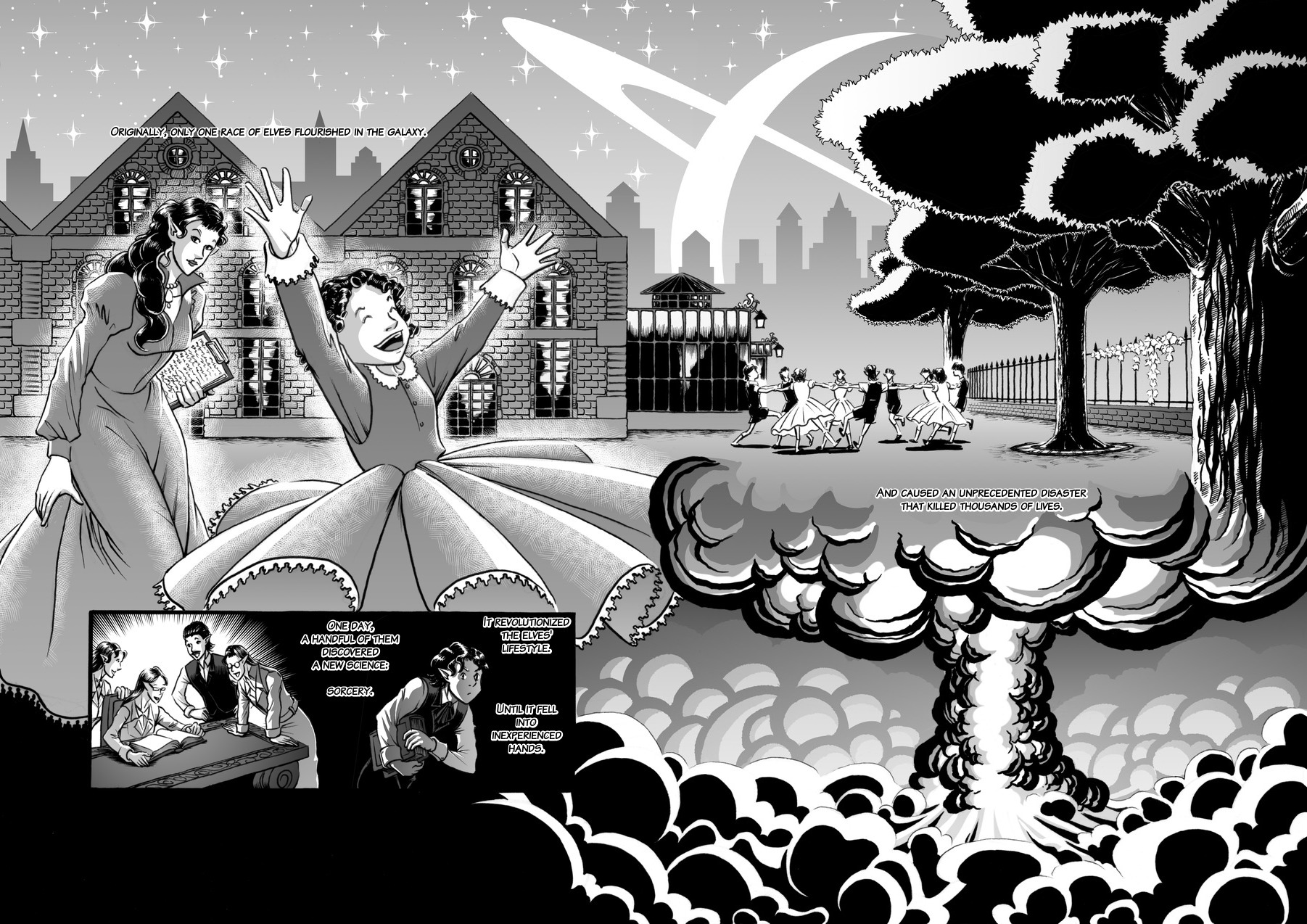 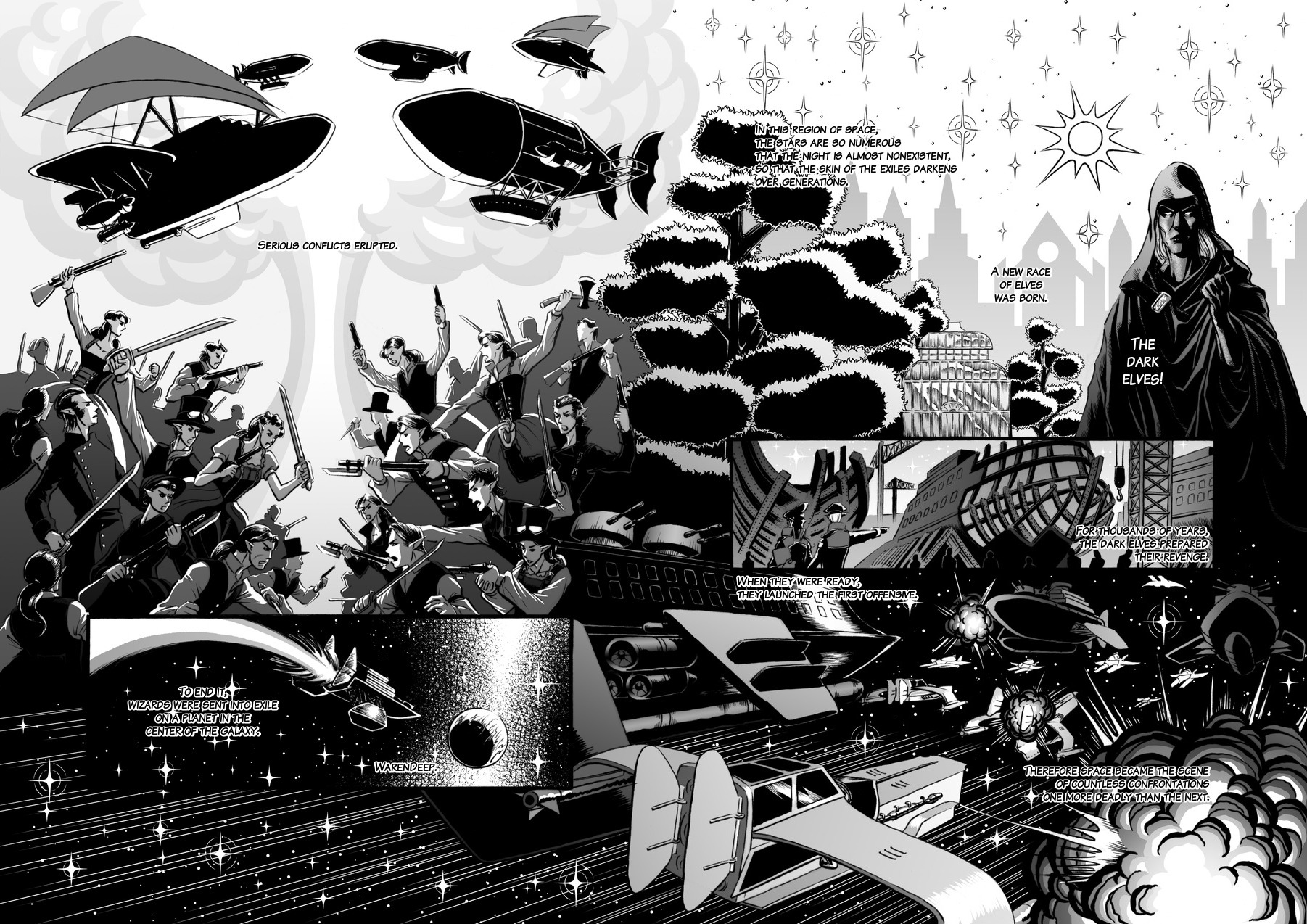 In this chaos two heroes will emerge to end the conflict in a merry, happy atmosphere: Arthur McKcarell, dark elf and former pirate, and Lilian Killfaeh, his side kick, a young white elf. They will become the best of friends. Extract from an old version

TGCM Comics is a web platform project dedicated to web comics and webtoons where budding or experienced authors will be able to publish their stories and exchange directly with their audience without technical knowledge on the web. And there will be NO popularity ranking or enhancement algorithm. :)

Here's a mock-up that gives an idea of what it will look like. 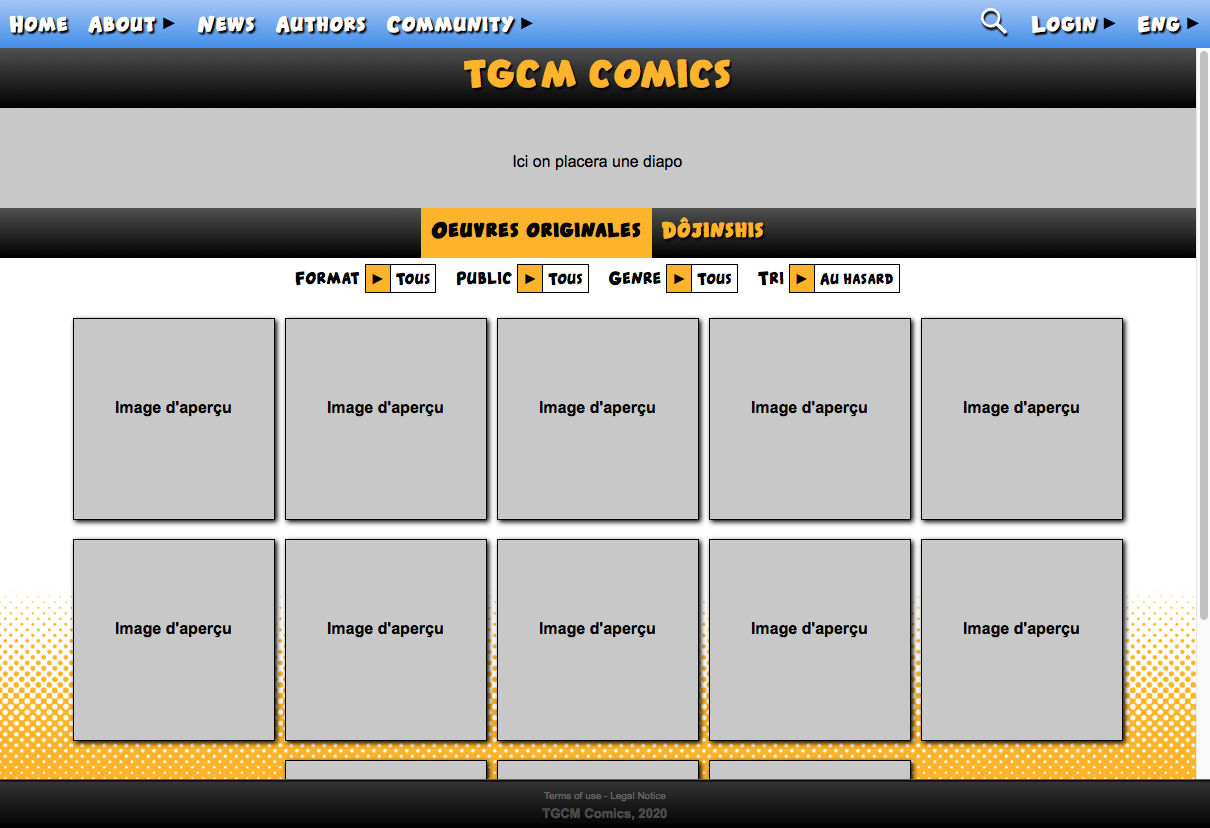 Péguy is a web application that since 2018 allows me to automatically generate certain graphic effects, patterns and scenery elements for my comics. It has brought me a huge gain in productivity. 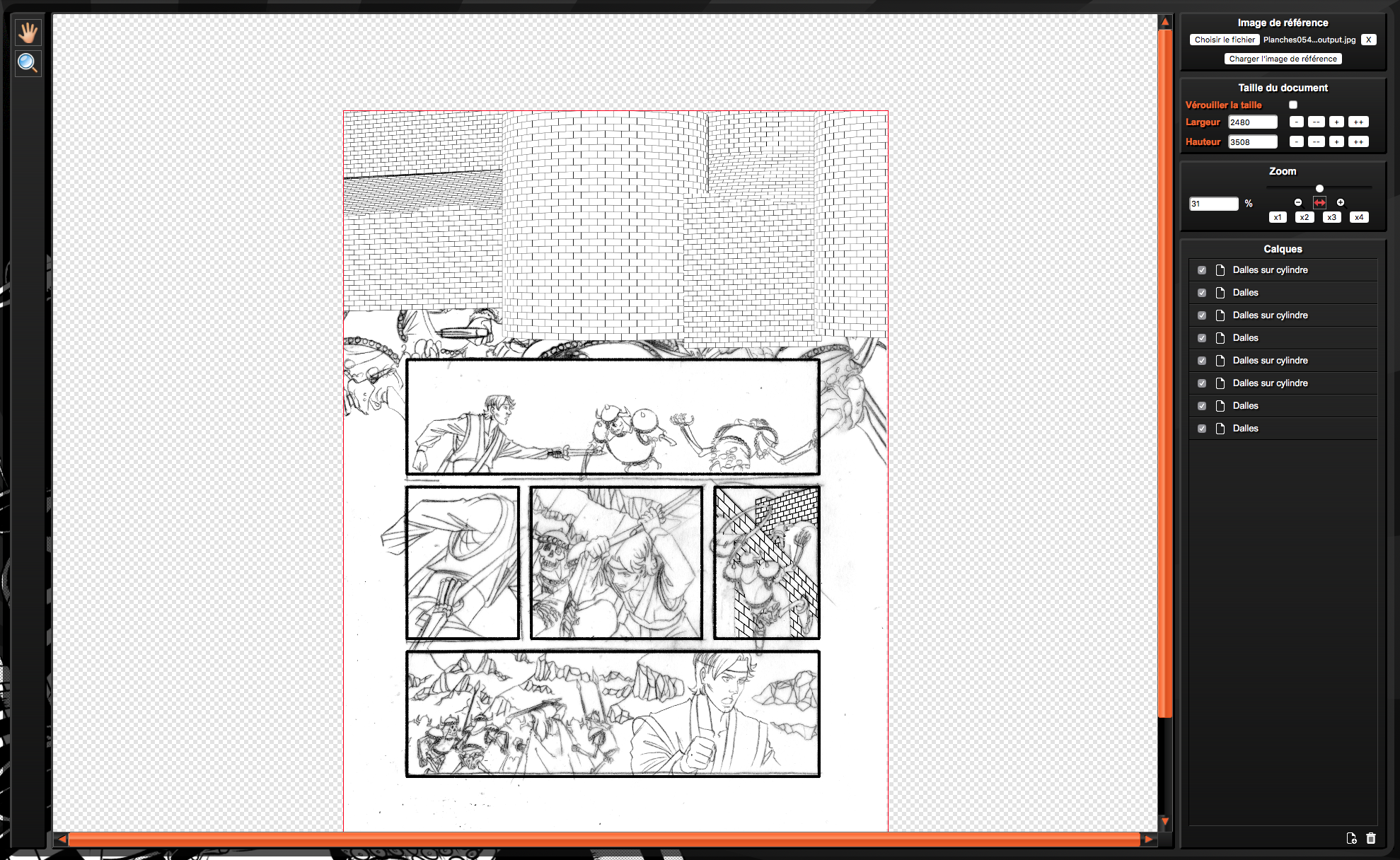 As it is beginning to take a form that can be used by laymen in programming and mathematics, I will soon put it online.

Wizeknight Brotherhood is an online RPG project with a slightly unusual format.
Basically, take World of Warcraft and put a visual novel interface on it, and you'll get an idea of the final result.

In this game you will explore the world of Tellura, a Tolkian fantasy world, and conduct quests that will make you conclude "we are not alone in the universe". :p

In the spring of 2020 I developed a small prototype called “A l'Aventure Compagnons” which gives a vague idea of the principle. 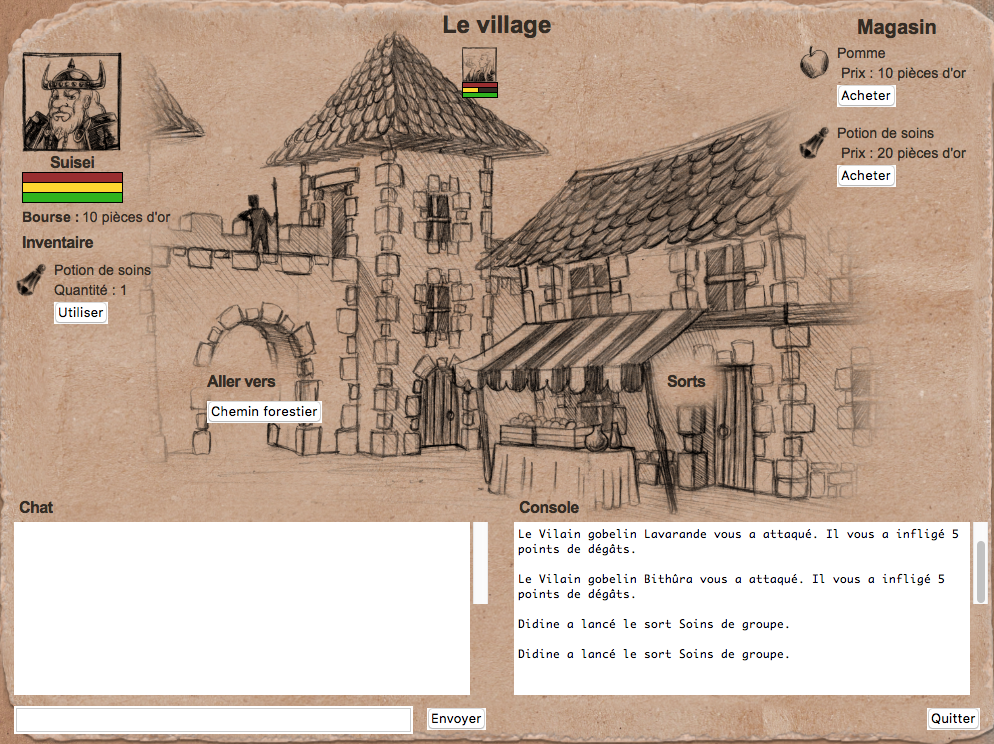 I am tempted to keep this pencil rendering for Wizeknight Brotherhood.

“A l'Aventure Compagnons” is playable, just download the client from suiseipark.com. Don't hesitate to come and pull my ears on Discord if you see that I forgot to switch on the server. :p

For the moment the engine of Wizeknight Brotherhood is under development and the first test phases will take place in pure text mode. 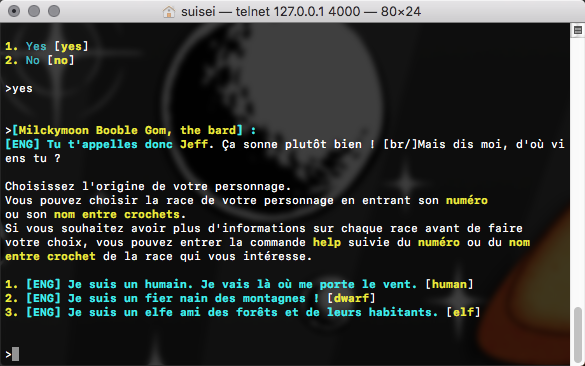 This good old scary UNIX console. The MUDs, the ancestors of MMORPGs, looked like this and they still exist with active communities. :D

Wizeknight Brotherhood is my only game project in development at the moment but since I started in programming in 2007, I've developed a whole bunch of them: little arcade games, a racing game, RPG prototypes...

The complete list is available on my website suiseipark.com and almost all of it is still playable. :D