is creating Music, Photography and items around it. 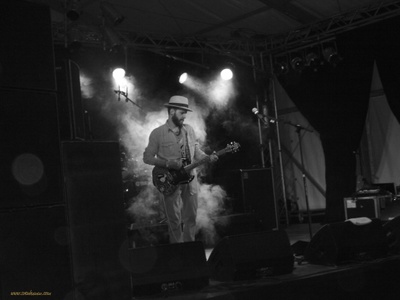 $3
per creation
Join
Get access to .wav data files for your looper or computer! With these files, feel free to jam along to the 11 tracks of our debut album "Run The Risk Of Winning"! All the vocals have been removed so that you can fully concentrate on jamming with your desired instrument! Make sure to leave your email-address so we can send you these fancy files! Have fun and keep on jammin'! ;) 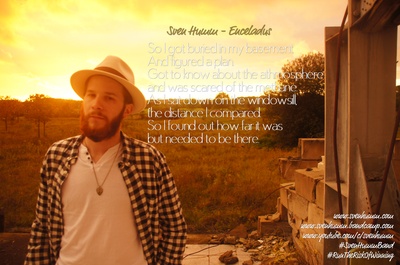 $5
per creation
Join
By gratefully pledging 5€ or 5$, you'll get an all-exclusive video which contents are a secret!

Sounds different! / Psychedelic Blues
To summarize who Sven Humm is gets harder day by day.
He surely is a musical microcosm to unto himself,
expanding consecutively,
making it harder to define – as a passionate songwriter,
a soulful guitarist and as a remarkably honest and intense singer.

With his debut album “Run The Risk Of Winning”,
the German-based artist Sven Humm has just left the studio,
ready to perform live and to please the audience with his unique ways on the stage.
Playing for years live and on well-known venues, he finally fulfilled his dream of spreading his legacy out to the ones he simply adores most: His audience.
But all of these performances and his presence just scratches the surface.

His album is a device that wraps you in a blanket
in front of your stove.
While evoking honest emotions, he leaves the listener both touched and smiling.
Simply because you experienced his stories before.
With true lyrics out of the heart of life contrary
to the nowadays pop-music,
he takes you to a journey that starts at Alternative to Blues
and ends at the Psychedelic music of the 1970s.
Songs such as “Melanie”, “Things One Shouldn't Know”,
“Stay With Me” and eight other breathtaking titles illustrate
his never ending desire for his electric guitar
and his versatility in genres while always being authentic/ true to himself.

It’s a lot he has been through, but besides that it's all his musical ambition
and hunger to continue to grow that made him carry on.
Just like the title of his album says,
he risked a lot – all in to win if you will -
ready now to tell you his stories with all-new songs he’s previewed this summer to delighted audiences, portraying him exploring even deeper combinations of sounds and styles,
all with his fingerprint.

As a person of few words, he’s grateful that his music
now can make its way
to so many people all around the world.
After completing the album and closing the chapter
of the long endeavor with his lifetime friends,
he is now more than ready to hit the floor and to touch your soul.