Hey, thanks! Enjoy that warm glow that comes from knowing you're supporting independent comics!

Wow! You're awesome! You'll get early access to any pages finished ahead of schedule, as well as an exclusive one-page gag comic after each story!

Whoa! We can't thank you enough! As well as previous privileges, you'll be entitled to a character sketch of your choice by Salem Sloane for each month you remain active on this tier!

About Salem Sloane and Stuart Gipp

Hello there! Our names are Salem Sloane and Stuart Gipp, and collectively we are Nice One Comics.

It's possible - and indeed likely - that you've clicked through to this site from one of our projects, so we think it would be a good idea to tell you about them a little! 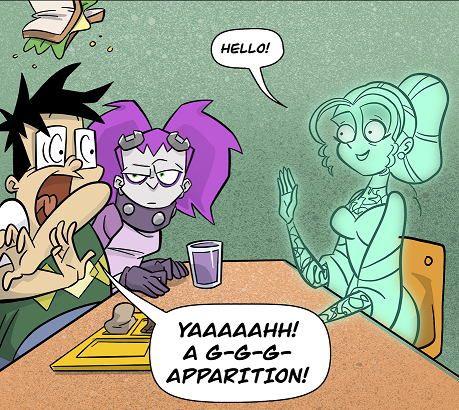 The Terrifying Tales of Tabitha Faust tells the, well, terrifying tales of teenage necromancer, the millennial maven of madness, Tabitha Faust! Together with her B.F.Fs Sidney Backbacon and the "spirited" Adrienne Hildebrand, she battles ancient evil in the most dangerous, unearthly place imaginable - Philadelphia. With dynamic art by Salem Sloane, yuksome scripts by Stuart Gipp and additional ethereal colors by Claire Ryan, if you ain't Faust, you're last! 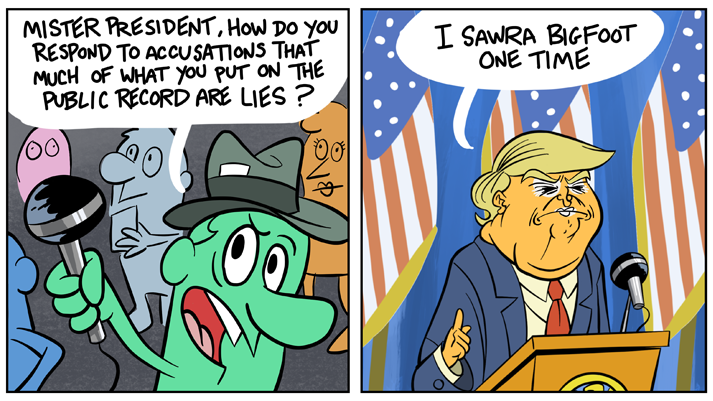 Our other main thing is the currently-on-hiatus JE-NL, a gag comic that swerves from the puerile to the thoughtful, the asinine to the acidic. Only one thing's for certain, with JE-NL - you're never more than a couple of clicks away from a butt. Art by Salem Sloane, written by Salem Sloane and Stuart Gipp!

Tabitha Faust, though, is our main focus right now - and it's her ongoing saga you'll primarily be funding if you choose to do us a solid and support our Patreon! We've got two full "seasons" of thirteen stories each already mapped out for our diminutive diabolist, with even more in the works! Big plans, folks! Big plans!

We work full-time and all our awesome stuff is offered entirely free of charge. Supporting us on Patreon won't change that, but it will be a sweet-natured thumbs up for indie comics creators! So, if you like our work, why not throw us a couple of bones?