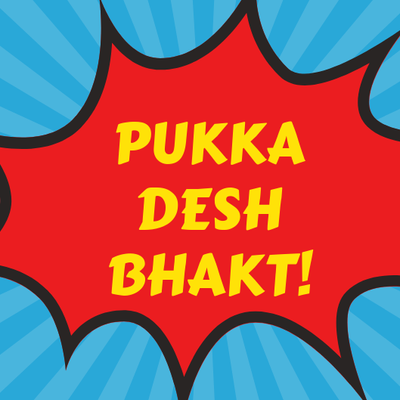 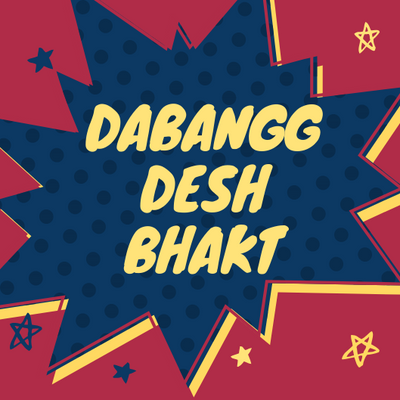 About #TheDeshBhakt with Akash Banerjee

The DeshBhakt Story So Far...

June 2018 - Quit comfy Job as VP at a big media company - sold off house to fund an Independent digital startup - bet on the fact that people will stop watching TV and would appreciate simplified data / facts (laced with blunt satire and fun!)
.
June 2020 - The Deshbhakt cracks over 2.5 Millions subscribers on various social media platforms - has a dedicated team of 6 - is being run almost fully on crowdfunded money with crowdsourced ideas, feedback & guidance.
.
- Mocking and questioning politicians may be a cornerstone of any progressive democracy - but in India it's seen as a personal insult.
- Satire as a form of social / political expression may be established in the west - but is often confused with comedy here.
- Crowdfunding is an alien concept with most of the media being funded by politicians or industrialists for their own purposes.

Even in such a scenario #TheDeshBhakt has been able to survive and grow. Thanks to Deshbhakt Members and Patrons who want to hear the truth / listen to the facts / laugh a bit at where we are.


What does the #TheDeshBhakt do??!!


The DeshBhakt attempts to challenge the way political discussions happen in India - i.e heated, bitter, one-sided & acrimonious. (The mainstream media is agenda driven and the parties themselves want more confrontation and polarisation - atleast there is no debate there!)

In a country where the Army & Nationalism is dragged in to defend the indefensible - The DeshBhakt is attempting to make politics a fun thing... where there is no 'agenda' / no 'paid media' / no 'sides' / and some simple facts to make some simple points.

In less than 2 years - we have been able to win the trust of scores of people and now we are hungry for more. If you would like to support an initiative that talks TO you - not AT you ... if you value independent and free speech... if you think that satire in news is the future - then do become a Patreon DeshBhakt and unlock direct access / collaborations / podcasts / Q&As and a lot of other goodies!

Why become a DeshBhakt Patreon Member?

Forget the fact that Mainstream Media has largely been taken over political / business interests....also ignore the fact that no one is watching TV News and Newspaper readership is on the decline.

The real worry is direct and Indirect censorship - that is on the rise - giving serious concerns over Freedom of Speech. Satire as mode of making a point is the most trusted in the west and will soon become one in India too. To beat a system that is controlled by powers that be - CONTENT HAS TO BE PAID FOR / SUPPORTED BY individuals who can. While this model of public funding was not viable for large media companies - The DeshBhakt has shown that its is possible to do so in the digital world and that of micro - publishing.

What do I get out of my Membership?

Patreon members can contribute anything from $3 to $99 every month. They will get the following benefits according to the contributions they give. (see DeshBhakt tiers for more details)

patreon.com operates best with international credit cards - however it accepts most international debit cards too. However in order to work - your CC or DB must have 'international - transactions' as switched ON.
If you do not have / do not want to use an international card - then you can also become a member on www.youtube.com/thedeshbhakt/JOIN .... YT membership offers almost the same perks with many more payment options including domestic cards!

Also note - after becoming a member - head to www.bit.ly/thedeshbhakt and log-in. Then head to hello-new-user chat room and follow the INSTRUCTIONS TO LINK YOUR PATREON ACCOUNT TO DISCORD!

44% complete
With 2000 patrons - we would be able to take independent Political & Social satire to the masses - with a full team churning out daily content via Social Media / YouTube / Podcasts.
With this level of support we will finally be able to have our own webpage and LIVE youtube channel making #TheDeshBhakt the satire destination of India.
A full team and a decent sized office will allow for in-house illustrations / fast editing / podcasts / guest interviews / live events / live broadcasts & a whole lot more!