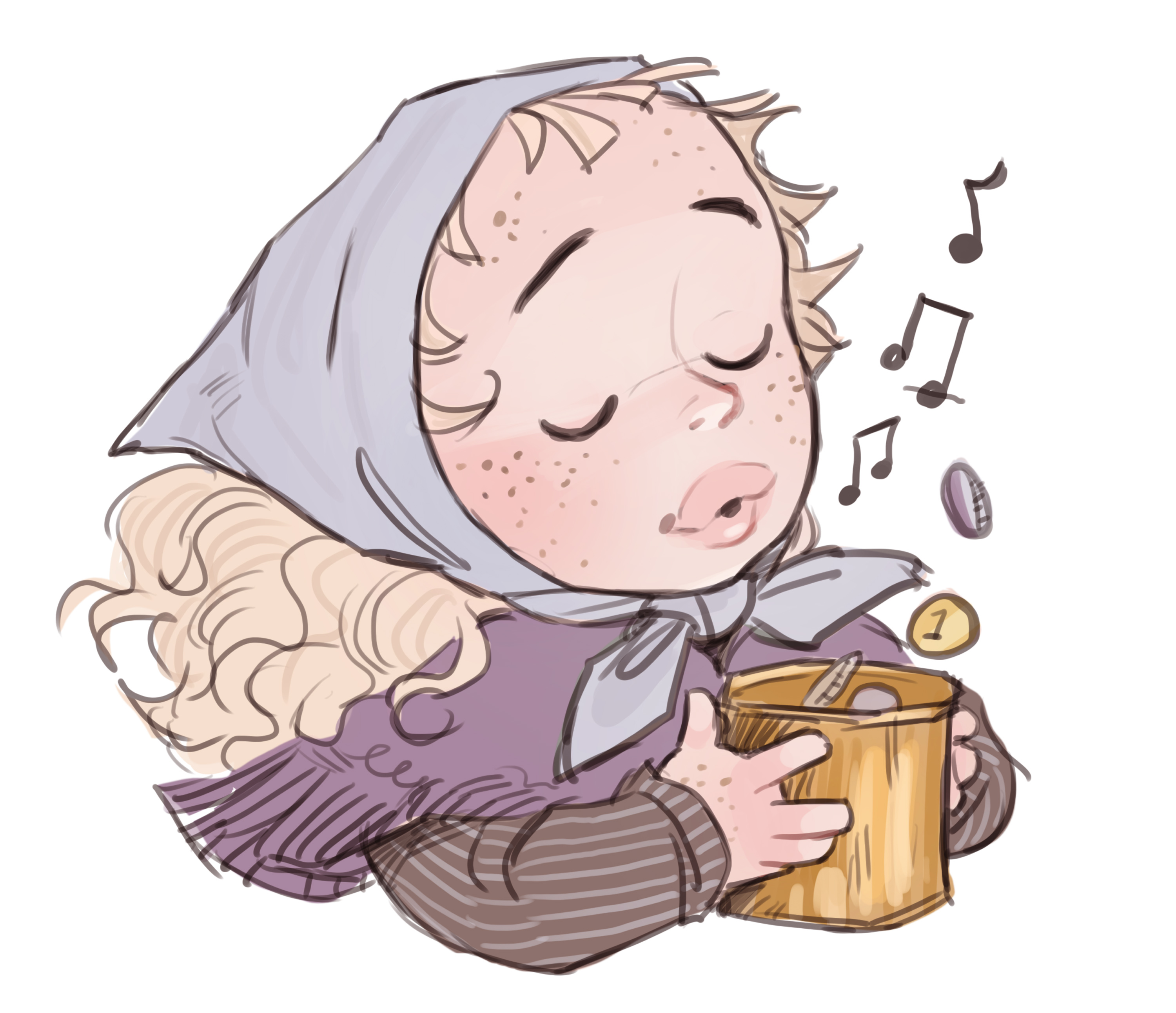 Song for a Tip? :
Thank you for your contribution! This tier is a budget-friendly way to tip the artist--getting you access to sneak peeks and entrance to monthly giveaways!
$2
per month
Join 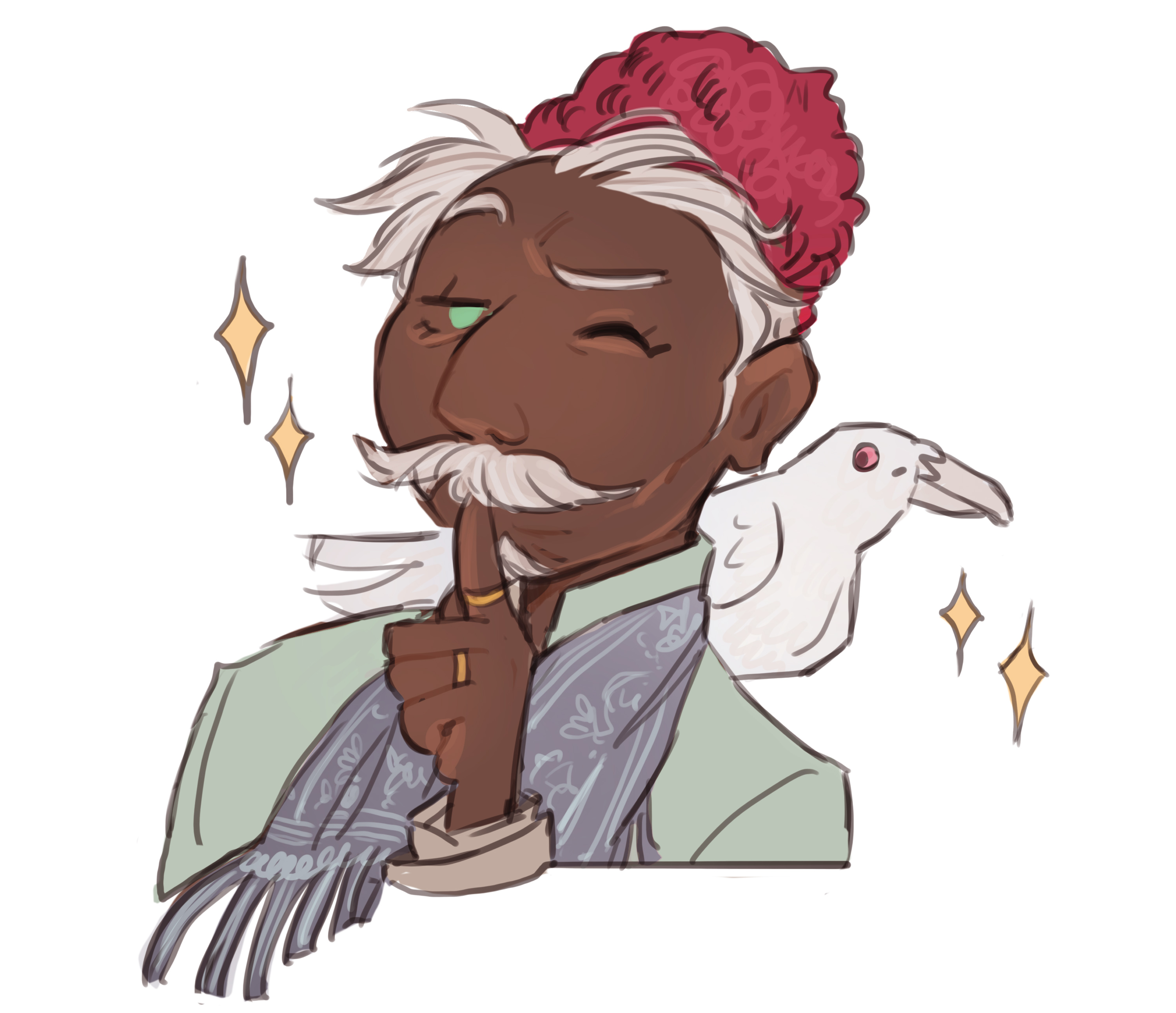 The Casual Theatre-Goer:  This pledge tier gets you access to sneak peeks of art and the comic, entrance into monthly sketch giveaways, and a hearty THANK YOU from me!
$5
per month
Join 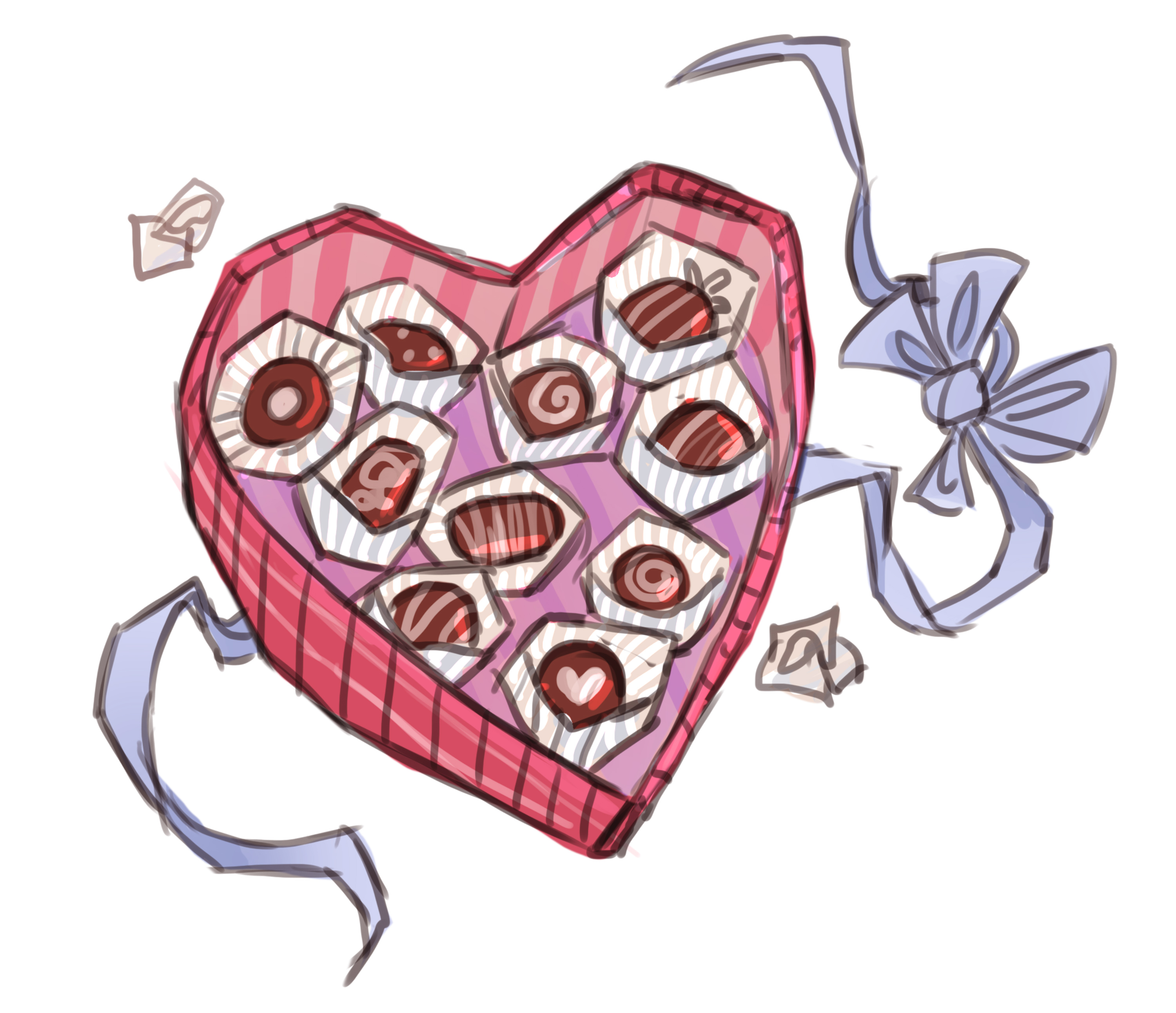 Madame Giry’s English Sweets: You get a personalized thank-you sketch, access to sneak peeks, entrance into monthly sketch giveaways, and my gratitude.

Who Am I?
My name is Beka Duke, A.K.A., @thedrawingduke. I am a college student, artist, oldest of seven (yes, seven) kids, drinker of tea, maker of messes and the occasional monster. I spend most of my time studying and drawing and…drawing. My greatest passion is visual storytelling and I devote a truly embarrassing amount of time to it.

What Do I do?
Oh, all sorts of things. But really, to keep myself organized and moving forward as an artist, I like to create projects for myself! Some of you may be familiar with my artistic exploits such as Skeleton Princess, The Reindeer Games, and Literary Crush Month (featured above). And of course, there is my current occupation involving phantoms and creatures of a Frankenstein-ial heritage…

Oh Yeah, What is that all about anyways?
Fantomestein begs the question "What if Frankenstein's creation did not die and lived on to become the Phantom of the Opera?" What a silly idea, you might say. But, as usual, what started as a bit of a joke on my part has gone on to become a full-fledged comic, school product, and part-time job! The story follows Frankenstein's Creature and his continued struggle to find humanity as he attempts to win the affections of Christine Daae. The story is woven (or "stitched" if you will) from the narratives of Mary Shelley's original novel and Gaston Leroux's spooky masterpiece. If you like gothic lit, ALL the symbolism, and messy art--it's just the thing for you. You can read it here and see some concept art art on my personal page! http://thedrawingduke.tumblr.com

So Why Patreon?
Maybe you’re family, a friend, stranger or fan—and you’re looking for a way to show support to me as an artist but you aren’t quite sure how. Well, look no further! Patreon is great because it allows you to do just that! It works as an on-going kickstarter of sorts—where you pledge to give a predetermined sum every month. In return, you not only get to support me but you also become a valued part of my creative process! You get to see all the top-secret, behind-the-scenes work—plus added patron benefits like secret blogs, polls, forums, discounts, giveaways, sneak peeks, and valued input! Your donation keeps projects like Fantomestein ALIIIVEE!

Thank you for stopping by!