The Blood We Pump 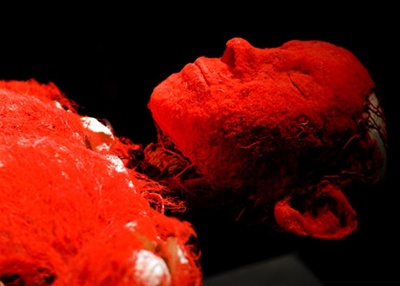 You are the lifeblood of Patreon and artists alike. As your reward for being such to this one writer, you shall receive a monthly digital download of all the work created via this Patreon.


The Air We Breathe

In addition to being the lifeblood of Patreon and artists alike, you are  also the air we breathe. As your reward for being such to this one  writer, you shall receive one postcard a month. Each shall be from my private stash of postcards,  and each shall come with a cryptic message on it in the form of flash fiction on-the-spot created for your eyes only and forever.

My goal with this Patreon is to write, for an audience, that audience being you.

I start with a fragment of a figment and hope that fragment can be coerced into an entire plot. What you’ll be getting here is an inner window to that process of creation, and the first look at whatever it is I end up creating: story, novel, essay, or postcard. I write speculative fiction in all of its forms, though most everything I create is tinged with horror.

This space will be filled with strange(r) of my works. These flash fictions and short stories are often explorations that are weird often in a literary sense, a hybrid of situations found in literary stories but in worlds where anything can and often does happen. And by literary I mean low-key in the way many literary magazine stories inhabit the smallest moments of a person’s life where, objectively, nothing happens except, perhaps, in the main character’s mind. A man who’s had his head replaced waits in line for his turn to die and be reborn. Friends explore a hotel in the city that seems to be on the edge of another dimension. (In many ways, Robert Aickman is my model here—he’s a great writer and I recommend him highly for the uncanny and unsettling.)

In addition to shorter fiction, I’ll also be publishing serialized novels here. One (The Solar Reef) is nearly complete. I’ve pinned the introductory post for The Solar Reef below with a link to the first three chapters, and that will give you an idea of what I’m attempting to create with all of my writing: a sense of wonder at what’s being described, a sense of curiosity as to what will happen next, and surprise at what in fact happens. All with a little horror and a little heartfelt emotion wrapped up in it like a warm blanket or a burrito. (Warning: Do Not Attempt To Eat The Stories)

At base, what I'm offering is a chance to take part in an experiment. If the above sounds interesting to you, please sign up. I'm confident you'll enjoy the ride.

Further Examples Of My Writing, Which You Might Find Interesting In Making Your Decision, And Which Should Give You An Inkling As To What You Should Expect From Your Future On This Site

"The Librarian" on Escape Pod

"You Have Been Murdered" on DIAGRAM

"The Trouble-Men" on Albedo One

"The Mountain" on Daily Science Fiction