Lykanz is creating content you must be 18+ to view. Are you 18 years of age or older?

is creating The Inn 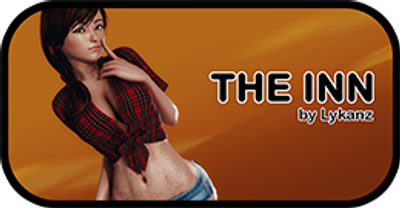 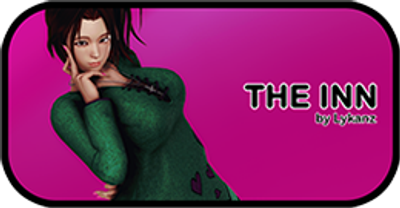 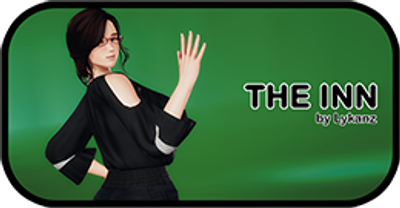 Being a long time fan of japanese Visual Novels, I have played my share of diferent styles, from Pulltop (If My Heart Had Wings, Princess Waltz) to Empress (Starless, Cleavage), so I'm quite familiar with their settings.

I also always enjoyed writing (I'm a fan of silly comedy and science fiction) and over time I developed the need to write a story of my own. This is how "The Inn" came into existence.

The Inn is quite an ambitious project of mine. It's a story driven Visual Novel made in Ren'py. The Inn is a comedic slice of life that pokes fun on common Visual Novel clichés and stereotypes while telling the misfortunes of Mike (this is his default name, you can name him whatever you want), a down on his luck kind of guy who's been trying his life in the big city since he was 18. Life hasn't been kind to him these last few years, but it's all about take a turn for the better (or worse?) when he meets a certain person.

As I'm working on it for some time now, I have the story of Chapter 1 finished and Chapter 2 is well under way. I choose to write them beforehand for the sake of consistency and minimize plot holes.

Chapter 1 is a straight up "choice/consequence" Visual Novel mainly focused on how the protagonist came into the possession of an old house on a small coastal village.

On the long run, I also plan on adding some other elements (Free Roam, Hotel Management, etc) as I get used to Ren'Py.

Recently I've been reworking the code for the game from scratch and adding some new features to freshen out the experience. Here's a little progress tracker if you want to know how the reworking process is going: 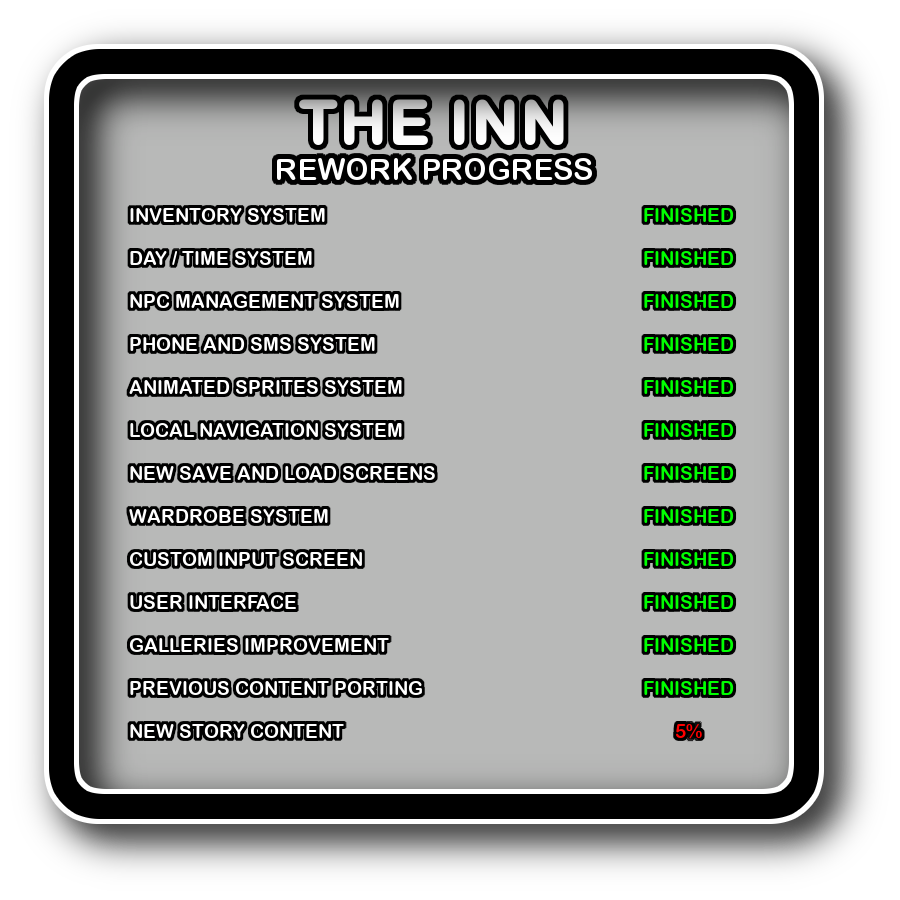 What to expect from the first chapter:

"Why should I pledge to you?"
While I release the game for free, by pledging you will have access to updates several days earlier than the public release as well as joining this project's exclusive community and getting access to Patreon exclusive content (wallpapers, concept arts, calendars, etc).

You can also join my Discord if you want direct interaction with me. Join it so we can chat and have a good one!

All in all, I wish you enjoy what I have done so far as much as I enjoy doing it.

58% complete
If I get to this much, I can safely start upgrading my PC so I can make better scenes.
3 of 4