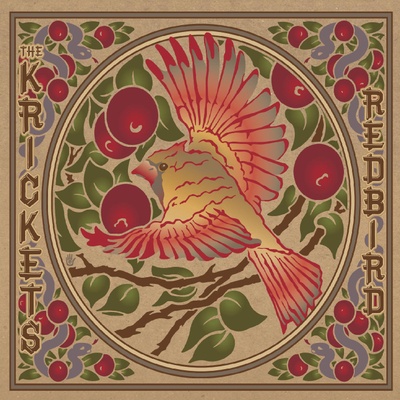 3). And our eternal love and devotion. 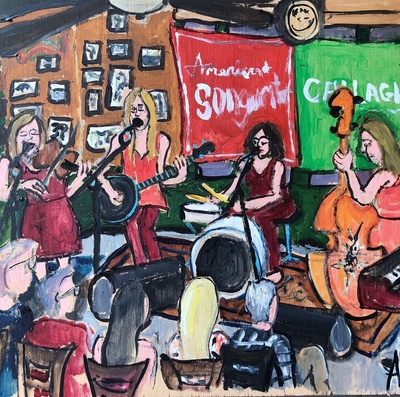 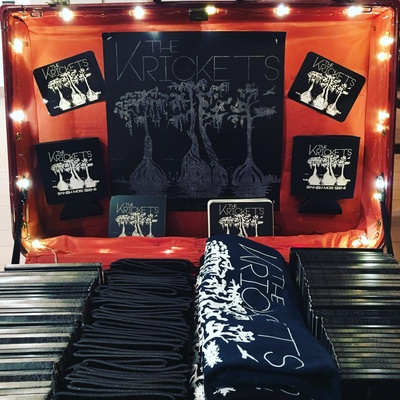 $10
per month
Join
Tier 2 stuff + our Krickets Merch Pack and a download of our album, Spanish Moss Sirens!
This includes:

THANK YOU for supporting our music!   You're clearly an above average human because you are checking out ways to support art.  We are happy to know you.  That being said, we are a female folk band that loves making us some music.   Patreon has created this lovely platform to help us do just that.  A little from many goes a long way in the indie musician's world these days and can mean the difference between a sustainable music career and a non-sustainable one.  We're talking a buck.  Seriously, $12/yr ain't bad to have first and exclusive access to music you dig.  SO....


There's a lot more info on the band at http://www.thekrickets.com, but here's a little back info below:

The Krickets are a female Americana group from the gulf coast who's music is what Paste Magazine called a "a truly stunning, one-of-a-kind sound." The band finished their sophomore album entitled 'Redbird' in May of 2018 and recently brought home the 2019 Independent Music Award for Alt Country Song of the Year for the title track.  Produced by Grammy nominee Sam Ashworth and recorded at Brown Owl Studios in Nashville, this album has everything from traditional country to folk rock all steeped in harmony and earthy instrumentation.
2016 IMA Folk Song of the Year winner for their single "Cool Cool Water," The Krickets are a female swamp-folk band that released their first album "Spanish Moss Sirens" in May of 2016. Produced by Ben Tanner of the Alabama Shakes and recorded in Muscle Shoals, the album debuted at #1 on Amazon's ‘Best Sellers’, ‘Movers and Shakers’ and ‘Modern Folk’ charts. They were also named the 2016 IMEA Folk Artist of the Year. The group originally came together to play a cancer benefit in honor of Cristina "Cricket" Russell. Now, they are able to support the cause by donating a portion of every album sale to The Cricket Fund and Beyond which provides women's health services to the uninsured.
Band members:  Emily Stuckey (vocals, guitar, percussion), Lauren Spring (vocals, guitar, fiddle, banjo guitar) and Rachel Grubb (vocals, bass)

Recent posts by The Krickets