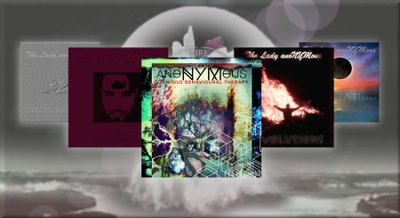 $1
per digital record or short story
Join
Access to Artist's Editions of The Instrumentality Project, Occultation, Jaded; Revolutions, and Cognitive Behavioral Therapy, as well as a rotating selection of rarities; and all paid posts, including Artist's Editions of new EPs and albums! Plus, whatever else I can think of to make y'all feel special...
A Resilient Snail 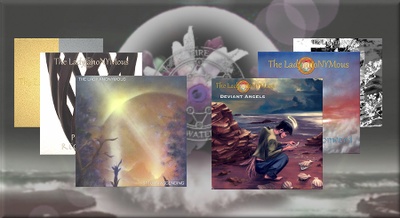 $5
per digital record or short story
Join
All the above rewards, plus:

The EP Deviant Angels; the album Saturn Ascending; Artist's Editions of the albums Dialectical Oservations (Remastered) and Pattern Recognition; the combined EPs Sunward and Moonward; the compilation Nothing Left To Lose with its Companion Album; and the Artist's Editions of the EPs Elemental, Counterbalance, Neoclassism, and With Love, Catatonia featuring artwork by Cyril Rolando.
An Extraordinary Snail 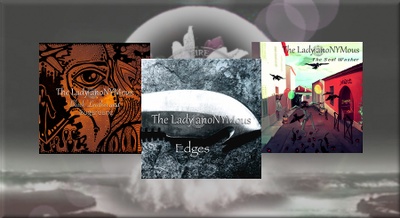 $10
per digital record or short story
Join
All the above rewards, plus:


The albums Black Leather and Sugarcane, The Soul Washer, and Edges, as well as the Artist's Edition-style compilation Legends of the Small 2.0.

A composer of orchestral alternative rock with electronic and metal elements, I adopted the stage name The Lady anoNYMous as a writer and spoken-word artist over a decade ago, performing on stages all over Portland, Oregon in the United States. Once upon a time, I also fronted a few metal projects. However, I'm trained as a pianist. and have played around with every instrument I've been able to get my hands on, but piano has remained my first love. I've been enamored with the music of Tori Amos and Amanda Palmer ever since it first reached my ears, and I've always wondered what it would sound like if piano rock was fused with industrial and trip-hop styles, or if piano and neoclassical styles had a more prominent role in alternative rock in general. So after drifting away from the performing arts and being in limbo for several years, I set out to make the kind of music I imagined, taking on the name The Lady anoNYMous yet again.

Part of my mission is to make my music easily accessible, making it as freely available as I can while still trying to make a living as an artist. This is where patrons of Patreon can help me. With your pledges, I can create the music that I've always wanted to hear, while distributing it to as many platforms as possible, including free streaming sites.

I'm also trying to get back on the horse as a writer, attaching short stories to the mythology behind my music, following the characters Jade (and her friends) and an intrepid snail. I call these Snail Tales. While I'm not nearly as active a writer as I am a musician, I'm hoping to one day have several stories as companions to my songs.

If you enjoy my music and my stories, I would sincerely appreciate your considering a pledge of support toward my creations!