is creating a more compassionate world (and resources for vegan travelers!) 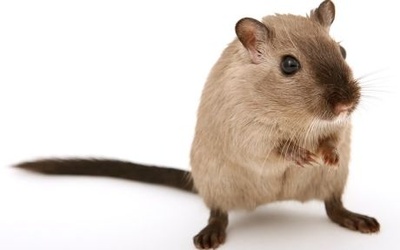 ➤ An insider look at upcoming developments for The Nomadic Vegan that no one else knows about!

➤ Early drafts of my book manuscripts before they are published, and a chance to give your feedback

➤ My heartfelt appreciation and gratitude 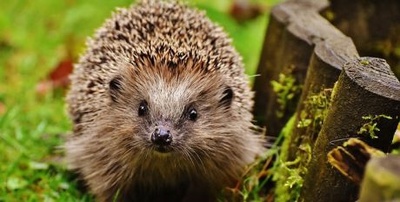 ➤ A free copy of my mini-ebook, “Top 10 Vegan-Friendly World Cuisines”

➤ A personal e-card and thank you message

➤ All rewards at the Nomadic Mouse level

➤ A public thank you on Twitter and Facebook (if you'd prefer to stay under the radar, I’ll give a shout-out to your favourite animal charity instead)

➤ All the rewards at the Nomadic Hedgehog level and below

About The Nomadic Vegan

Thanks for checking out our awesome community here on Patreon!

Hey there! I'm Wendy, the creator of The Nomadic Vegan. I'm passionate about travelling the world, learning foreign languages, and saving lives by promoting compassion for all sentient beings.

So far I've travelled to 100 countries on 7 continents, and I have no intention of stopping anytime soon!

I used to think that becoming vegan would ruin travel. That is, until I actually became vegan, and then I discovered that it actually made travel better, not worse. Wait, what?!

Right after making this mind-blowing discovery, I created a blog called The Nomadic Vegan. The aim of the blog is to empower vegans and aspiring vegans to live their travel dreams without compromising their values.

I scour the globe to uncover vegan treasures in the most unlikely places and show you how you can be vegan anywhere and spread compassion everywhere.

What Else I Plan to Do

The Nomadic Vegan began as a small passion project. I travelled and blogged as often as I could while still holding down a full-time job as a translator.

Recently, though, it has started growing into something bigger, and I feel called to really give it my all so that I can reach more people with the message of compassion for human and non-human animals.

Starting in January 2017, I will quit my day job and devote myself full-time to The Nomadic Vegan. In addition to keeping the blog updated, I will also be creating some online courses and writing my first full-length book.

I have been working on these projects for the past few months, and once I quit my day job I will finally be able to give them my full attention and see them through to the end.

The working title of the book is "Italy for Veggie Lovers", and it will be a vegan guide to Italy. I will be doing lots more writing in the future, and I already have ideas for several more books.

The Nomadic Vegan's tagline is "Be vegan anywhere. Spread compassion everywhere." So far, my work has focused primarily on the "be vegan anywhere" part, by giving people the tools and resources they need to maintain a vegan lifestyle while travelling.

In 2017, though, I will also focus on spreading compassion everywhere, by incorporating vegan education and outreach into my travels.

This may include hosting film screenings, encouraging restaurants to add vegan options to their menus, or lending support to fledgling vegan communities around the world.

How You Can Be Part of It

None of this would be possible without your encouragement and support. As a member of this inner circle here on Patreon, you will be my sounding board as I test out different ideas to figure out how I can be a more effective advocate for the animals.

You can become a patron by pledging as little as $1 per month, though the more you pledge the bigger your impact and the more rewards you get.

Check out the different rewards listed on the right and decide which level is best for you. You are free to change or cancel your pledge at any time (rewards will be sent out after the first billing cycle).

Patrons at all levels will have access to an exclusive feed here on Patreon, where I will share things that I don't share with anyone else. It's kind of like a behind-the-scenes peek at the inner workings of The Nomadic Vegan.

Your support means the world to me! Thanks to you, I am able to create a better world and live the life that I feel called to live.

I can't thank you enough! I look forward to sharing this journey with you and getting to know you here in our community. See you on the inside!

Recent posts by The Nomadic Vegan