is creating a book in 2020, lectures, video essays, and more

Toss some spare change in my hat 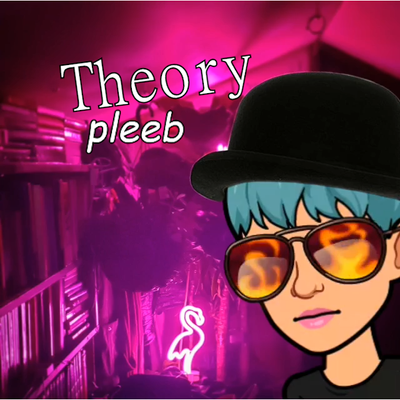 $1
per month
Join
Walking downtown you come across a person hosting a conversation about critical theory on a street corner. You think, wow, this is interesting, so you throw a dollar in the hat and pull up a seat in the circle.
Welcome to the conversation.
At least once per month there will be a live discussion and you're invited to that, as well as any special book related conversations. 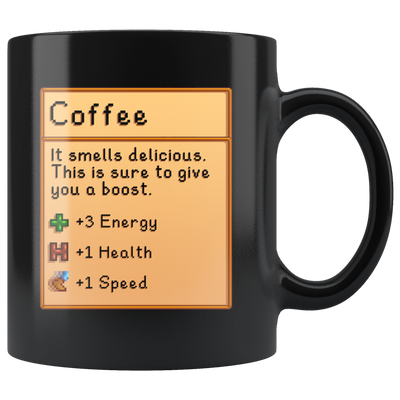 $5
per month
Join
You care about helping this lowly pleeb because you think their work is a useful contribution to either your education, or to others. So you say, "Hey, here's $5. Get yourself a coffee." You feel good inside because you know small donations like this are the bread and butter that give the pleeb a foothold in the world!

Your name will be added to the credits of (most) videos, and you'll get access to any scheduled private discussions. 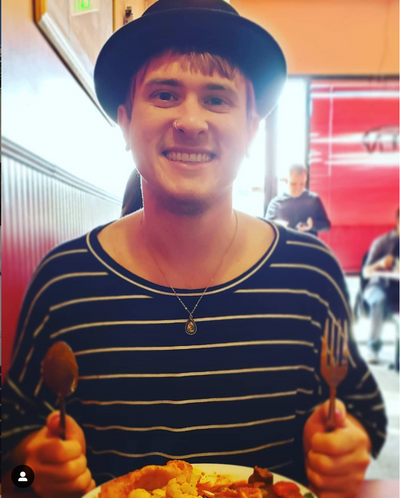 You discover that theory pleeb rarely eats a hearty warm meal. They tend to prioritize their monthly subscription fees for things such as the Adobe Suite, phone bill, podcast hosting, etc. So you say, "Look, seriously, have a warm meal on me this month."

Thank you so much for this support! It makes such a big difference every month. In return you get all the benefits of the lower tiers plus a STICKER!

Hello there! I'll update this someday, and give it a proper introduction. For the time being, I just want to say that there's a kind of patron who gives/withdraws support to pressure me to change. I hope to discourage this kind of dynamic, even if it means less support, because it inherently undermines my ability to think/create freely.

I only want patrons who are 1. fellow pleebs who find my content /useful/, 2. rebellious elites who wanna democratize theory (Engels!), or 3. people who wanna throw a tip in my virtual hat, as though I'm just doing art on the street corner and they're passing by.

Everything here is going to change soon, once I find the time. So stay tuned. The Patreon will get a lot better.

Hey folks, I'm writing my first shitty book in 2020. Patrons get a PDF copy addressed to them, regardless of tier. Why is a book important? Because I have several IN me already and it's time, while I'm focused on getting stable. After 250 hours of Twitch streaming it's time to get focused and organized. After being deplatformed from multiple services (all for different reasons, apparently) it's time to build my own website. After moving around constantly (very expensive) it's time to get stable.

2020 kicks off an important decade. We need new approaches. This book is one part of a larger project that will hopefully fuel something important, what I'm calling "normie socialism." I describe this project in this way: I am an independent leftist philosopher theorizing normie socialism with the tools provided by critical media theory and the critique of political economy.


---Everything below this line is from my old Patreon... it's all still relevant, and pertains to the new and upcoming vision, but it's definitely dated and incomplete---


The purpose of this Patreon is to give me a foothold of timenergy and attention to invest towards the production of videos, podcasts, and blog posts. If you like the work I do, please consider making a small monthly donation!

Have you ever wanted to engage texts such as Plato's Republic or Judith Butler's Gender Trouble, but you didn't want to do it alone, or signing up for a college courses would have cost way too much? If that's just not feasible right now, study with me instead. All of the selections below are books I would love to read and discuss with you. Don't have time for books? No worries, I'll unpack key concepts from some of the most important books ever written in monthly videos. Video production is a lot of work though, so my #1 goal is to raise enough here to free me up from having to work elsewhere, so I can focus on this work.

I believe books, conversations, and concepts can liberate from ideology and help critique and outgrow corrupting systems and institutions of power.

Desperate times call for risky endeavors. To keep my costs minimal I built a tiny house over the summer and am currently living very simply so that I can pursue this career. That means your patronage goes further with me than it might someone else. ;)

It would literally take as low as $1,000 a month for me to NOT have to work on anything besides the organizing, study, and tutoring that I'm doing. Help fight the anti-intellectual tide in this country and raise consciousness around the most pressing issues!

Help me help myself by helping others learn and grow.

What follows is a list of texts you could choose from to read with me with tutoring benefits.
Not a comprehensive list.
I am not an expert on most of these texts, though some I have read multiple times, lead discussion groups for, etc. My goal is not to be a know-it-all for these texts, but to be more like a tour guide. I have strategies and different formats we can implement for approaching different texts.

73% complete
1/4 benchmark
My goal for the first year is $1,000 per month. With that basic steady income I can focus on tutoring and video production.
Help me reach my 1/4 benchmark! Once this is achieved I will release a special video,.