is creating RPG maps and lairs 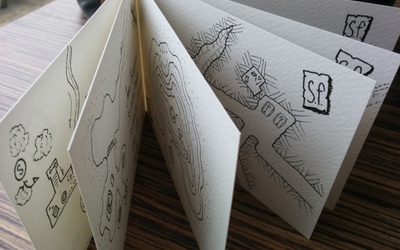 You are the foundation of this creative endeavour. You get: 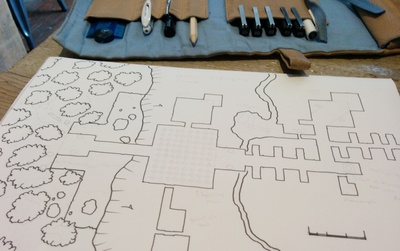 As some who is curious about how these things come together, you get access to: 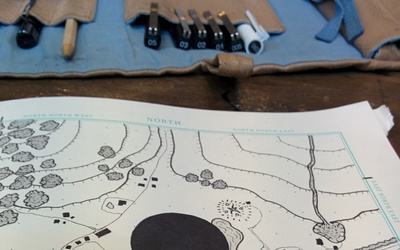 A series of books of maps/text for use with fantasy RPGs, suitable (for the most part) for typical campaigns and can be added to a setting with relative ease.

Since 2014 I have been creating a series of generic fantasy Book of Lairs, using the Adventurer, Conqueror, King System RPG (ACKS for short). After the first one proved successful, I started working on a second book, the Book of Lairs: Urban Encounters, then on a third Book of Lairs: The Vale of the Iron God that was a secluded valley with several multi-page locations, and then back to the original 2-page spread format with the fourth book, the Book of Lairs: Abandoned Places. The fifth in the series, the Book of Lairs: People & Places, ten lairs inhabited by NPCs came out last year, and the sixth and penultimate book, Book of Lairs: Desolation, was released in August 2019, which featured twelve larger locations themed around desolation, and set in a region known as the Desolation.

And now, the final book begins: the Book of Lairs: Dungeons, which I am envisioning as a set of twelve dungeon-tile lairs and another six entrance/exit lairs, that can be fitted together in different ways and produced as a small random dungeon.

In addition, higher tiers receive work-in-progress posts, and additional maps, as well as early previews of additional lair maps for the ACKS: Lairs & Encounters book, which I started drawing more of last year.

For all who pledge, whatever amount and for whatever length of time: thank you! Without your support I wouldn't be able to keep up buying the pens and paper that I use to draw these maps, and I truly do appreciate all the support you have given me.
Thank you,

$45 of $150 per update
Custom illustrations!
For every month at this goal I'll be commissioning art for the book rather than relying on stock art.