is creating podcasts all about the world of Xbox

You like what we do, and want to show some love.


Bronze Patrons will get a once off shoutout during a podcast. We can use your real name or your gamer tag - it's up to you!

On Discord, you'll get a very special Gold title to show off to everyone else.

You really like what we do. You may even consider yourself a fan.

Silver Patreons get the same benefits as previous tiers, but it comes with more of our love.

You practically love us. In fact, if we did this full time, you'd be front and center for all our public appearances.

Gold Patreons get the same benefits as previous tiers, but it comes with EVEN more of our love.

The Xboxcast is mostly a podcast all about the world of Xbox, as seen through the eyes of adults with full time jobs.
We all really try to play and keep up with games and game news, but sometimes real life takes over. Thats where we come in to save the day! We distill the news, the new games and go over what we've played recently, helping you maximize your time and enjoyment from your wonderful Xbox. 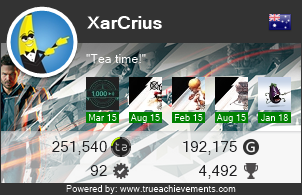 Kyle (GT: XarCrius)
The host and good natured DM of The Xboxcast.
Kyle found the love of console gaming through his friend's PlayStation 1 and it took 10 years to get him to dive in headfirst with an Xbox 360. Final Fantasy XIII was the first console game he owned and to this day has still not completed it, despite his apparent love for the series. Kyle is a tech-head, working in I.T. for longer than he can remember. And he can be found writing about all sorts of things at Kyle Dunkerley DotCom. 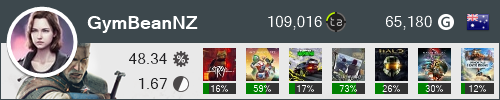 Simone (GT: GymBeanNZ)
Simone is Kyle's official Player 2, and she is obsessed with trying to get her completion ratio to 100% and playing ALL THE GAMES.
Simone's console love stems from many hours in LEGO Star Wars on her trusty PlayStation 2 and has grown to be a formidable Gears of War player. Simone can be found playing action RPG's or the TrueAchievement's Monthly Playlist when not placating Kyle with yet another Sea of Thieves session. 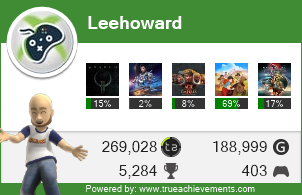 Lee (GT: Leehoward)
Bringing British humor and sarcastic comebacks, Lee is the coolest older gamer anyone can befriend.
Destiny and Forza seem to be his games of choice (as you will no doubt find out) with over 300 hours sunk into both games. Lee actually owns an original, and working, Xbox with the original Halo. We are trying to pry it from his hands and donate it to a museum, but so far he's not letting go.
When not playing Destiny, Lee can be found working as a System Administrator or playing Minecraft with the kids. 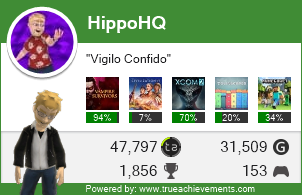 Paul (GT: HippoHQ)
Media Expert and Tea Connoisseur, Paul splits his free time between his studio (Hippo Entertainment) and his YouTube channel (HippoHQ) where he does tutorials and plays his favorite RTS/RPG games.
Paul is the producer of The Xboxcast, making sure we all sound our best for your ears. Ask Paul absolutely anything about Fallout or media production.

8 of 100 patrons
We're on a mission to get 100 people following us here. And when we do, we'll eat a big cake live on stream. And then maybe play some Jackbox. And all patrons will be invited to join!

So, what are you waiting for? Tell your friends so we get cake!

Recent posts by The Xboxcast