is creating a Magic: the Gathering Podcast 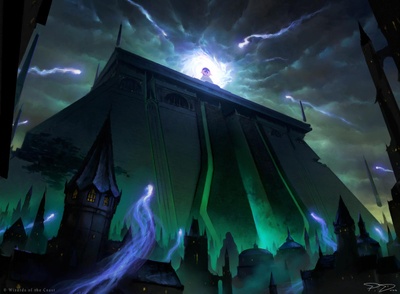 $1
per month
Join
Just want to show your support for Think Twice? This is the tier for you! 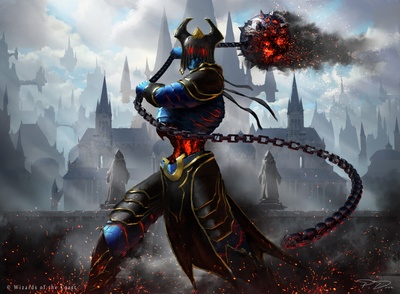 $3
per month
Join
By pledging $3 per month, you'll get 24 hour early access to audio versions of each episodes! You're also granted exclusive Patreon-only Discord channel for as long as you're a supporter at this tier level. 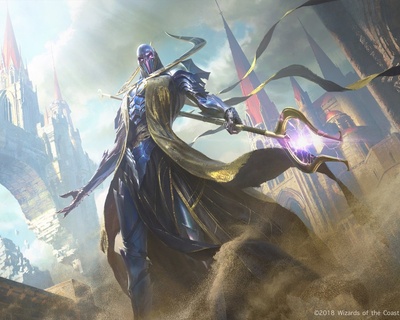 $5
per month
Join
After your initial pledge of $5, you'll be sent a paid of exclusive Ali and Justin Think Twice tokens! You also get a shout out for your initial support! Includes all rewards in lower tiers.

What is Think Twice?
Think Twice is a weekly Magic: The Gathering and pop culture podcast hosted by Justin Parnell, Ali Aintrazi and Stephen Green, Magic content creators with over 60 years of Magic knowledge between them. Think Twice tackles all formats of Magic, cover Magic lore, and dive deep into discussions about movies, music, TV shows, board games, and more. If your interests and hobbies extend beyond cardboard, you'll love Think Twice.

Think Twice is produced by Jonathan Choi, the mastermind behind Commander VS. Check out episodes and descriptions at https://soundcloud.com/think-twice-120683625.

Where is my Patreon support going?

Since the inception of the Think Twice in July 2017, Patreon support has allowed for the creation of exclusive tokens (foil and nonfoil), an exclusive playmat, an additional short, single topic podcast (Flashback), as well as additional Commander related extra like decklists, an Arena League, and the ability to work one-on-one with Stephen and Justin for future decks on their popular YouTube show, Commander VS. Future support will allow us to create more content and merchandise, and over time, upgrade our equipment to give you the best content experience possible.

Team Think Twice
Justin Parnell's world has revolved around Magic since opening a Might of Oaks from an Urza's Legacy booster pack in 1999. Justin loves almost every Magic format, and has provided over ten years of content in the casual formats of Cubers Anonymous article series and Commander VS video series for StarCityGames.com, making him one of the most knowledgeable and practiced figures in each format. When he's not making Magic content, Justin is watching his Duke Blue Devils and Green Bay Packers, discovering new board games, managing his life in the form of spreadsheets. Justin currently resides in Roanoke, VA and is the Acquisitions Manager at Star City Games.

Ali Aintrazi is one of the best deckbuilders in all of Magic: the Gathering, with a focus on unique cards and strategies to attack the metagame. While Ali primarily spends his days streaming on Twitch under the "AliEldrazi" banner, he is no slouch in competitive Magic. With fifteen SCG Open Top 8s, two SCG Open wins, one SCG Invitational Top 16, two SCG Invitational Top 8s one SCG Invitational win (and an Angel token in his image!), two State Champion wins, a US National Champion title, Third Place at Team Worlds and numerous Pro Tour Top 32 finishes, Ali has succeeded at the highest levels of Magic throughout his career. When Ali is not playing Magic, he is spending time with his son, Aiden and his two long wiener dogs, Maggie and Waffles. Ali currently resides in the greater Charlotte, NC area and is a Twitch Partner, Tempo Storm team member and full time streamer.

Stephen Green is a Lightning Bolt aficionado and has been playing Magic: the Gathering since the release of Mercadian Masques. When Stephen isn't entertaining thousands and leading Team Green on Commander VS, he loves Eternal formats and Cube draft where he can show off his competitive chops with a wide variety of deck styles. When he isn't playing Magic, Stephen is an avid reader of Sci-Fi and Fantasy novels and digging into the latest PC games. Sports have always been a big part of Stephen's life, is a Duke Blue Devils fan and enjoys watching his Philadelphia Eagles beat Justin's Green Bay Packers. Stephen currently lives in Roanoke VA and is the Assistant Manager of the Acquisitions Department

Jonathan Choi is a video producer, editor, and coordinator who loves all things nerdy. His passions include anime, storytelling, Magic: the Gathering, and esports! His goal when he produces content is to help others bring their creations to life through video and audio, and eat as many churros as possible along the way!