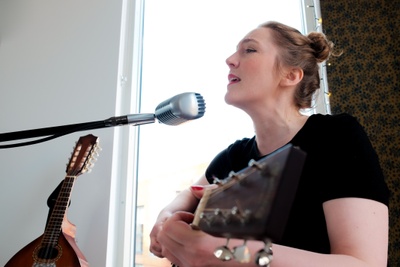 £5
per month
Join
Welcome! Thanks for being here and showing interest in hearing my music. Within this tier, you'll receive:
Sights and Sounds 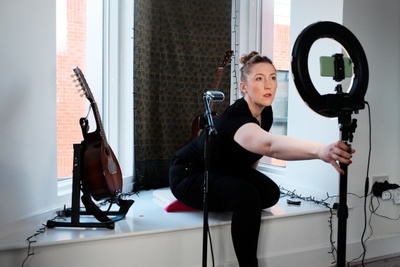 £10
per month
Join
Welcome! Thanks for taking such an interest in the audio and visual aspects of the work I create. Within this tier, you'll receive:
Sights, Sounds and Words 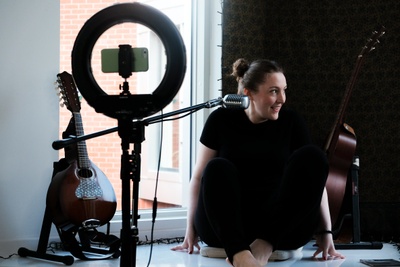 £20
per month
Join
Welcome! I'm honoured at the level of interest you have in my creative work. This tier takes a deeper dive into everything creative and artistic that I do- you get the first look at it all and will be the only people who've seen some of it. How scary and how wonderful! You'll receive:

Hey there, Patrons!
Thanks for considering becoming part of my "team” on Patreon, as I move ahead in 2020 with new, original music in my own, independent little way.

WHERE HAVE I BEEN?!
Well... back in the day when artists could sell CD and downloads, I was able to beat a tiny path through the music jungle, funding my four albums and EP by myself.
But the industry changed hugely and digital streaming took over, which stopped money getting to the original artists who made it. We used to have two ways to recoup the expensive and time-consuming costs of making, releasing and promoting music and videos. One was to play live, which Coronavirus has now sadly put a stop to, and the second was to sell our finished product in CDs and downloads, which is no longer the norm. Commercial artists might be able to take that blow, but for under-the-radar artists, well... it can cause us to lose our homes, struggle to fend for ourselves, and take a 5 year break to change tack and do something else to survive. Which is what I did, and is also where I have been.
Since my last album, I’ve been teaching choirs and vocal workshops (which I also love) in order to put a roof back over my head, which I've now done and am grateful every day for. So I’m back, with lots of new creative ideas, and also because the music model has changed again with Patreon- this time in a very positive way.

WHAT NOW?!
I’m genuinely excited to have found a way to develop a real partnership with my community, to make exclusive work that comes personally from me, directly to you, without any third party interference. For anyone joining me here, you’ll get early access to:
* SONGS (new songs/singles, E.Ps and albums, alternate versions, raw and unreleased demos and rarities before the public hear them.)
* VIDEOS (music videos, sneak-peek performances, webchat Q&As and vlogs before the public see them.)
* WORDS (handwritten lyrics, poetry and musings direct from my personal writing journal, which won’t be visible to the public.)
There’ll be stuff from the vaults, random surprises and everything brand new that’s coming, things I won’t be releasing to the general public or even my non Patrons who follow me on all my social media, because it’s only for the people who have made the commitment to invest in my creativity and what I bring to the world. For the stuff I do end up releasing publicly, you will get it first.
You’ll get the inside look into my writing journals, my unpolished mind and the early, raw stages of everything I usually reserve for myself and my notebooks, voice memos and computer hard drive.

WHY PATREON?!
This space allows an independent avenue to continue my loyalty to the people who have shown loyalty to me. This new model of supporting art feels like the future and I'm excited to get my creations to you directly. It feels intimate, genuine and authentic and will keep me inspired and motivated. A space where artists receive sponsorship directly from the people who want to hear what they have to say on a regular basis seems like a dream that would never be realised, except now it has.

Come join me, whether it’s on a small or big scale. You’re all welcome, all valued, all invited. I'm so pleased you're here, so let’s get started!
Peace and love,
Abi.