is creating Music for You 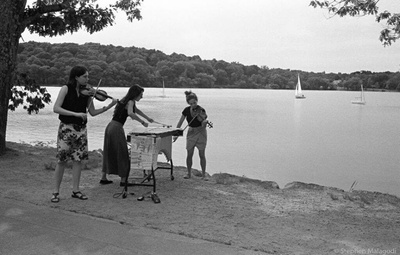 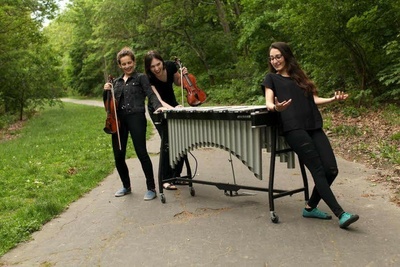 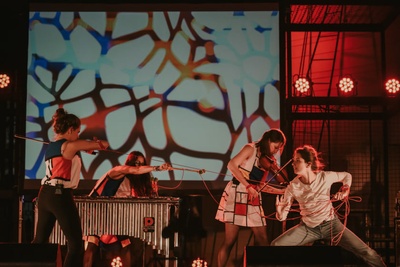 We are improvisers, composers, and performers. Thread Ensemble specializes in interactive performances, creating original ways for audiences to inspire and impact our music and for audience members to become part of the creative process. We do this in live performances around the world, and now, we do this right here through Patreon, with you.

Financial stability is crucial for an ensemble which is constantly creating new work. Your support allows us to continue pushing the envelope with the new ways that we produce music based on the lives of our audience members.

Thread Ensemble always has placed a high value on opening all the windows wide into our creative process. This platform is a way to make this sharing available at every step along the way, especially at moments when we are not performing in live spaces. You can experience Thread’s ideas at every stage: from germination to blossoming!

Thread Ensemble surprises and delights listeners by involving them directly in the creative process. Through its annual series of varied interactive events, Thread Ensemble adapts to each unique audience and environment with original music created in the moment. Thread Ensemble is the convergence of three unique voices: Abigale Reisman and Rachel Panitch on violins, and Andria Nicodemou on vibraphone and percussion.

Thread Ensemble is a 2018 recipient of The Boston Foundation’s Live Arts Boston grant. Their “Interaction Day” in 2017 was funded by a City of Boston and Boston Cultural Council award. Thread’s successful Kickstarter campaign brought together 112 supporters whose stories, drawings, and pictures informed a concert of 12 new works. In 2019, the Bank of Cyprus Cultural Foundation brought Thread’s production of “Win Win Situation” to the Faneromeni19 Festival in Nicosia, Cyprus.

Thread Ensemble has been commissioned to create pieces for a Sleeping Weazel production at Boston Center for the Arts and an anchor performance at Make Music Boston. They have also performed at Arnold Arboretum, Boston Children’s Museum, and the Outside the Box Festival.

Thread formed via an Ensemble Fellowship at New England Conservatory’s Community Performances & Partnerships Department in 2012 where they performed at community centers and schools around Greater Boston. Thread has since been chosen to represent NEC’s Contemporary Improvisation Department in a number of settings including a storytelling residency at Bridge Boston Charter School.