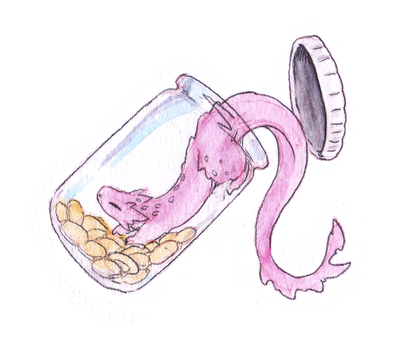 $2
per month
Join
My undying gratitude! 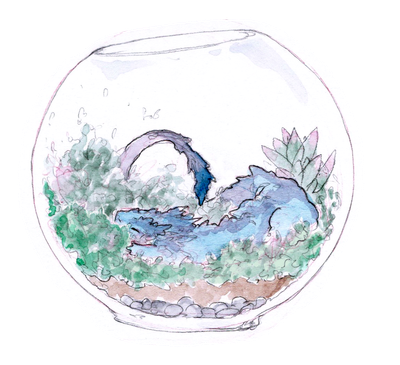 - Early Notification and priority for commission Availability.
- Exclusive discounts on my Etsy store. 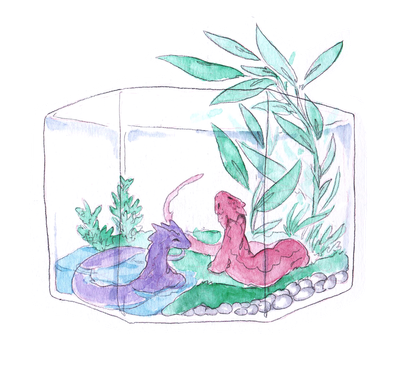 Hello! I'm Georgia (AKA Top-Banana across the internet)

For the most part my patreon will be primarily be where I'll post a lot of WIPs for my own projects that I usually keep to myself.

What are my current projects?

Revived Aeon : Witch Hunt (T+)
My main comic project!
Set in a largely undiscovered world that barely even knows magic exists.
The story follows a young witch named Hazel and her rag-tag family of a   er Magician and Theatre troupe.
Her life is quickly turned upside down when peculiar uniformed figures start appearing in the city.
Witch Hunters.


Terrarium Dragons (All ages)
Set a few years before 'Witch Hunt' , these are a small series of short illustrated stories revolving around a skull-faced witch doctor called Sampioen (A.K.A Sam) whose magic accidentally ended up creating small dragons in glass jars.
And now that's all his magic can do!
Making the best of his situation, he now studies these peculiar creatures.


Fashionable Demons Zine Series
Basically? I like drawing Pretty demons in nice outfits, put together in a zine!

I don't intend to put up any paywalls just early access to work, so if you like supporting me and want to tip me, that's amazing! If you cant afford to, that's okay! What I usually post online wont change!

Other places you can find me
www.etsy.com/uk/shop/TopBananaArt

$148.38 of $500 per month
If by some miracle I ever reach this goal I may cry- no I WILL cry.
This would cover most of my living costs, meaning I can take less demanding freelance work/Commissions AND finally focus more on my own projects!

I would love to create a digital sketch commission for each and every one of my patrons
OR
A Patron exclusive artbook!