Towerfag and his Team is creating content you must be 18+ to view. Are you 18 years of age or older? 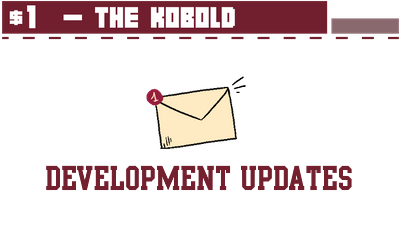 $1
per month
Join
or save 8% if you pay annually
Pledging 1$ grants you:
Includes Discord benefits 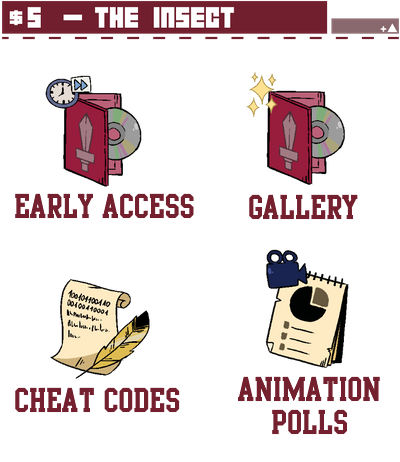 $5
per month
Join
or save 8% if you pay annually
Pledging 5$ grants you all the above rewards plus: 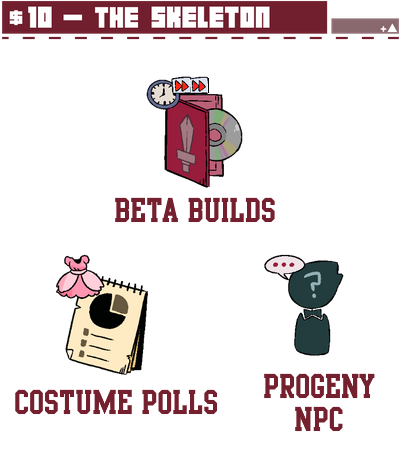 $10
per month
Join
or save 8% if you pay annually
Pledging 10$ grants you all the above rewards plus:

About Towerfag and his Team

All the releases (and much more) can also be reached from our website!

Princess & Conquest has RPG, Visual Novel, and Strategy elements coming together so that you, the Knight, can use all the available mechanics to decide the fortunes of a Kingdom, plunged into chaos after a certain "incident"! 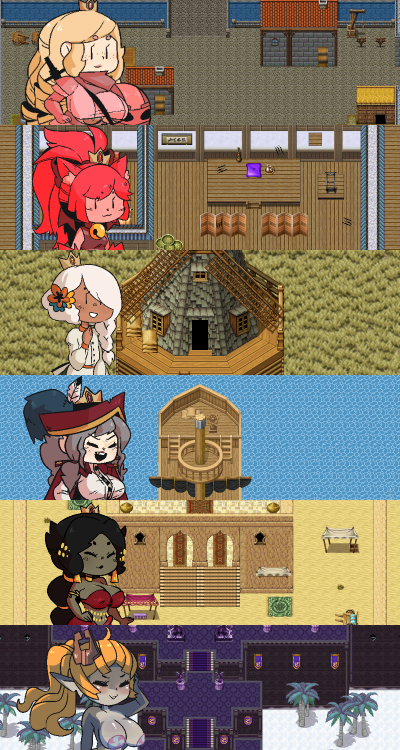 The Kingdom is the huge world you will be adventuring in, with more than 400 different maps and everything an RPG needs: cities, hidden dungeons, secret events laying around, and a lot(!) of NPCs!

The final version of the game will have 20 Reigns (currently working on the 15th) fighting for supremacy, each one of them led by a Princess of a different race or with some unique features!

There are currently more than 100000 possible looks for our characters, across more than 20 different races!!

Visit their Reigns! Romance the Princesses!
There's pregnancy in Princess & Conquest, but that's not the only way to get more companions!
You can also:and many more!

While every Reign is granted to get theirs, many characters that you'll meet around the Kingdom are missing their own lineage of NPCs (called Progeny) and can't be bred yet, but we'll keep adding more as development continues!

The battles areaction-packed, with unique skills for every party member that make them play very differently from eachother! Block using your shield with the Knight, Jump around with Kobold Princess, strike Fear in the heart of your enemies with Ghost Princess and so on!

Stats distribution is also possible through special menus that you can use to allocate the points you get by leveling up! 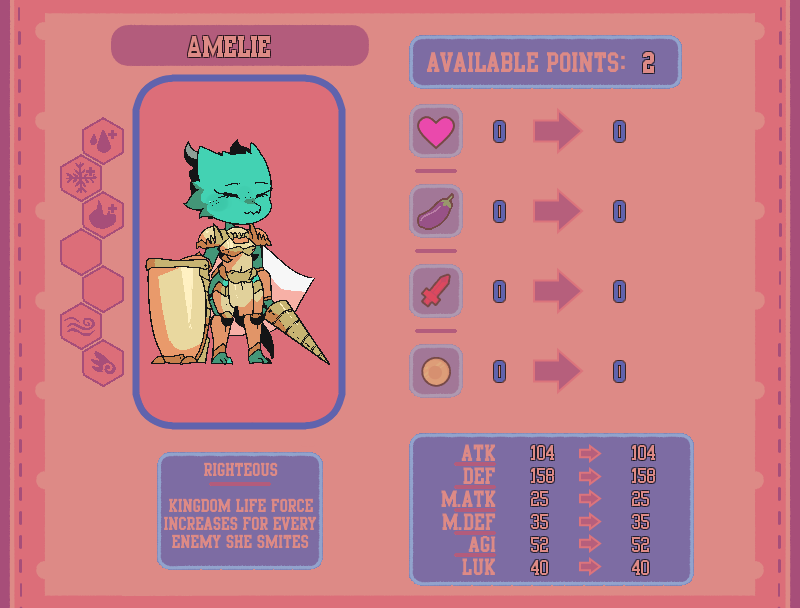 There's a lot of Visual Novel sections in the game, in which we are investing our energies as much as with the RPG and strategy ones! The Campsite alone already hosts tens of events! 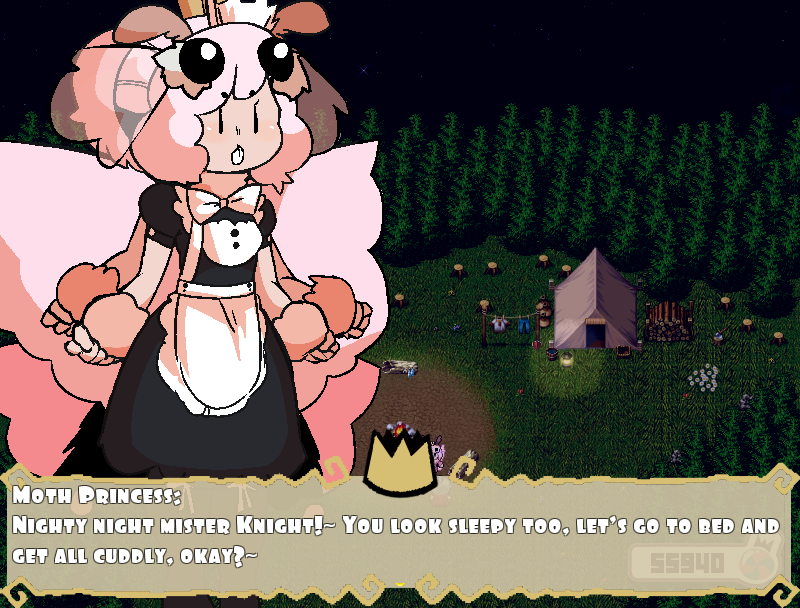 The player can interact with Princesses and NPCs, unlocking their Routes and getting to know them better, in every sense~

Not only there's many Knight X Princess events, but we've added (and we'll keep doing so) many Princess X Princess events, during which you will discover, what they do when they're not adventuring around the Kingdom, their likes and dislikes!

You won't be playing in a static world, the Kingdom will keep changing during your playtime, adapting to the events happening all around you! 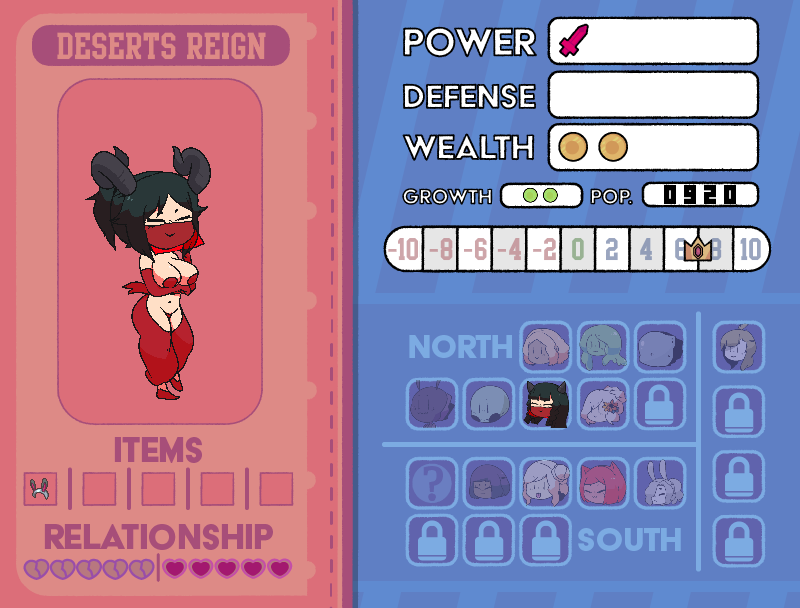 The Reigns can declare war to eachother, they have expenses influencing their growth, they can expand their influence in foreign territories and more!

You can ally with a Reign by supporting their development, fighting their enemies or clearing quests! Likewise, you can sabotage them, making them lose the war for supremacy!

SFW and NSFW animations are always in the making.
When you have a love-y encounter with a Princess or a NPC you will be rewarded with:

Animations (we currently have over 100 NSFW animations!) 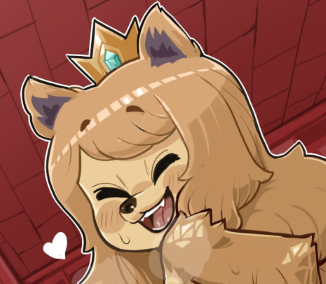 Meet monstergirls (or humans), visit new places, you will always find someone that wants to have fun with the Knight!

The Team, as of now, is composed of:

The game is updated frequently, with a bunch of new stuff added each time!

Recent posts by Towerfag and his Team