Tristin Clark, Author is creating content you must be 18+ to view. Are you 18 years of age or older?

$2
per month
Join
Are you a Secret Admirer who wishes to support the author, but can only donate just a little a time? That's perfectly fine!

With your support, a Secret Admirer is gifted:
Includes Discord benefits

$4
per month
Join
Want to to take this relationship to the next level? Become a Friend and support the author with just a little more than the previous tier!

With your support, a Friend is gifted:
Includes Discord benefits

$8
per month
Join
Want to dive right into Lover status? Become a Lover and you'll be supporting the author with an even higher contribution, all in which will greatly help her to continue writing full time.

With your support, a Lover is gifted:
Includes Discord benefits 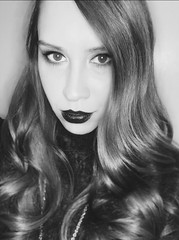 Now take a look at what my exclusive vault of completed, current work in progresses and future stories hold.

Claire and Caleb. Heirs to the family throne. Their fathers left them to rule the company after their retirement. Little do these legacies know. That is not all their parents left behind...
When Claire moves to the city after college, she meets her new business partner and Co-CEO, Caleb, and as all first impressions are made, Caleb has carved his everlasting remembrance into sweet Claire's mind, body and soul, tainting and claiming her as his, forever.
Stubborn and on guard, Claire struggles with fighting to open up on what she clearly is hiding, but that's not stopping Caleb. He's made it his mission to claim and be there for her, the woman he has secretly longed for since the day he found and held her crying self in his warm arms many years ago.
Still haunted by that day, Claire chooses to go on, living each and every day the only way she knows how, by running from the pain. Running from the memories. That is until she finally gives in, allowing Caleb deep within the darkest part of her mind.
A whirlwind story of romance, betrayal, suffering, and drama... No one ever said life was fair. Not for these two star-crossed lovers. Both broken, coming from tragic backgrounds, life has never been easy for either one of them, but together, do they learn that they are stronger, whole, happier.
Destiny has a dark way of bringing these two soulmates together, but it's up to them to choose how to live it and how to go forward.
You can only run for so long until your past catches up to you, and when it does, does Claire realize, she no longer must fight alone, but now alongside that man who promises to always be there for her, forever.

OUR COMPANY AND THE SECRETS WITHIN:  The Broken Souls Trilogy: Book Two - AVAILABLE EXCLUSIVELY ON PATREON. (COMING SOON to Tier 1 - Friends and up)
After the events of the deaths of their fathers, Caleb and Claire choose to put the past behind them, and carry on with their lives, leaving the darkness, secrets and trauma

buried deep within the pits of their fathers graves, but some things in life just refuse to stay buried.
A dark, haunting past comes back to haunt its latest victim in this sequel of OUR COMPANY and The Secrets Within, and it won't stop until it claims what it wants.
Haunted by their fathers secrets, tortured by a past he's worked so hard to forget. Life is only about to get much more wild, as Caleb and Claire uncover a series of truths and learn just how much their families have kept hidden.
Join Caleb and Claire on another dark, erotic ride full of mystery, suspense, passion and drama and be there for when the past makes itself known.

A COLD WINTER NIGHT - AVAILABLE EXCLUSIVELY ON PATREON, WATTPAD & INKITT (ONGOING) (Tier 3 - Soulmates and up)
"When we say winter's here are brutal, we mean it. Cold, unbearable and deadly. If you've been through half of what I've been through, then you'll understand... Winter here sucks."
Clara's life takes one earth shattering turn, after a cold winter night. A night that took everything from her, leaving her with nothing but pain, guilt and denial. Forced to replay the last precious moments she had with her loved ones. Those moments right before she lost it all, Clara refuses to accept the reality that maybe, just maybe, the ones she lost, are never coming home.

One year later, Clara has decided that she has endured enough. She accepts reality and chooses to meet it with a dark choice that would put an end, to all her suffering.
That is until she meets him, Edvin. A lonely man on the brink of death, left out to face the cold winter night.
It was destiny that the two should meet. It was fate that had them cross paths, and it is their love that will heal their bleeding wounds.
Life works in ways one may never understand, but for Clara and Edvin to have found one another on the same cold night that they did, maybe the only hope of surviving the cold winter, is in the warm embrace of one another.
"I suppose if I was to be rescued by anyone, then I am lucky it was you. You saved me, Clara."
"In a way, I think it was you who saved me, Edvin. I think we saved each other."

During a time where mysterious and gruesome murders are happening around the small town of Hollowcreek, Emilia, a troubled teen with dark secrets, meets Austin, the new boy in school. One stare into those piercing blue eyes of his and Emilia finds herself falling into

the sinister, and dangerous gravitational pull of which surrounds him.
His presence draws her in. His whispers make her tremble and his touch, brings her to her knees. There's no escaping him. There's no denying him and there's definitely nowhere to hide, once he's buried himself deep, inside her.
Ominous. Alluring. Erotic. One would be a fool, to fall for this peculiar stranger. Cue the warnings from those closest, not even her friends can detach her from the one dark soul who craves to own her in ways she could never fathom.
Austin. His mission is simple, court his Emilia, and make her his forever bride, but in order for that to happen, he must first: earn her trust and two: make her fall in love with him, or face the repercussions of scaring her away indefinitely by revealing what he is, too early on.
With lives lost and many dark secrets revealed, will Emilia learn to accept Austin for who he is, the villain from the darkest shadows beyond, or will the monster who’s found his way inside her, destroy everything, they have worked so hard to build?
One thing is definite of course. Life has never been more terrifying, more thrilling and more out of control.
A monster is coming, and he’s craving more than one, sweet, human soul.
THE DARKNESS INSIDE OF ME: The Immortal Chronicles: Book Two - AVAILABLE EXCLUSIVELY ON PATREON. (COMPLETED) (Tier 1 - Friends and up)
There's no out running the darkness, when it's buried deep inside you...
After meeting the mysterious blue-eyed boy, Emilia's human life as she knew it, would forever be forgotten, lost and irrevocably devoured by The Monster Inside Her.

He stole her light. He took her soul and now he's made his claim. Emilia is his. His sweet, sweet soul. Now consumed by the raging fire that burns within her, Emilia is thrusted into a new life, she could never prepare for. A life full of passion. A life full of adventure and a life full of an eternity of trails, and tribulations. No one ever said being an immortal would be easy... especially when you were possessed by one as wicked as your devil mate. The Darkness is here, and it burns hotter than the boiling pits of Hell.

THE DEVIL'S CLAIM - A Prequel: The Immortal Chronicles: Book Three - AVAILABLE EXCLUSIVELY ON PATREON (COMPLETED) (Tier 1 - Friends and up)

What would you do, if the Devil came for you?
Would you run? Would you hide, or would you give into your deepest, darkest sinful desires, and risk it all, just for one... little... taste... of him? The Devil who wishes to consume you whole.
Set in the midst of an apocalypse, Lucifer rises, bringing with him, a series of cataclysmic events. As cities fall and countries burn, Katherine, an over-worked nurse, struggles to keep up with the high demand of casualties, pouring into her hospital from the broken streets of Hell on Earth. As the world continues to crumble around her, Katherine's only surviving hope, rests in the warm arms of her only friend and lover, but when said friend is taken, all that she is left with, is... nothing. That is, until a certain, tall, dark and handsome Devil, walks into her life and changes her world forever.
Seductive, ominous and all consuming. For this is a tale of when Lucifer met his Katherine. His love, his life, his everything. For what a better duo, than two lost, lonely, broken souls, both fated to be together, in a time that wishes to see them apart? Destined to rule. Destined to fight. Will their love prevail or will it go down, into the eternal flames of doom?
Never has there been a romance more challenging, more heated and more out of this world, than between these two forbidden and utterly relentless souls.
A war is coming and the only thing the fallen angel and his Kitten have, is time, for time is the ultimate weapon and with it, do they have the power to change it all.
So, I ask you. What would you do, if the Devil came for you?
Would you run? Would you hide or would you risk it all, to vanish into the night, to come out landing into the unknown?
DEMON'S SOUL: The Immortal Chronicles: Book Four - AVAILABLE EXCLUSIVELY ON PATREON (WORK IN PROGRESS / ON HOLD) (Tier 1 - Friends and up)
Book Blurb Coming Soon

THE MONSTER INSIDE OF US ALL, PART ONE - The Immortal Chronicles: Book Six - AVAILABLE EXCLUSIVELY ON PATREON (COMING SOON) (Tier 1 - Friends and up)

THE MONSTER INSIDE OF US ALL, PART TWO - The Immortal Chronicles: Book Seven - AVAILABLE EXCLUSIVELY ON PATREON (COMING SOON) (Tier 1 - Friends and up)


Copyright ©️ 2021 Tristin Clark.
All Rights Reserved. All work created and posted on this account is the property of Tristin Clark.

11 of 100 patrons
I'm setting my first goal to 100 patrons. When I hit this mark, I will release two short stories called,

The Immortal Chronicles Presents A Short Story Featuring
Aza And His Quest to Conquer Earth!
A Collections Of One Demon's Greatest Earthly Adventures Before He Met His BFFL Emilia