$1
per month
Join
Our profound thanks for your appreciation of our ongoing work to promote South African music to the world. We'll give you a name-drop on the show!

$5
per month
Join
Along with our profound thanks for your support, we'll include our $5 Patrons in the end credits of every show. We'll give each new Patron a dedicated 'welcome to the club' dedication on the next available show, along with your song request (email us at [email protected])

Join the Tune Me What? Family!

$10
per month
Join
Our $10 Patrons will receive the above recognition, and in addition will be sent a seasonal gift from the Tune Me What?  Team as a token of our gratitude for your generous support.

About Tune Me What?

Tune Me What? is podcast, blog and labor of love by Brett Lock and Leon Lazarus that highlights South African music and artists of all stripes at home and around the world. 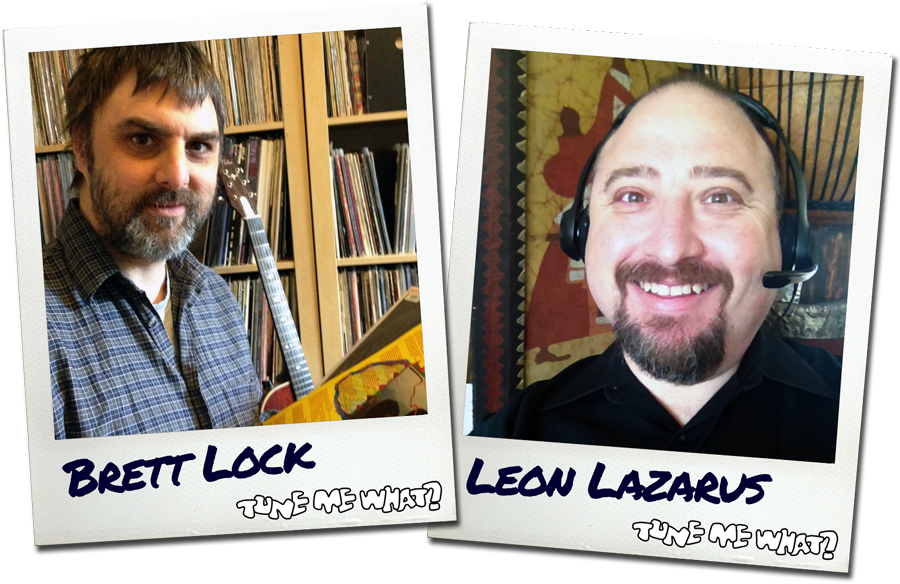 It’s hard to say why, even today, most South African music is still a well-kept secret and why so few SA bands gain international attention. We have many theories why this is the case, but one thing is certain, it is not is a lack of quality, creativity and talent. We’re sure you’ll agree when you join us in listening to the great many records that have come out of our home country, and hear from the people that made them, or made them possible.

The sheer diversity is staggering: from joyous pop to deeply moving documents of the country’s bloody history, from rock, rave and disco to some serious jazz, from the a musical melting pot in eleven official languages and as many cultures to the urban noise of the city and the harmonies of rural homes, the beat goes on and the South African song is endless.

So much so that after four years and over 120 shows we've hardly scratched the surface, but with so much practice, we're getting quite good at producing and engaging show with reasonably high production values - at least for for a couple of amateurs driven only by the love of the music we play!

It's been hard work though, but it has been appreciated. We're listed as one of 25 "Essential Podcasts" by Esquire Magazine, our 'controversial' episode about the film "Searching for Sugar Man" got a double-page spread in a national newspaper, and we've also had the pleasure of welcoming some iconic musicians as guests on the show.

So, whether you’re a South African at home or living abroad and want to enjoy a mixture of nostalgia and news, or even if you have no connection with the country but want to explore some new musical styles and sounds, we hope you will be intrigued and entertained by Tune Me What? and enjoy it enough to give us your support as a Patron.

$9.68 of $2,000 per month
For the past four years Leon & Brett have been funding "Tune Me What?" mainly out of their own pockets and from tips left in their PayPal "jar" and producing the show in their spare time. It's time to go to the next level, they say:

"This year we want to up our game and to do that we need a budget to source even more music to play on the show, conduct more interviews with artists and industry pundits, promote the show, and to introduce a new brand feature to promote unsigned and independent talent on the show. To move from an "enthusiastic amateur" production to something more "semi-pro", reaching more people, and spreading the word about the brilliant music from South Africa, we need your help!"

Recent posts by Tune Me What?