Twin Soul is a puzzle horror video game that takes place in an distant and desolate town somewhere in Eastern Europe. A player should face frightful creatures and solve twisted puzzles to survive. The game raises a variety of social problems, the expression of which can be found in the appearance of monsters, the environment and the characters themselves.

The game takes place in a post-Soviet industrial city, in a seismically active zone.

There are more and more missing people over the past few years in the peninsula. According to local legends, they all could be the victims of abnormal earthquakes.

Two boys, the orphans, were raised by Alexey’s aunt, replacing their mother. But friends went their separate ways. Sergey rose to the rank of captain, got into the investigation department and moved to the capital. Alexey became an engineer at a local plant, but he caused the deadly accident, so he was sent to prison.

Two weeks before the game action, an aunt was brutally murdered. Alexey returns to an empty apartment, Sergey also goes to his hometown suspecting a former friend. An earthquake caught them off guard, so they find themselves locked in a huge empty house full of strange aggressive creatures.

You can choose each of the characters for playing to see the story from both sides. Characters have to work together to move forward and survive, also the player’s actions will affect whether the characters will become friends again or remain enemies.

The White Noise Team was formed while working on the Alchemilla project. The project was released for free, without any commercial goals. The game was being developed for about 6 years, which proves team's ability to go through with ambitious projects. The game was developed for about 6 years, that proved team`s ability to complete the game until its release.
Team members also had experience with various PC and mobile games. 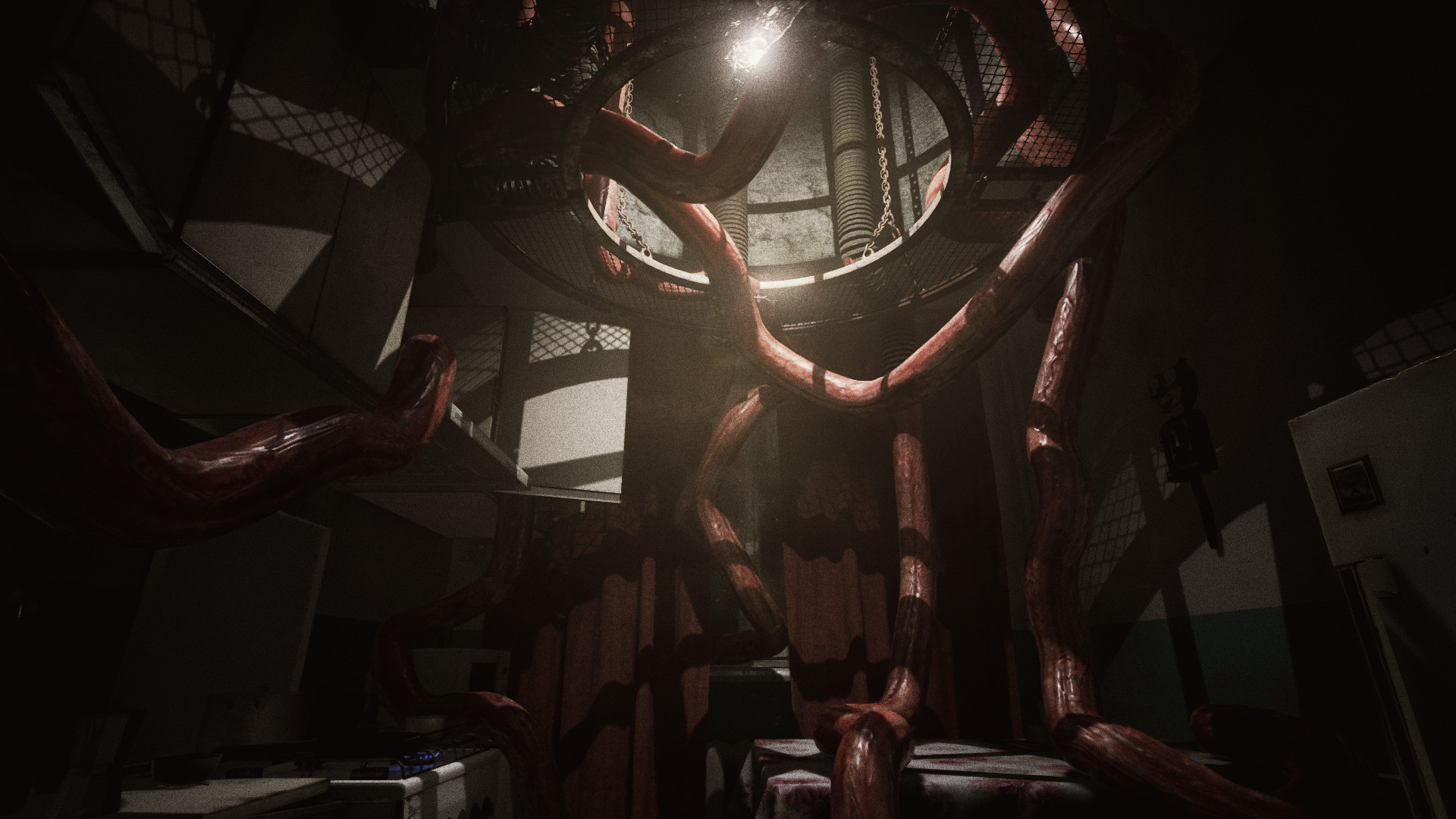 The main achievement for team - Alchemilla project. It is the one completed serious project by formed team. The game was designed mainly for fans of the Silent Hill game universe, it was not advertised and did not have advanced distribution mechanisms. However, Alchemilla was able to get fame among fans of horror and adventure games and it received very positive feedback (average score is 8.6 out of 10).