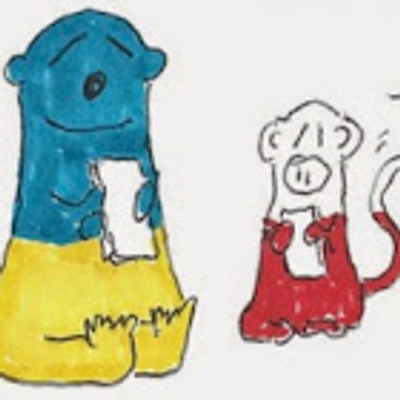 Ever wanted to know why videogames are the single most powerful art-form of the 21st century, but were afraid to ask? All will be revealed for the low, low price of $5/month! (Or you can read our work with a three months delay at https://mdc.academia.edu/DennisRedmond. Don't feel guilty, we know y'all are as broke as we are).

Subscribers get in-depth analyses of specific games, the field of game production, the democratic struggles of the digital commons, and transnational gaming publics. Also, you will have the moral satisfaction of knowing you supported the greatest videogame criticism of the early 21st century.

Videogame Criticism For The 8 Billion

Uplink intends to fix this. Uplink is a monthly magazine featuring world-class analyses of videogames and videogame culture for you -- the videogame artists, players and fans of the whole world. That's right, world-class cultural criticism is now available at near-freeware prices.

OK, But Really -- What Does Game Criticism for the 8 Billion Even Mean?

Today's videogames deliver some of the most innovative and compelling story-telling of our time for some of the largest audiences (2.4 billion today, all 8 billion of us on the planet tomorrow), and on some of the most powerful digital platforms -- so it's not surprising videogame criticism is broken.

Mainstream videogame journalism is too beholden to advertising dollars to bite the hand of pre-launch hype which feeds them, professors are too busy with teaching and the tenure track to address non-specialist audiences, and fan sites don't have the resources to cover videogames with depth or consistency.

This is a shame, because videogame culture is creating new and amazing forms of collective creativity and transnational solidarity. The very best of today's videogames are building communities which transcend the borders of class, nationality, gender, race, ethnicity, sexuality, linguistic identity, caste and confessional status.

Why I Need Your Support

Enter Uplink. My goal is to bridge the yawning abyss between critical cultural theory and the nether gulfs of the Youtube comments section. Where the mainstream media dumbs everything down for the sake of maximum profit, Uplink's mission is to level up the consciousness of the 8 billion of us who work for a living, for the sake of digital citizenship.

But I can't do this alone. I am not currently employed in academia, I have no significant financial resources of my own, nor am I employed by the videogame industry. For much of the past year, I've been located in Asia, researching the digital audiences of some of the world's most innovative media cultures (e.g. Singapore and South Korea). My living expenses are low, thanks to the generosity of friends, but keeping current in gaming does require a minimum level of funds which only you can provide.

Your donations will pay for internet access, a gaming PC, and game purchases.

A Bit More About Myself...

Between 2005 and 2019, I wrote a free quarterly webzine covering videogame culture called Uplink, which was very much the test run of this Patreon (a digital archive of forty-one back issues is available here). Between 2006 and 2017, I taught university classes in Communications at the University of Illinois, at the University of Texas at San Antonio, and at Miami Dade College. While most of these classes were communications and speech classes, videogames were a key part of the curriculum. (I should also note that in my past life as a scholar of Comparative Literature, I taught classes in Literature at the University of Oregon from 1996-2000 and received a PhD in Comparative Literature in 2000 -- excellent preparation for studying today's narrative-packed digital worlds).

I received my PhD in Communications from the University of Illinois Urbana-Champaign in 2012 for my dissertation on videogame culture. I've published academic articles on franchises such as Grand Theft Auto and Minecraft, and in 2018, I completed a book called Worlds to Win, analyzing the role of transnational audiences in CD Projekt's magnificent The Witcher 3, Bethesda's impressive albeit flawed Fallout 4, and Ross Scott's brilliant machinima series Freeman's Mind. For further details of my background, see my online bio.

A special literary trophy for readers who 100-percented the onerous mini-game of reading this cash-sponging screed to the bitter end: Uplink's profile pic is a floral display from the 2019 Chiang Mai Flower Festival. The profile pic is that of a "vedmidʹ z lʹviv" and a "małpa z warszawy", legendary sky-pirates said to be exogenous to this galaxy. Subscribers will be hearing more from this mysterious duo.