is creating Better lives for Bettas 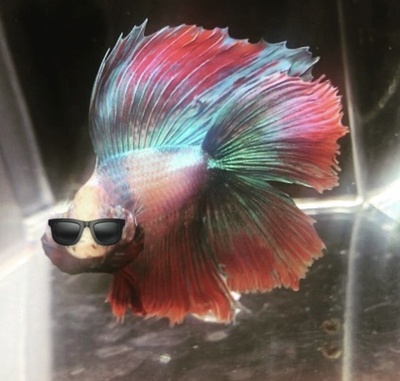 $5
per month
Join
The backbone of the resuce

This betta rescue started out as a far-off dream but so far we've saved over 85 bettas and counting!

While most pet store fish do make it to a good home, there will always be the bettas that fall between the cracks. I deal in the hopeless cases that without a second chance will die without immediate intervention. I specialize in bringing back bettas from the brink of death and then nursing them back to health so that they can be adopted out to their forever homes. I've dealt with SBD (Swim Bladder Disorder), dropsy, emaciation, gill hyperplasia, cancer, body wounds, fungal infections, external and internal parasites.... the list goes on.

This journey started with a pair of bettas, both of which went on to make full recoveries. Odin was a blue dumbo male who's infected eye had ulcerated out of his skull, and Patches was nicknamed "The Spine with a Mouth at One End" due to his extreme emaciation and finmelt. After doing everything I could to save them, I noticed that this was something that I was really good at and I couldn't stop after saving just two.

The question became, why not save all that I can?

so that's exactly what I did- I started a Betta Rescue. In between studying for my senior classes as a pre-vet student I moonlight as a betta vigilante, hunting down fish that need help and fighting for the better ethical care of bettas in stores. Over the past year I've been blessed to save 43 different bettas.

I'll admit that it gets expensive doing this on my own. Medications are not cheap and often have to be ordered online, and the space to keep these fish in good conditions can get crazy in a dorm room. Your donations will help provide food, housing, life-saving medications, and all of the time that these beautiful fish need to recover.