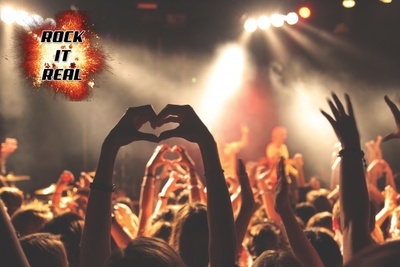 $1
per month
Join
By pledging $1 per month you are on the way  to appreciate some great South African rock music! 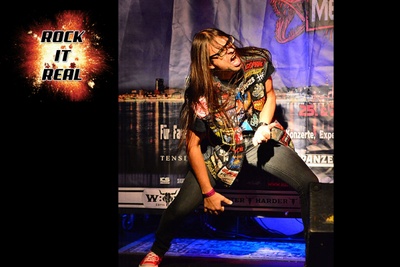 $5
per month
Join
By pledging $5 per month you show your appreciation for good South African rock music!
Just remember that as a patron you will get early notifications of what's coming up on the YouTube shows. As soon as we know, so will you! 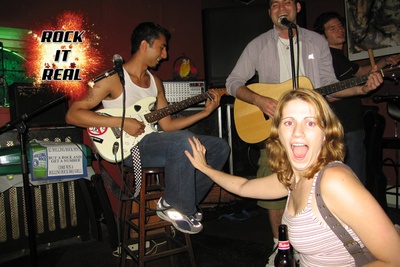 $10
per month
Join
By pledging $10 per month you show your appreciation for good South African rock music!


Just remember that as a patron you will get early notifications of  what's coming up on the shows. As soon as we know, so will you!


Groupie patrons names will be added to our "Groupie Hall Of Fame" on our social media page!


The Rock It Real production team

About Rock It Real

It all started with the Rock It Real radio show that has been around for 8 years; hosted by Aidan Harper under his presenter name of DJ Squeek (Aidan was also the music journalist for Cape Times’ “Top Of The Times” for 10 years). He has interviewed the likes of Celine Dion, Graham Gouldman (10cc), Ed Kawalzyck (LIVE), John Lodge and Justin Hayward (Moody Blues), Gary Brooker (Procul Harum), Adrian Smith (Iron Maiden), Ian Hill (Judas Priest), Will Turpin (Collective Soul) and many more.

The show was created as a platform that mainstream media lacks and it focused on real music giving exposure to new bands and discovering new SA rock music while at the same time bringing undiscovered SA rock to the forefront and showcasing bands that would usually be passed over by mainstream channels. It began as a pre-recorded show and then to a weekly live online broadcast. The shows have uploaded to the Mixcloud podcast platform (https://www.mixcloud.com/aidan-harper).

Now… The radio show has evolved and we have assembled a quirky and fun production team to create an off-the-wall SA music TV show, ultimately providing a platform to promote the starving musicians!

Most music and lifestyle TV shows are pretty much the same format: A few music videos, a basic community gig guide, some news and the interviews are scripted along the lines of “where are you from”, “where did you get that band name from” and “how long have you been together” etc, etc… Rock It Real shredded that script and will be delving into the lighter and more unconventional side of music industry journalism.

In order to achieve this, Rock It Real’s TV show will be targeting the ‘funtrovert’ side of its audience using visually dynamic and exciting content while still giving valuable information and playing seriously good South African rock music. The show will air online for starters and once established, it will be pitched to satellite channels.

As the Rock It Real team has been an integral part of this scene for so long, it understands the musicians, the fans and the industry so it won’t be your normal run-of –the-mill music TV programme. Forget thinking out of the box… Rock It Real threw the box away a long time ago.

In order to be able to do this, the Rock It Real TV team needs funding for production and some operational items.

Content and features:
Once we hit our goal of $4500 we can kickstart the project. We will be doing a pilot demo episode to show you what the show will be all about!

All our patrons will get to see the shows before anyone else and also be privy to all our extras and patron only video content and posts!

Aidan Harper (DJ Squeek):
Aidan is extremely passionate about the South African entertainment industry and has been in the industry since the late 80's in various capacities:

Aidan also lectured on the various aspects of the music and film industry and has been invited to speak at many seminars, workshops and conferences.


Aidan has an innate understanding of both industries and will be bringing the two together using his knowledge, experience, exposure, resources and skills (and being a well-known music journalist, industry and radio personality to boot!) to follow the natural progression of creating an online SA rock TV channel. Taking Rock It Real to the next level!

Len Fletcher:
Len has over 30 years of professional broadcast television and corporate program experience as Lighting Cameraman/DOP and extensive experience in all fields of broadcast television from documentaries to dramas, commercials, motor sport to music videos, reality, news and everything in between. Len operates comfortably as ENG/PSC and EFP Lighting cameraman on all single-camera HD formats. He is also a capable multi-camera OB and studio Lighting Cameraman.

Chantel Collen:
Chantel has been in the music industry for two years, booking bands for various venues and specialising in social media, PR, media and marketing.
Chantel was the co-producer of Rock It Real radio show and special pod-casts doing content research and running the social media and marketing campaigns.
Chantel is a partner in MyMusicMatrix CC and is an integral part of the project management and conceptualisation process.

A BIG Rock It Real TV welcome to all our patrons!

Our first goal is to hit our first target of  $3000 so we can kickstart our series. We will shoot each weekly show three weeks in advance to allow for promo and for patrons to see the show here before we upload it to YouTube.

Check out our membership tiers (Music Fan, Rocker, Groupie, Backstage Pass and Road Crew) to see how you can help the Rock It Real TV production team attain their goal!

In the meantime, we will be releasing some images and clips to let you know what the show will look like.

Recent posts by Rock It Real