Ker is creating content you must be 18+ to view. Are you 18 years of age or older?

is creating Harem, an adult RPG 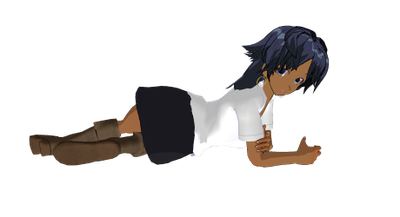 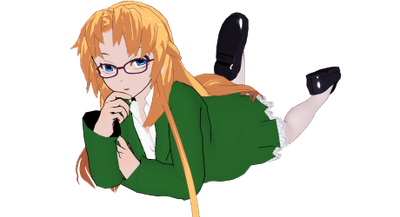 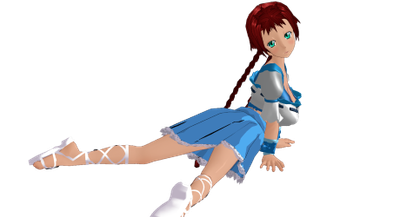 Current Public release version c8m4.2, actual link on blog (RTP required)
RTP Link (only needs to be installed once)
Current Patreon early access version c8m6
Development Poll ($2+ pledge)
CG pack downloads ($2+ pledge)
Current Early Access ($5+ pledge)
Discord Information ($5+ pledge)
Current Standard Unlock ($10+ pledge)
Current Legate+ version, includes bonus scenes ($25+ pledge)
To replay the Patreon scenes, download the game from the Early Access link and then the unlock (replay.rvdata2) file and put the replay.rvdata2 file in the main directory for the game.  The content can be accessed through the replay mode.
Contact:  [email protected]
Twitter
Hello!
Thank you for visiting the Patreon page for Harem!Harem is a story-drive adult RPG using RPG Maker Ace and 3dcg for the illustrated scenes.  You are a traveler from a distant, unknown land on a desperate quest to save your homeland.  A cabal of mages cast a curse on your people, making the women of your land barren and promising to end your country in a single generation.  Shipwrecked in a strange land you know nothing about, an angel saves you and bestows you with magical powers.  As you explore this new land, you will become ensnared in the politics and plots of its inhabitants as you seek to build a harem of beautiful women to bring back to your people to give birth to the next generation.  But there is far more going on than what you see at first and you will discover that nothing is as it seems.

Note:  This is definitely game only for adults.  If you are legally a minor, please come back when you are an adult.

Development ideals:
-To create a complex backdrop for the story with rival power centers, plots within plots, and little that is what it appears to be a first glance.
-To create a compelling plot that dynamically adjusts to the player’s choices and actions and having your play style ultimately affect the entire world.
-To create arousing/erotic sex scenes, fully illustrated in 3dcg, throughout the game. This is an adult game and sex is a huge part of it and it should be enjoyable to read/watch.
-To keep the focus on enjoying the game and the plot. While it is an RPG and stat/inventory growth will be part of it, the focus will not be on combat. The focus is on the sex and story at all times.

Development cycle:
I am doing my best to stick to a monthly release cycle.  So far there has been a monthly release over 90% of the time, but it is not a guaranteed thing.  Major releases are what drives the main plot along, adding new major characters to the story and your harem.  Between ever Major release there will be minor releases which are focused on getting to know existing characters better, learning more about the land you’re in, and building your strength through sidequests.

Team and Progress:
I am Ker, the lead designer, programmer and a bit of everything else thrown into one.  I have been working on Harem for the better part of five years now but realized how inconsistent the code and early writing had been in the project, so last year I decided to start from scratch, convert the game from VX to VX ACE and rewrite nearly all the content to a much higher standard.

But I don’t work alone, there’s a handful of people supporting the development with their own skillsets.  HirotonoRei does all my proofing, is an invaluable sounding board for new ideas and has taken on some of the sidequest design and writing.  Ninjician takes care of all the actor sprites.  Hunter 769 helps with creating/improving maps in the game and takes care of whatever scripting I need done.  He’s also part of testing team which also includes Omnibomb and TheHiddenOne.  t51bwinterized has joined the team as a writer, for now focused on Fiona and Angelica.  JBurton allowed me to use his replay scenes script and I’ve used others that I’ve found online.  Finally, Ikatashi_Paku has volunteered to write out a detailed walkthrough for the game to help people discover all of its content.

Why Pledge?
Harem is and will remain a free game, available for download without any donation or purchase.  The primary reason I would want you to pledge is because you enjoy playing the game and want to contribute to its development.  Currently Patreon is my income and if it becomes sustainable I’d love to work on this full time for years.  But that’s dependent on me being able to keep a roof over my head while doing it.  Which makes it dependent on you to support me to let this happen.  I have created some specific rewards to Patrons.

Patron Rewards:
All Patrons get access to specific Patron polls which gives me direct feedback in the way that you want to see the game developed.
At the $2 level you gain access to a CG pack released.Instead of the small images the game uses, you get the HD versions of the images I create for your viewing pleasure!
At the $5 level you get the new content earlier as well.  Typically, you will get the monthly release somewhere between the 5th and the 15th of each month, rather than near the end of the month with the public release.
The $10 tier adds in a CG unlock file.Just drop the replay.rvdata2 file into the base directory and all the new scenes are unlocked immediately.
At $25 you get access to bonus non-cannon scenes.  These are scenes that don’t occur in the main game and are unique to Patreon.  Either things that could have happened but didn’t, or things the game didn’t focus on while they were happening.  I’m trying at add another 1-2 per release.
$50+ lets you commission scenes.  Tell me what you want to see.  If you have a fantasy or fetish that you’d like to see the characters in Harem perform, I’ll write a custom scene with full images for it.
$100+ will give access to my development SVN.  See Harem as it's being developed, get access to an unencrypted version of Harem, and play the game literally before it's ready!  Note:  The SVN is usually buggy and filled with juvenile tit-jokes.

Harem uses the monthly subscription model for Patreon (with a twist).  Every month I release new content and every month you continue your pledge you’ll receive the rewards.  I'm part of the testing group for pay on pledge which means that it works directly.  You pledge, you get charged and you have access to your rewards.  Look through my posts, you should see a post between the 5th-10th usually with links to your downloads per tier.  If you have any issues finding it, don't hesitate to let me know through a message/email [email protected]

Conclusion:
Again, I want to take the time to thank you for playing, visiting, and hopefully supporting further development.  I am trying to create a game that many people find to be enjoyable and love all the feedback I get on the game.  I’ve hope you enjoyed the game as much as I’ve enjoyed creating it!

$757.78 of $1,000 per month
This milestone would allow me to consider Harem as a legitimate part time job allowing me to dedicate ~20 hours per week developing it.  That should be able push the development to a 3-4 month cycle.
3 of 6