Extra Interlude Voting
$1
per month
Join
Anyone who donates anything at all, ever, will be able to vote on End-Of-Arc interludes forever. But if you are a current patron of at least 1 dollar per month, you will receive extra points that you may divide as you please among any of the options.

For example, normally, if there are six interlude options, donators rank those option with their favorite receiving 6 points down to their least favorite receiving 1 point, and the highest number wins. If you are a current patron of at least one dollar per month, you will also have three extra points that you may add to your favorite, or split up as you choose. This amount increases by one with each reward level. When you receive your end-of-arc interlude voting e-mail, it will include a note of how many extra points you have to spend.

Early Commissioned Interludes
$3
per month
Join
Commissioned interludes, also known as mini-interludes (though some are not quite so mini), will be available to both the person who commissioned them and to any patrons at the 3 dollar or higher amount one day earlier than they are released to the public.

All patrons at this level will also receive four extra points to be added to end-of-arc interlude voting.

Includes Discord benefits
Early Regular Chapters
$5
per month
Join
Any patron at the five dollar or higher level will receive access to regular chapters one day earlier than the general public. This will not delay the release of the regular chapter at all from what it has been. They will still come out on Mondays and Fridays. If you are a 5 dollar or higher Patron, you will receive access to the chapter on Sunday and Thursday.

All patrons at this level will also get the early commissioned interlude from the three dollar level, as well as five extra points to spend on end-of-arc interlude voting.

Well hey there, guys and girls. Good morning, good afternoon, and good evening to you all. My name is Cerulean. Well, not really, but let's go with that for now. I write fiction online. I started out writing fanfiction. Some good, some meh, but all a learning experience. My biggest entry into the world of fanfiction has been writing within the world of Worm, created by Wildbow, where I have two still-ongoing stories, Atonement and Intrepid.

Both of those stories, as well as more writing that I've done, have been massive learning experiences. I've grown a lot, and began to feel that the time was right to strike out and write my own original fiction. To that end, the story Heretical Edge was born. Later, Heretical Edge finished its first year/book at over one million words and has since entered into Year/Book 2. In addition, a second story, Summus Proelium, has begun and already has over eight arcs completed.

But most important is the question of... what are both stories about?

Most easily classified as an urban fantasy/detective/action, Heretical Edge revolves around Felicity 'Flick' Chambers, a teenage girl who is brought into the hidden world of the supernatural when she is accepted as a student at Crossroads Academy, a place where humans known as Heretics train to hunt and kill the creatures known as Strangers, monsters from mythology who secretly prey upon humanity. Heretics fight these Strangers using a combination of fighting prowess and a unique blend of magic and technology.

Soon, Flick learns that not everything at this school, or her own past is as it appears to be. Questions continue to mount, as Flick and her new classmates struggle to survive in this dangerous new world, while discovering the truth about the connection between Heretics and Strangers. 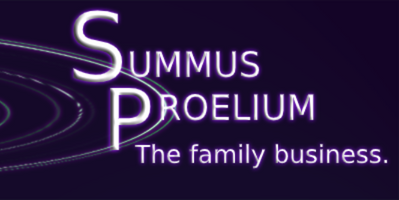 In a world that had superpowers emerge since 2000, Cassidy Evans is a rich girl in Detroit (it got better since supertech revitalised the economy). One day, she witnesses a murder and has to run from the gangsters who tried to silence her. She gains superpowers and narrowly escapes, but learns that the world of supervillains is much closer than she thought.

Since it was begun in October, 2015, my writing website originally updated twice weekly, Mondays and Fridays before six pm pacific time. That has since changed to three times a week with Wednesday added. Updates alternate between stories, so one week, Heretical Edge will update twice (Monday and Friday) while Summus Proelium will update once (Wednesday). The next week, they will swap places. There are always a minimum of three updates a week.

I write as much as I possibly can, because I love to do it. But in order to continue writing as much as I have been, I'm going to need help.  Because as much as I love to write, I also like things like food and shelter, those pesky little nuisances of life. That's where you wonderful readers come in.

Any help that you can give, absolutely any at all, would be absolutely amazing, and earn my unending gratitude. I have always wanted to be a true writer. To do that, to achieve that goal, would be a literal dream come true.

Payment is not required to read my stories. I want everyone to be able to read what I write, no matter your current situation. I will not hide content behind a paywall. Your money, however much you choose to spend, will ensure that I continue to produce more content for as long as you wonderful people wish to have me.

On the other hand, I do want to reward people for being so kind and generous. To that end, while content will never be locked behind a paywall, anyone who donates at least 3 dollars a month will receive all interlude chapters one day earlier than the public. Those who donate at least 5 dollars monthly will get all chapters one day early. And those who donate at least 10 dollars will be able to choose a five hundred word snippet they'd like to see once a month.

Beyond all that, everyone who donates anything at all will be able to vote at the end of each arc to see what interlude they would like to see out of a list of options. Donors will not exactly shape the course of the story, but you will nudge it slightly and choose what characters or storylines you'd like to see more of at that time.

In the end, the short version of everything I've said so far is that  I'll keep writing for as long as I possibly can, for this story and many more beyond. I thank you, all of you, for your support. Not only monetarily, but for your simple attention as well. You give me your time, and I appreciate that more than you know. From the bottom of my heart, thank you.