is creating a better world for farm animals through rescue and education. 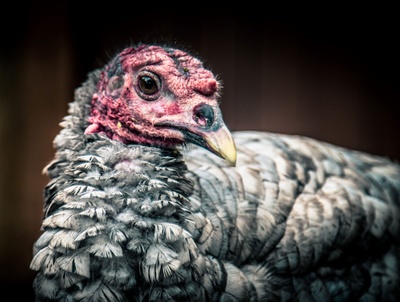 $3
per month
Join
With a tax-deductible contribution of $3 or more per month to the animals of Critter Creek Farm Sanctuary, you'll receive access to exclusive photos, live streams, and updates! 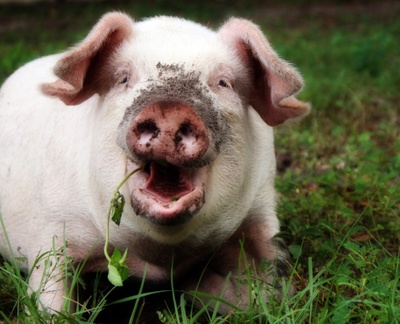 $5
per month
Join
With a tax-deductible contribution of $5 or more per month to the animals of Critter Creek Farm Sanctuary, you'll receive access to exclusive photos, live streams, and updates! 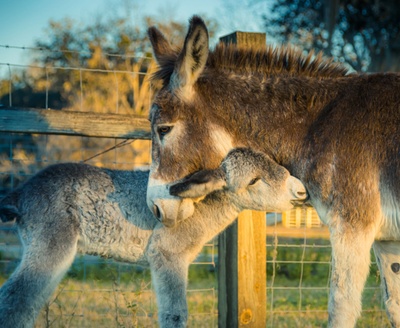 $10
per month
Join
With a tax-deductible contribution of $10 or more per month to the animals of Critter Creek Farm Sanctuary, you'll receive access to exclusive photos, live streams, and updates! You'll also receive a holiday card at the end of the year!

Critter Creek Farm Sanctuary is a 501(c)(3) founded in 2016. Our driving mission is to promote compassion for farm animals through rescue and education. To date, we have rescued nearly 200 animals and have grown to become the largest cow sanctuary in the United States. All pledges and donations are tax-deductible (EIN 83-2914563).

I'm Erin Amerman, the founder of Critter Creek Farm Sanctuary. My road to rescue started where most such things naturally begin: with a rat. At age 7, my mother told me I could finally have my first pet, a hamster. Ecstatic, I went to the pet store to pick out my hamster. But as I held a couple hamsters, who only wanted to pee on me, bite me, or run away from me, a sales associate asked me if I had ever considered a rat. The young woman explained that rats are wonderful little animals, but no one gives them a chance. I held the rat, and there was no biting, there was no running away. He did pee on me, though. Guess which animal I came home with?

That rat, named Templeton, taught me a lot about how society can treat very differently two species of animal who would seem to be very similar. See, most people did not like Templeton--I even had adults tell me they wanted to feed him to a snake. This confused me. They liked hamsters and gerbils, but wanted to kill my sweet rat? The only difference was the way they saw Templeton.

As I got a little older, I noticed that this differential treatment extended to other animals. Why do we love horses but kill cows by the billions? Love dogs but feel nothing for pigs? Find eagles majestic but see no beauty in chickens and turkeys? None of it made any sense to me, and by age 14 I had given up animal products.

Giving up animal products just didn't feel like enough, though. So, my ambitions grew, and I started rescuing rats and mice. When I graduated college in 1997 and married my husband Chris, my ambitions grew larger and we expanded our rescue efforts to include dogs, ferrets, and cats. But I needed to still do more, so one day I announced to Chris: "We need to make a lot of money. I have to buy at least 100 acres, and it has to have a creek, because I want to open Critter Creek Animal Sanctuary." To his credit, he took it in stride. Maybe he hoped I wasn't serious (I was), or that I would forget (I didn't).

Fast forward a few years to 2015, and we were finally able to purchase a 200-acre farm and forest that even had a huge creek system. We finally had our Critter Creek! We chose to focus on those animals about whom we so often forget, those who are among the most abused and neglected on the planet: farmed animals. Critter Creek Farm Sanctuary was born. We rescued our first cows in 2016, and we haven't looked back. We now have two facilities totaling 410 acres and a fantastic team of sanctuary workers and volunteers.

I'm really thankful to my mother for being open-minded enough to allow me to bring home a rat instead of the expected hamster. The lessons I learned from having Templeton in my life at such an early age helped foster compassion and empathy for all animals. These lessons are what would ultimately lead to Critter Creek Farm Sanctuary. So, thanks Mom, and thanks Templeton.