Hiddenwall is creating content you must be 18+ to view. Are you 18 years of age or older?

is creating a Visual Novel

Trying on gear for the first time, sword is a bit heavy, but you have a heart of gold and ready to fight!

There is no reward but thank you so much for your support!

You wipe the dirt and viscera from your face and turn towards your enemy. This is nothing compared to what you have faced. You grip your sword hard and charge back into battle.

You not only get access to the most recent Patreon Build when it is released but I will also add your name into the credits section as a supporter.

The ultimate guard, pinnacle of knighthood, savior of the realm.

The sun doesn't shine brighter than you.

You not only get access to the Patreon Build when it is released but I will also add your name into the credits section as a supporter. In addition you will be able to influence what story path gets released before the others through polls as well as offer other general input into the game.

Man, where to get started. I suppose I can talk about my passion. Video games are my life and I've always been attracted to books. Put them together and you have the best of both worlds. Something about fantastic stories that take you to far off distance lands, a way to escape from life if just for a moment, to become entrenched in a tale so wild, it is this feeling that I love about fantasy. After playing a few other visual novels I suddenly had a drive to make one myself. So I created Kingsguard. I already had a concept floating around in my head for quite some time, nothing developed, just an idea. When I found a program for making visual novels, Ren'py, it kind of set off from there. A year later, and with a bit of money saved up I released the first part of the story I had worked so hard to craft, and today it is still growing.

This project is small, just a single person working on the writing and a bit of the programming, with some help from a few individuals for editing and quality purposes, and of course the artists, but that doesn't discourage me from wanting to get this story out there.

Well, I think that is all there is to say about me. I hope this story takes you to that far off place, a home away from home, an escape from reality.
Now onto the actual game itself.
And for those are interested, my FA page that started it all is here:
Hiddenwall's Furaffinity Page
The current public download is found here:
Windows Public Build - 1.00

Kingsguard begins on the continent of Torvair, a large island divided by three nations. In the bustling city of Havena, a young prince trapped in his own castle by his distant father soon learns that his sheltered and peaceful life is not long to last. With the assistance of those known as Kingsguard, selected individuals to serve as the bodyguards of the royal family, he flees his home to escape those who would wish to end his life and is forced to travel this unknown world that he has only ever read about in books. His journey will be dark, grim, and full of despair, not at all like the fanciful heroes in shining armor roaming the land atop a gallant steed to rescue damsels from the terrors of the night. No that is best left for tall tales and bedtime stories to ease children to sleep. This is no dream come true nor an adventure anyone would wish for. But it is one that he has no choice but to see it through to the end. 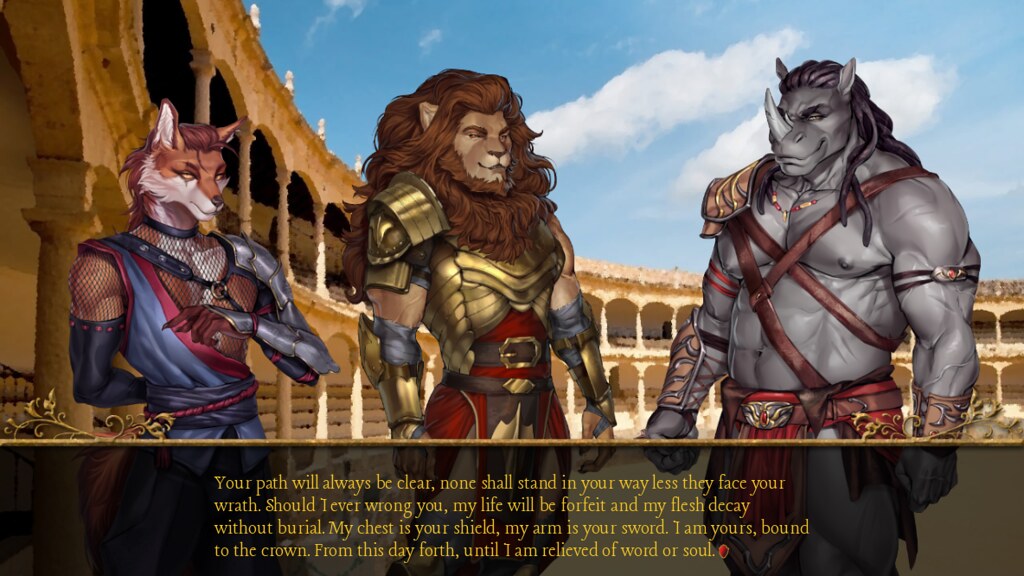 Kingsguard is considered a non-linear visual novel so your choices will bring about changes to the story, open up new dialogue, and even affect the ending. To fully understand the story and piece together the mysteries the characters will face, you must play each of the three character paths that will take you to a different corner of Torvair.

This game still has much work to be done, and updates to the game happen every few months, but regardless I pour my heart into every build, hoping to make this story one of a kind. With your support I will be able to provide you with a compelling story, memorable characters, great artwork, and hopefully a dark yet thrilling experience. 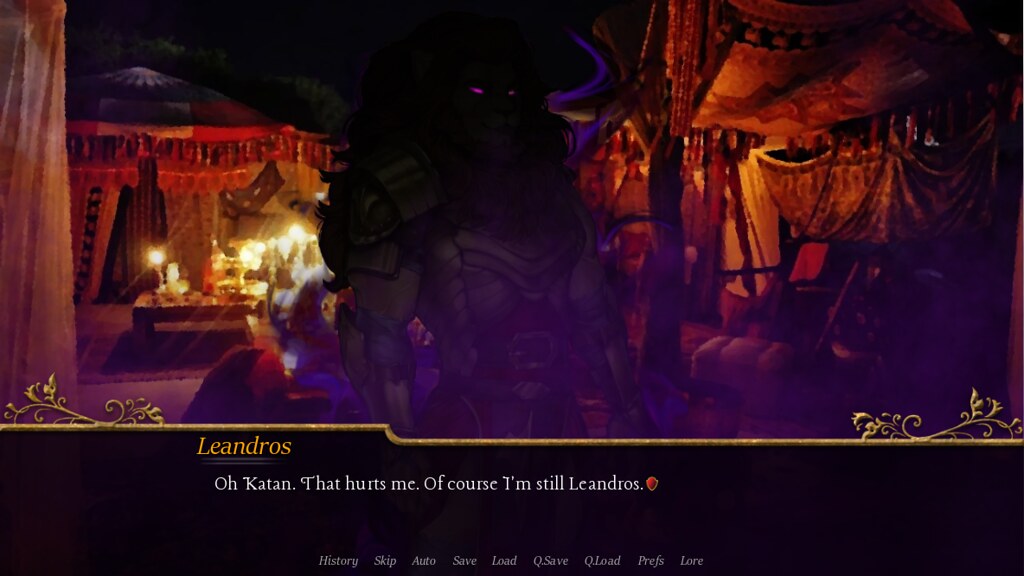 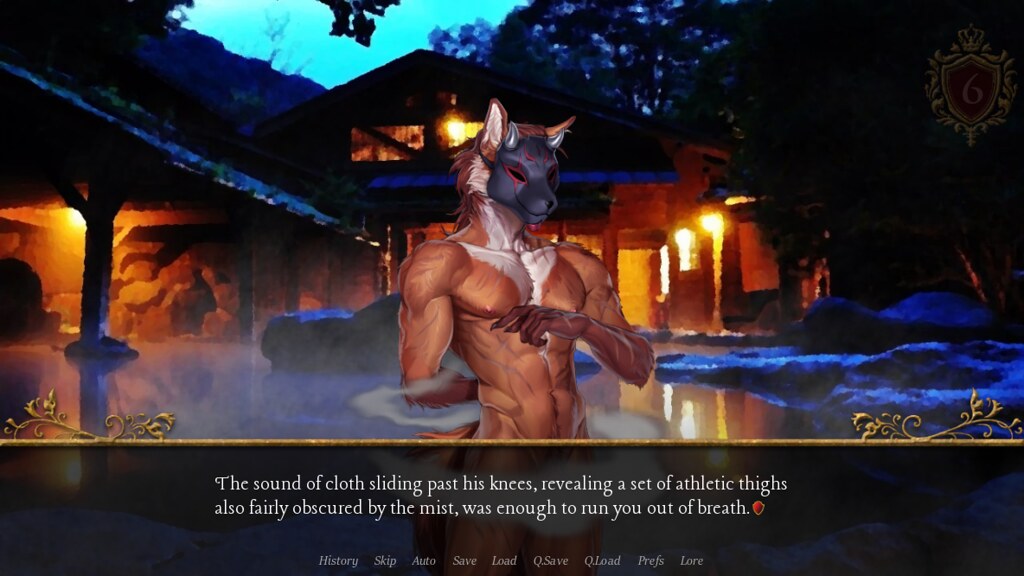 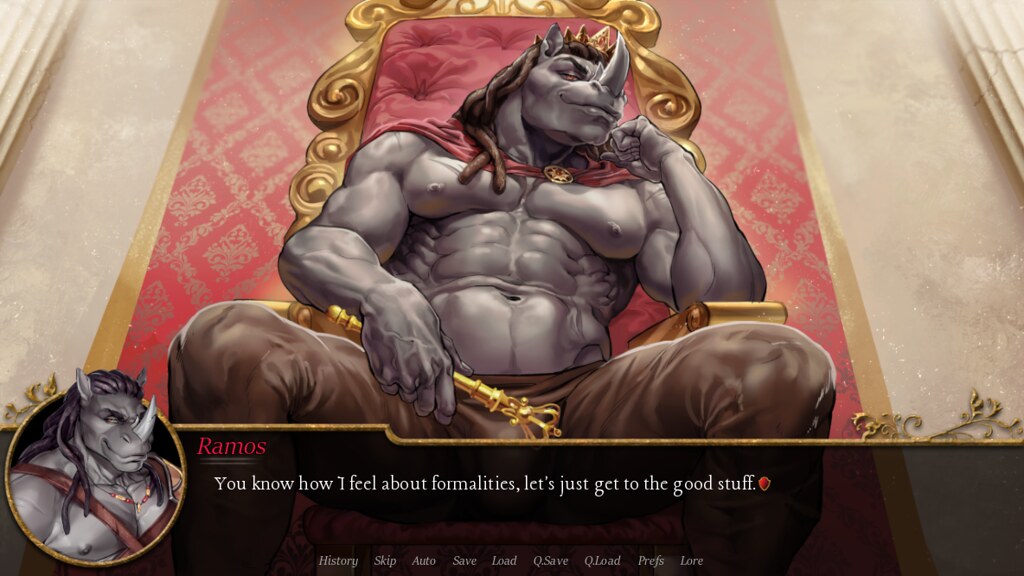 $631 of $1,000 per month
If I ever reach here, that would pretty much set me up for a CG every month or even the possibility of a new character sprite with emotions. Maybe I can look into finding a background artist as well!
3 of 3