Ray Garton is creating content you must be 18+ to view. Are you 18 years of age or older? 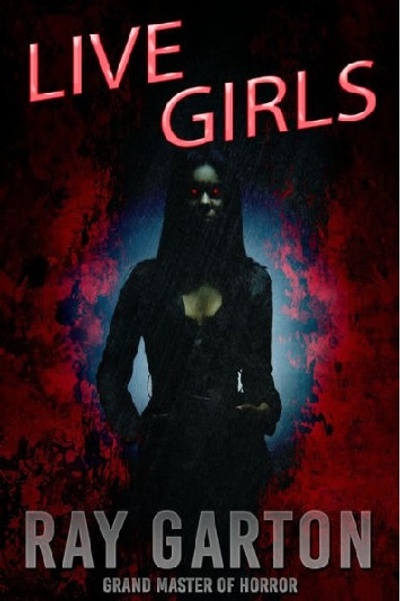 $1
per month
Join
This will give you access to the patrons-only feed, where there will be updates, rough-draft segments of the novel-in-progress, posts about the characters, other aspects of the story, and vampires and werewolves in general, as well as an inscribed cover flat of a paperback edition of one of my books. 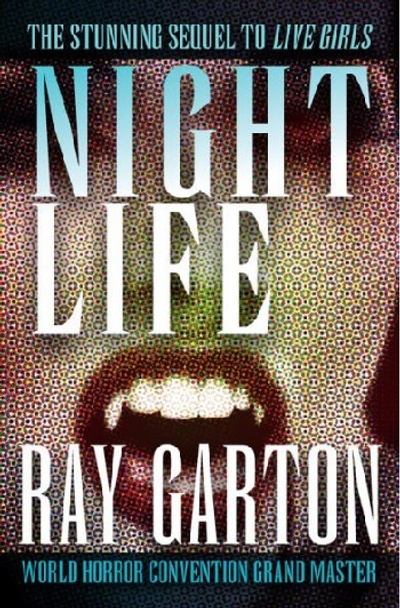 Patrons at this level for at least six months may send me up to three copies of my books, along with return postage, and I will sign or inscribe them and send them back. 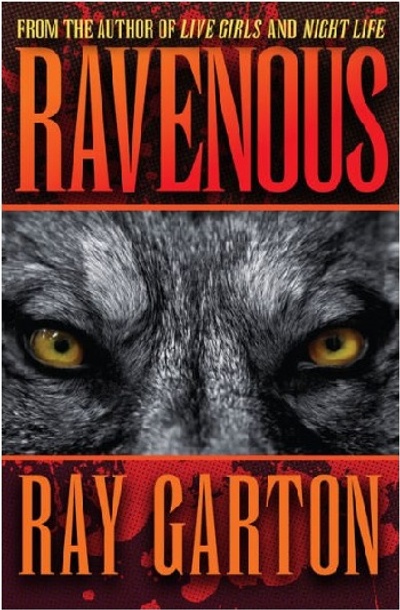 Patrons at this level for at least three months may send me up to three copies of my books, along with return postage, and I will sign or inscribe them and send them back.

Patrons at this level for at least six months will receive an ebook of the completed manuscript of FOREVERBLOOD.

I’m Ray Garton and I’m the author of dozens of novels, novellas, short story collections, and movie and TV tie-ins. Most of my work has been in the horror genre. My first novel, Seductions, was published in 1984. I’ve been writing full-time for more than thirty years and things were going beautifully—until I got to the 21st century. Since 2000, I’ve been dealing with a series of health problems that have resulted in multiple operations, a lot of physical pain, and a subsequent decrease in productivity. It's been four years since my last novel, which is a long time for me, and it has taken a toll. I’m trying to get back on top of things, but the medical bills have been devastating.

I’ve come to Patreon for the first time seeking support for my next project, the book that my readers request most often—the fifth novel in my loosely-connected vampire and werewolf series.

There are four books in the series so far: Live Girls and Night Life, about vampires, and Ravenous and Bestial, about werewolves.

In the next book, FOREVERBLOOD, the vampires and werewolves will clash with humans and, for the first time, each other.

In Los Angeles, a discreet, little-known company called Foreverblood is offering eternal life to an exclusive clientele. The price is so high that only the one percenters can afford it, but the benefits are even bigger: the chance to live forever . . . as long as you don’t mind drinking blood or killing and eating people. Once again, bestselling horror novelist and paranormal hobbyist Martin Burgess gets word of what might be vampire activity in Los Angeles and he hires private investigators Karen Moffett and Gavin Keoph to look into it. They agree reluctantly—they have a bad history with vampires—and investigate Martin’s information, only to find that they're dealing with both vampires and werewolves. Davey Owen, along with other characters from the four previous books, return for an even bigger story with more characters, more complications, and a lot more horror.

My attempts to get this book off the ground have been thwarted by bad health and financial needs. I have to keep turning my attention to small projects to bring in money to pay the necessary medical expenses, and I’ve been unable to focus solely on the novel. I’m hoping Patreon will help me do that by allowing me to meet those expenses without having to take my attention away from the book.

In exchange for your support and depending on the level you choose, you will receive regular updates on the book, rough-draft excerpts from the novel-in-progress, posts about the characters, about vampires and werewolves, about my creative choices and process, and probably a few of my usual complaints about writing in general (“This is a horrible mistake! I never should have started this novel! I should have finished college and become a therapist!”). You can get copies of the finished book, have your name included on the dedication page, or even have a character in the novel named after you. There will also be impromptu contests and giveaways when you least expect them. To show my enormous gratitude for your generous support, I want to make sure we have some fun.

If you're not familiar with my work, you can visit my website at RayGartonOnline.com or find my Amazon page by searching my name there. Here are some of the things people have written about my work in general and the books in this series in particular over the years.

“Garton never fails to go for the throat.”
— Richard Laymon

“Ray Garton has consistently created some of the best horror ever set to print.”
— Cemetery Dance

“Garton has a flair for taking veteran horror themes and twisting them to evocative and entertaining effect.”
— Publishers Weekly

“Garton doesn’t shirk in his writing, which makes him one of the top horror writers working today.”
— Down in the Cellar

“Do not read this novel if you or someone close to you is about to go in for surgery—I’m not kidding. If Sigmund Freud and Samuel Beckett had co-written a Herschell Gordon Lewis movie starring Buster Keaton, the result would have been Scissors. ... Wild, feverish, smart, frightening, brutal, and oddly touching. Sociological horror and outright satire have rarely mixed this well, and the results will have you laughing, cringing, and thinking simultaneously. If you’re a guy, give yourself ten extra points if you can make it through the first five pages without wincing. Then get ready for the weird parts.”
— Gary A. Braunbeck, author of The Indifference of Heaven

“Nasty, raucous, at times hilarious, Garton's latest delivers what the title promises, in spades. But the core of the book is a sensational murder trial clearly inspired by the O.J. Simpson case. The cast features an abrasive female judge who swoons over the film stars who flit in and out of the courtroom, tongue-tied prosecuting attorneys, a nerdy defendant who reserves his right to silence, and Rona Horowitz, a pint-sized, high-octane defense lawyer. Even Johnny Cochran, among a host of real-life celebrities, makes a brief appearance. The defendant may be guilty as hell, but part of the fun is watching dynamo Rona cook up one outrageous legal trick after another to try to extricate her client. ... This over-the-top excursion into the underside of Tinseltown provides more thrills than a high-speed car chase on an L.A. freeway.”
— Publishers Weekly on Sex and Violence in Hollywood

“Gripping, original, and sly. I finished it in one bite.”
— Dean Koontz on Live Girls

“The most nightmarish vampire story I have ever read.”
— Ramsey Campbell on Live Girls

“There are two vampire novels I think you can put on the same shelf with Dracula and I Am Legend. One is 'Salem's Lot and the other is Live Girls. ... Garton nails every character. For all the praise laid upon the novel, I’ve never seen anybody talk about its people. They’re great. A few of them I’ve never seen before anywhere and I don’t mean just the vampires. Even the walk-ons have the stink and sass of real people—not necessarily people I’d like to have lunch with, you understand, but real nonetheless. The other thing Garton does is make the sex here both truly seductive and truly scary. ... This is one of the novels I give mystery readers who are leery of horror. It usually meets with effusive approval. This is one you’ve got to pick up.”
— Ed Gorman

“Hurley is a sheriff to root for, and Garton’s well-paced horror novel reworks the werewolf myth to great effect.”
— Publishers Weekly on Ravenous

“Ravenous is Ray Garton’s most disturbing, affecting, and ferocious novel since Crucifax Autumn—which is to say, he’s going to cost you a lot of sleep with this one. There are images and sequences in this book that only a frontal lobotomy will make you forget.”
— Gary A. Braunbeck, Bram Stoker Award-winning author of Coffin County

“Witty, warped, and steeped in blood, this novel of hungry horror tumbles toward a delicious finale that will only leave you wanting to read more of Garton’s ferocious fiction.”
— Douglas E. Winter, author of Run on Ravenous

“Ravenous grabs you by the throat in chapter one and never lets go. Ray Garton, master frightener, is at his best in this one. Read it alone at your peril.”
— Gary Brandner, author of The Howling

“Ray Garton is one of the kings of old-school horror. Ravenous is fierce, fearsome, blood-soaked fare, a werewolf novel that’s bound to snap its just together on your throat.”
— Tom Piccirilli, author of The Midnight Road

“Expect nothing more than thrills and chills. Fans of wild horror will want to make it Number One on their to-read list . . . with a (silver) bullet.”
— Bookgasm on Ravenous

"Bestial moves at a blistering pace. Where Ravenous succeeded by instilling a creeping sense of horror, Bestial triumphs in its intrigue as the werewolves spread their influence throughout Big Rock. ... A gripping follow-up, primarily because it invokes an entirely different set of emotions. That's what makes for a truly successful series: installments that build, rather than rehash themes. Ravenous throbs with tragedy as jaded, disconnected, abused and naive townspeople spread the werewolf virus all by themselves. In Bestial, there's not only the sense of impending comeuppance, but also the revelation the werewolf virus isn't necessarily the curse it seems. Even though there's more closure here, Garton still leaves trailing threads, hinting at an explosive confrontation in the next installment.”
— Christine Morgan, Shroud magazine

“Along comes Ray Garton to turn the whole werewolf genre on its ear and create a more insidious, more engaging monster. In this follow-up to Ravenous, Garton revisits the small town of Big Rock for a bloody, sexy, and overall satisfyingly engaging story that is bound to become a favorite of any fan of the werewolf genre. ... Disturbing on all the right levels, hard-hitting in all the right places, and full of surprises, this book is one of Garton’s best.”
— Scott Johnson for Dread Central on Bestial

“The writing is tense, the plot taut, and the ending unpredictable.”
— Fanpop on Bestial