David Chelsea is creating content you must be 18+ to view. Are you 18 years of age or older?

$1
per month
Join
Thank you! You receive my undying gratitude as well as the virtuous feeling you get from supporting those very, very poor people who can't afford their own comics habit!
$4.99
per month
Join 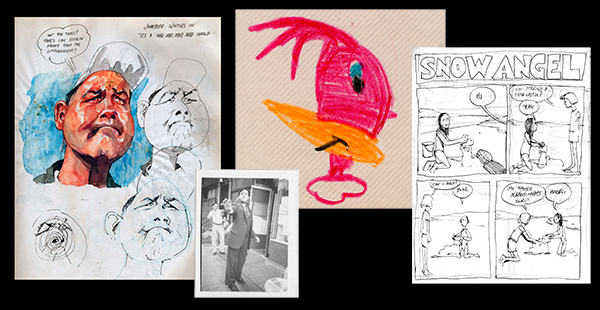 Previous tier rewards, plus: One print or electronic copy of your choice of any of my books, as well as future books when they become available.

Hello, my name is David Chelsea, and welcome to my Patreon. You might know me from my Eisner Award-nominated autobiographical graphic novel DAVID CHELSEA IN LOVE, my two instructional books on perspective, or for my contributions to DARK HORSE PRESENTS. I’m also the world record holder for drawing 24 Hour Comics, with sixteen completed so far, six of which appear in the collection EVERYBODY GETS IT WRONG, published by Dark Horse. 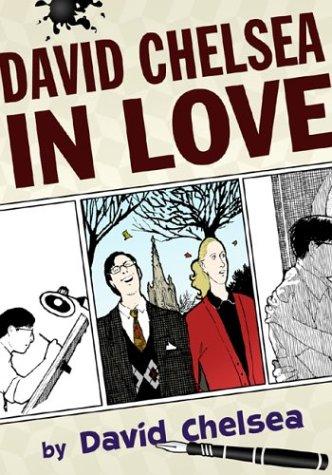 For my next two books, I am offering my patient and much beloved fans a way to support my work on Patreon.

The first book is a full length collection of  stories featuring Snow Angel, an all-ages superhero character. Snow Angel is an ordinary little girl who becomes a crime-fighting angel when she makes an angel in the snow, battling scourges like bicycle theft, jaywalking, and littering. The first story was drawn as a 24 Hour comic in 2007, and since then Snow Angel has appeared in DARK HORSE PRESENTS and her own one-shot comic book. I am now at work on stories for the collection, which is set to appear in early 2016.

The second project is ARE YOU BEING WATCHED, a graphic novel about Reality TV featuring Mugg, who appeared in both my books about perspective. This story began as two 24 Hour comics, drawn in 2013, and I will be posting pages from the expanded version as I complete them.

What is a Patreon? Well, it’s like a Kickstarter Campaign, but instead of making one big contribution to fund one big project, you make a series of little contributions to keep me drawing comics on a monthly basis. Really, it’s like a tip jar for the cartoonist, and like a tip jar, you can give as much or as little as you like.

My plan is to post at least eight pages of new comics a month, and an equivalent amount of new-to-you stuff from my archives, some of it already published, and some of it never-before-seen stuff from my sketchbooks. All of this will be free for anyone to look at.

Now, why should you pay to see stuff that I have already said is free? Well, you have the satisfaction of being a Patron of The Arts, as well as the virtuous feeling that you are helping to subsidize the comics habit of some very, very impoverished fans who can’t afford even the smallest contribution. Also, I have numerous rewards for the people who help me out, including copies of my books, personalized envelopes and postcards, access to roughs and character sketches that nonpatrons don’t get to see, a monthly hangout in which I read your letters and do drawing demonstrations in real time, and much more. The specific rewards vary with level of contribution, so you can check the list below.

Also, as more and more people sign up, and contributions rise to various levels, this will enable me to meet some specific goals which in turn will inspire me to do more to make more and better content. My immediate goal is raise funds to hire a colorist, so that I can post new installments of SNOW ANGEL and ARE YOU BEING WATCHED? in full, glorious color.

So that’s about it. Once again, I urge you to sign up, and tell all your friends about this wonderful opportunity. I thank you for your very kind attention.