Vacon Sartirani is creating content you must be 18+ to view. Are you 18 years of age or older?

Thanks! by being a supporter you'll get

Danke! By joining the German club you'll get:

shipped to your address IN GERMANY

Awesome! By joining the International club you'll get:

shipped to your address ANYWHERE

Hello folks! I am Vacon Sartirani, a visual artist from Italy living in Berlin.
Along my full-time job as graphic designer, I have a secret life as weirdo comic author.

My current pretty thing is NASIN NASA: a comic series that could maybe be defined as a fusion of some different things that have squatted a special place in my heart: underground comics, rollerskating, nerd languages and all-round weirdness amongst others.

The comic can be read for free on  Webtoon and Tapas, while here on Patreon you can subscribe to receive the printed version of every new issue – pretty cool uh? Check it out: 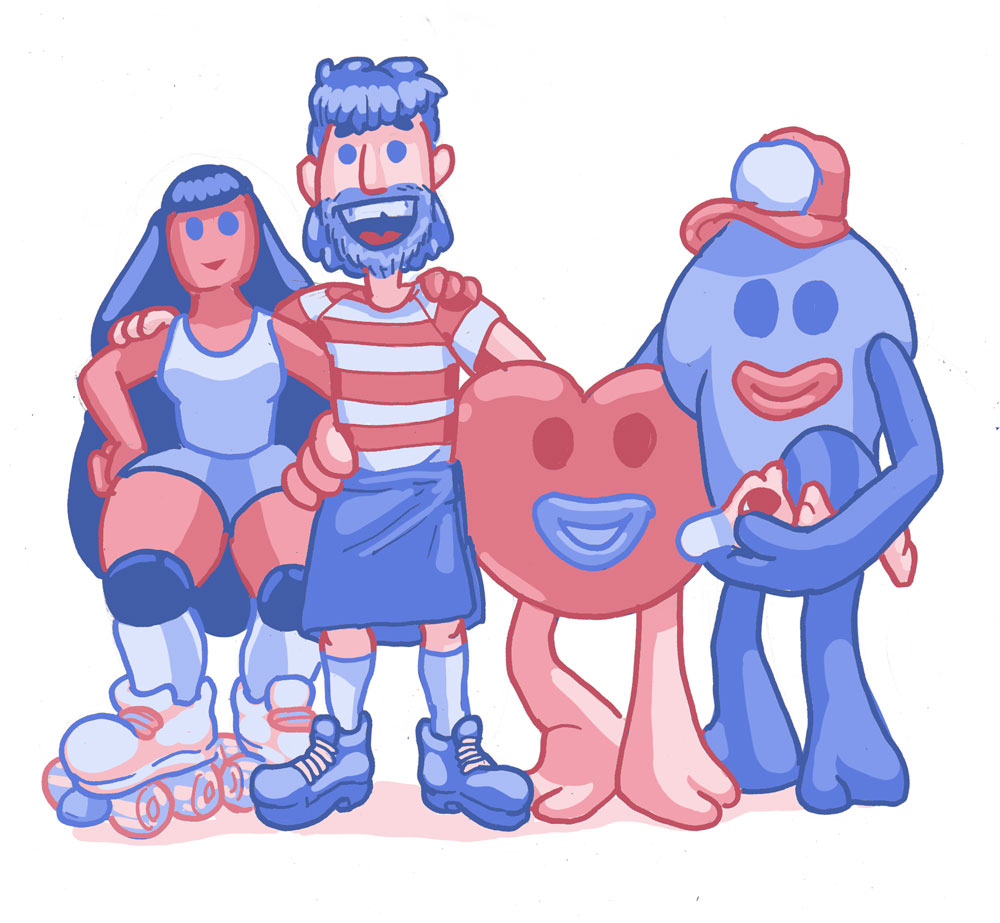 HOW DOES THIS WORK

If you are like me, you like the fact that you can read comics for free online but know that nothing beats the pleasure of holding a nice, physical copy of a comic issue.

That's why I have set up this Patreon to work like a subscription club. By becoming my patron, you set up an amount of money to send me for every new Nasin Nasa issue I publish. Then, every two/three months, when a new episode is ready I will charge you for the amount you chose. If you pledged more than 8$ (for Germany) or 10$ (for everywhere alse), I will send a copy of the new issue to the delivery address you provided, around one week before I publish it online.

It's 12 pages in A5, full color, CMYK printed on 170gr matte paper. It will arrive signed (by me) and with a dedication (if you want it).

When it's ready – more or less every 2/3 months – and approximatively one week before it is posted online (excluding the 1st issue, see below).

If you subscribe within July, yes. The first issue is the only one that will be delivered well after its release online, and will be delivered together with the second issue at the end of August. Then the two-monthly regular calendar will start.

I write the comic in toki pona – a constructed language invented by linguist and translator Sonja Lang; and using sitelen sitelen – a non-linear hieroglyphic writing system developed by Jonathan Gabel. Very few geeks can actually "read" those balloons (if you're one of them - congratulations and stay weird!!), but don't worry, this is the point of it: the comic is supposed to be read without understanding its language. Just imagine you are reading an alien comic.

Online here or in Berlin at Renate Comics.

If you have more questions, please contact me at [email protected]