Optional: Your name in the credits

Optional: your name in the credits

Optional: your name in the credits

My name is Boris Dalstein, I am a French computer scientist and software engineer, but most importantly, I am an animation lover! I have studied the science behind animation during my master's and PhD degree in computer science, and I have worked on animation-related research projects at Inria, Disney Research Zurich, and Pixar Animation Studios.

Animation is a fascinating medium where art and science complement each other, enabling creative minds to tell meaningful stories that have influenced many generations, and will continue to influence generations to come.

Unfortunately, animation is also one of the most difficult art forms! In particular, while there exist a lot of powerful tools for 3D animation, there hasn't been much innovation for 2D hand-drawn animation in the last decades. This is a shame, because while 3D animation has its own merits, 2D animation is really where artists can truly express their creativity with almost limitless freedom of art style. It's much more fun too! 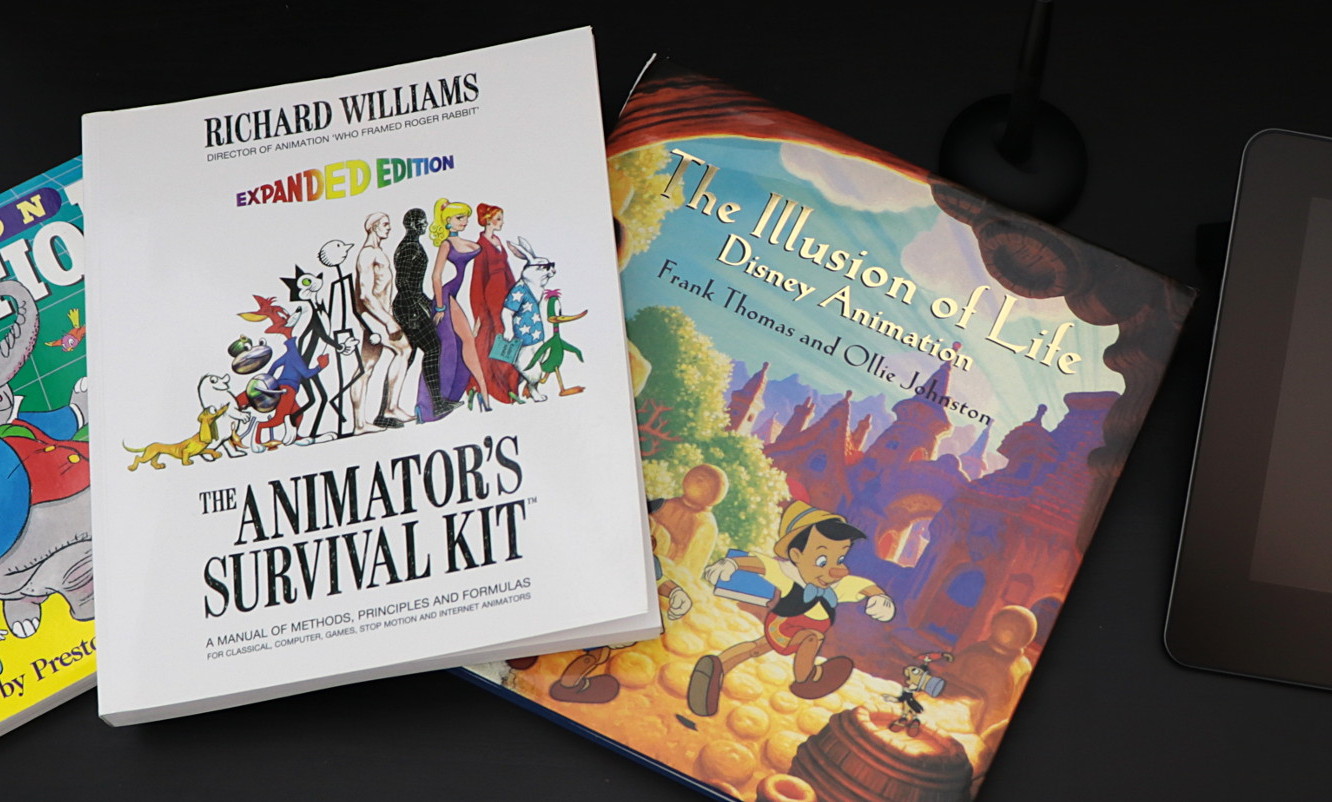 For this reason, I have founded VGC Software, a startup company whose mission is to develop radically innovative technology for 2D animation, hopefully making it a more appealing choice for freelance artists and big studios alike. In particular, we desire to automate the generation of inbetweens as much as reasonably possible, so that your creative time can be better spent on what matters most: key drawings, breakdowns, and spacing/timing.

But you can't have great 2D animation tools without great 2D drawing tools! In fact, drawing is the heart and soul of traditional animation. This is problematic for computer-assisted animation, because while we believe that vector-based animation is the future (automatic inbetweening, shading, iterative tweaks, etc.), the truth is that most vector-based drawing tools aren't as fun to use as pencils and paper.

Therefore, we are also developing new vector-based drawing technology, which aims to feel just as nice as drawing on paper, but also automatically understands the connectivity and structure between your lines, making it possible to intuitively edit your drawings in ways no other tools can. Since this technology is great for non-animated graphic design as much as for 2D animation, we will be releasing two separate applications, fine-tuned for each use case. 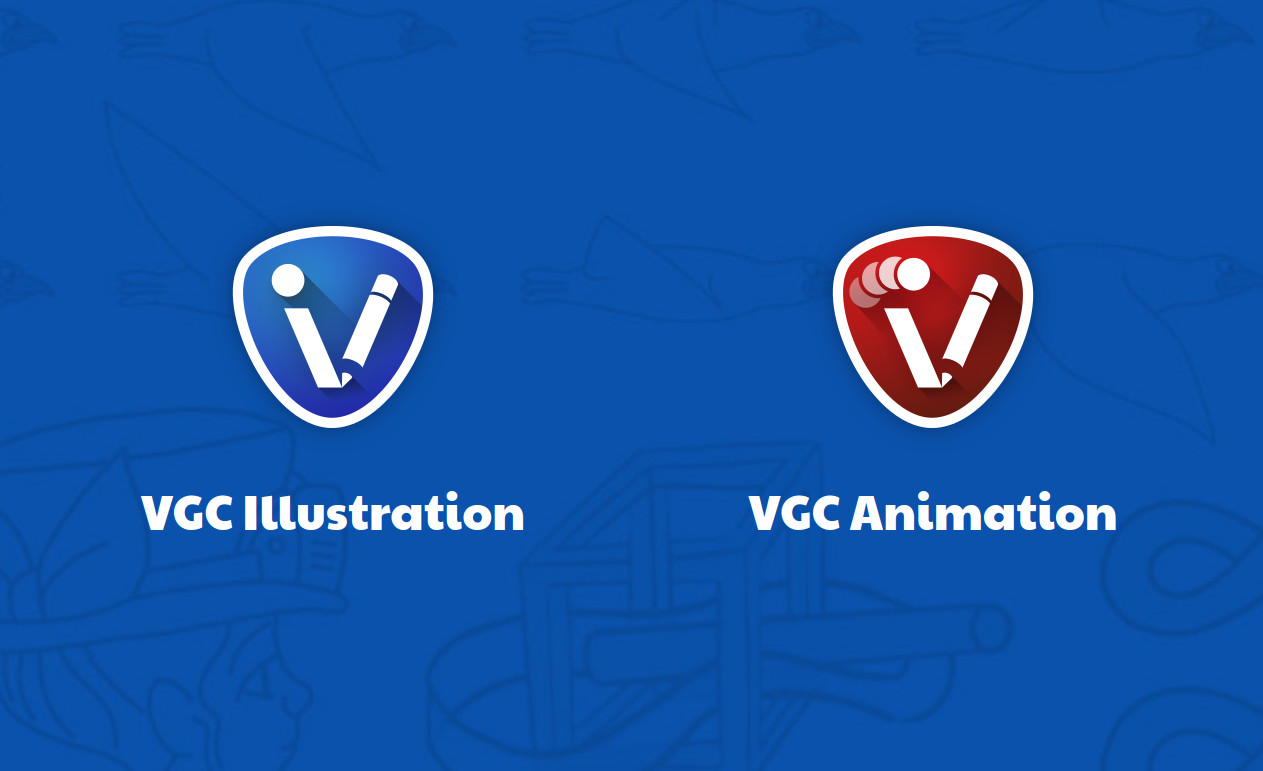 VGC Illustration will be a vector graphics editor, that is, a competitor of products such as Adobe Illustrator, Autodesk Graphic, CorelDRAW, or Inkscape. Unlike these other programs, VGC Illustration will be based on vector graphics complexes, a new mathematical concept which we developed and presented at SIGGRAPH 2014. The key breakthrough was to discover a novel way to keep track of the connectivity between lines in a drawing, making them very intuitive to edit. For example, this technology allows artists to easily represent two shapes sharing a common border, such as two neighbor countries. Such common border is typically painful to create and edit in most existing tools, because it has to be created twice (once for each shape) and edited separately. Instead, using our vector graphics complexes, the border only has to be created once and can be edited with ease. The technical video below showcases some early examples of what this technology can do.


Meanwhile, VGC Animation will be a vector-based 2D animation editor, that is, a competitor of products such as Adobe Animate (formerly Adobe/Macromedia Flash), ToonBoom Harmony, CACANi, Synfig, or OpenToonz. To some extent, VGC Animation will also be a competitor to pixel-based 2D animation editors such as TVPaint or Krita. VGC Animation will be based on vector animation complexes, an extension of vector graphics complexes that supports animation. This mathematical structure represents an animation as a “continuous space-time topological complex”, which is scientific jargon for “represent the connectivity between lines within each frame, but also across several frames”. Representing this connectivity makes everything easier and more intuitive! In particular, the fact that it can represent shapes with shared boundary makes it extremely well suited for automatic inbetweening. Also, it allows to represent vector animations of shapes that split and merge in ways that were not possible before. Below is a technical video giving some insight on this novel data structure.

We hope to release the first stable version in late 2021, but we can't promise an exact date at the moment. Initially, it will be available on Windows, macOS, and Linux, but we are planning to create iOS and Android versions too in the future (we know, the iPad Pro is super nice to draw on!). Just to give you an idea, you can find below the expected prices, although they are still subject to change until the actual release. 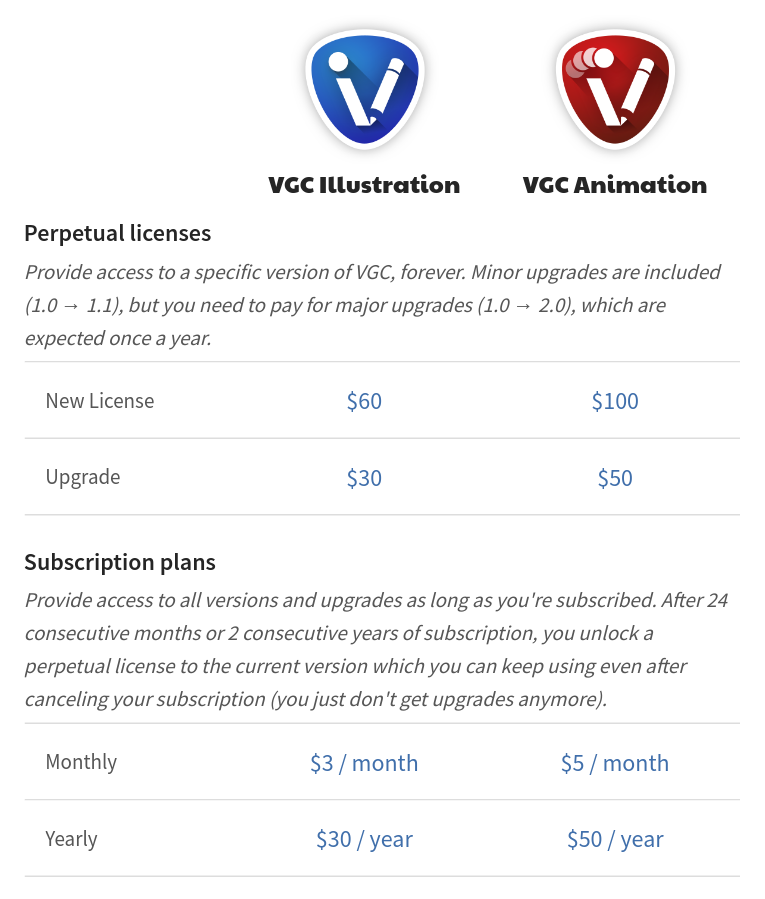 Note that despite the non-zero price (ensuring sustainability of the project), VGC is proud to be open source (Apache 2.0) and publicly developed on GitHub. Indeed, we believe that source code is knowledge, and we believe that knowledge is meant to be accessible to everyone for free. We also believe that users should have the freedom to modify the software they use. Finally, using VGC on Linux distributions is free of charge, although users are encouraged to buy a license or subscribe to one of our plans to support the project.

However, VGC isn't released yet! This is why we need your help, here on Patreon, to make it happen. Indeed, we made the choice to be 100% funded by future users (and public research grants) rather than business investors: this ensures a user-centered design where your interests always come first.

So if you find this project exciting and wonder how you can help (or if you just can't wait to try the alpha versions!), consider supporting us via monthly donations here on Patreon. This makes it possible to work full-time on this project rather than just being an evening/weekend hobby. Donating only takes 2 min: just click one of the donation buttons at the top of this page and follow the instructions. Thanks for supporting small businesses, and welcome aboard!

In exchange of your generosity, you get rewards based on your donation amount. It's basically like pre-ordering VGC at a discounted rate due to the additional risk you take. Any amount unlocks access to alpha versions (and upcoming beta versions), which we continuously release many times a month, so you can very closely follow the development.

Starting at $3 per month, you get license keys for both VGC Illustration 1.0 and VGC Animation 1.0 (expected to be released in late 2021), and higher amounts include software upgrades for up to 10 years!

Note that we prefer monthly donations over one-time donations, since they provide a more stable revenue stream, and they motivate us to keep working hard in order to retain your interest. You can cancel your monthly donations at any time, and still keep your rewards, no questions asked. Any amount or duration is highly appreciated: thanks a lot for being an early believer!

Questions? Feedback? We'd love to hear what you think of this project!

Feel free to email me directly at [email protected], your messages really help to drive the project in the good direction, and keep the motivation up.

Thanks for scrolling until the end, and have a great day!