is creating a whole planet's worth of multimedia stories!

Want to see behind the scenes? At this level, you'll gain access to deleted scenes, character sketches, snippets of work-in-progress music, and a plethora of other bonus/exclusive material. Nifty! Plus, you gain access to our patron-only feed, and a shoutout on our website and in every new book we publish for as long as you support at this level.

Well aren't you an opinionated storyteller? You'll receive the rewards from the Molewhale tier as well as access to our patron-only webchats, where we'll chat/perform readings/play the harp and sing/discuss art and life with you. You will also be granted voting rights for the patron-only monthly bonus content (either an illustration or a short story, depending on the month).

Become a passport-carrying citizen of Shale!

You're supporting us a lot at this level. You're basically a taxpayer of Shale. So at this level, in addition to all of the rewards above, we will MAIL you your very own Shale passport, with exclusive sticker packs for every work we publish! Additionally, you gain suggestion rights for the patron-only monthly bonus content. Got a crazy crossover story you want to see? Let's see if the people agree.

Hello, and welcome to Shale! First time here? We are an award-winning multimedia storytelling initiative roughly in the shape of a planet. That is, we really like telling stories — and we're building one great big world to tell them on!


Here at The Shale Project, we believe in three things: top-notch worldbuilding, daring and exploratory fiction, and the overarching philosophy that art is medicine. Since our launch in March 2018, we have created an immersive website, published two novels and a web serial, and begun work on a companion soundtrack. We have also spoken at conventions, organized readings and presentations at schools, and led some really fun worldbuilding workshops. 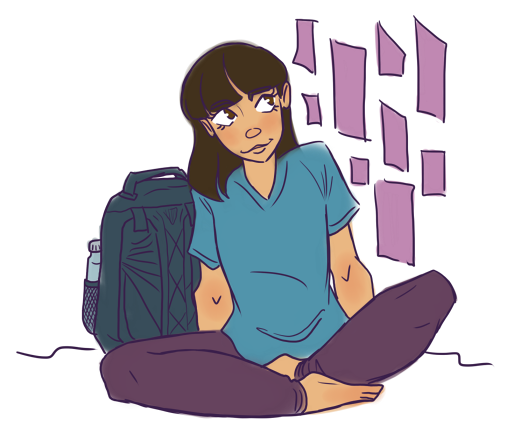 Sienna Tristen is the author of The Heretic's Guide to Homecoming, the flagship fantasy novel of Shale. (Their first work of poetry, The Insomniac's Assistant, is also available through Penrose Press.) As Shale’s resident linguist, she’s responsible for nearly all of the planet’s languages and names. She makes creation myths like Avi makes toast. A purveyor of many skills and talents, they can also lead a yoga class, play you a tune on violin, speak to you in three and a half languages, and climb forty feet in the air on a pair of silks. 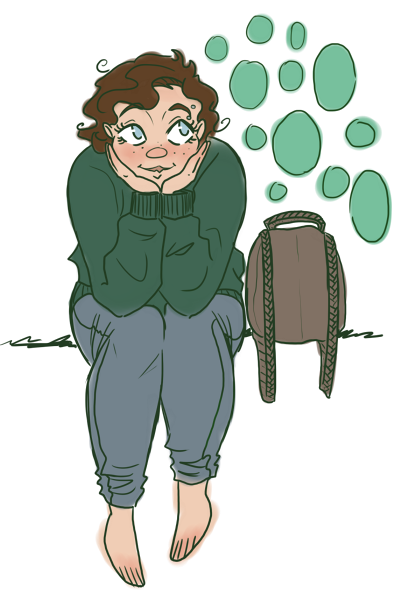 Avi Silver is the author of Two Dark Moons, Shale's new queer YA fantasy novel. They're an expert on the shalledrim, the powerful humanoid creatures that once ruled the Bereni Supercontinent. They have also written the web serial "Tales from a Library" and are responsible for most of Shale's web upkeep and article writing. When they aren’t writing, you can find them playing their baby harp, destroying the gender binary, and perfecting their chocolate chip cookie recipe.

Growing up, the two of us were...well, weirdos. And we continue to be weirdos. Between Avi and Sienna alone, we contain queer, nonbinary, asexual, arospec, Jewish, and neurodivergent identities. The rare instances where we found media that represented us were nothing short of transformative, and we hope to make art that has that healing impact on others. Heretic's Guide is often described as "a mental health narrative disguised as a fantasy novel", and Two Dark Moons is a love letter to nonbinary identity and "too-muchness". We love building languages and creating mythology and arguing over the amount of legs a giant fantasy lizard should have, but more than anything, we want our philosophy to shine through. One planet heals another.


We love what we do, but it takes a lot of investment to make it happen. Between convention registrations, website upkeep, printing overhead expenses, paying our talented and dedicated contributors, and paying ourselves, it turns out there are a lot of moving parts to running a planet. With your support, we can better pay our contributors (including incredible composer Irene Zhong, cover artist Haley Rose, and Shalledrim Empress Carisa Van de Wetering), welcome more people onto the team, and further unfurl the map of this fantastical world.

We have a whole barrel of goodies lined up for the intrepid adventurers who choose to support us, from webchats to shalledrim self-portraits to your very own Shale passport. With as little as $2 a month, you get access to sneak peeks of our work — drafts of our manuscripts, sketches of characters, blog posts about art and writing. And at every donation level, we will thank you personally in our printed works and on our website. You're helping us to build something magnificent; we can't overstate what that means to us.

Ready to jump into this glorious unknown? Then take our hands and let's go!

Recent posts by The Shale Project