is creating a Late-Night Talk Show 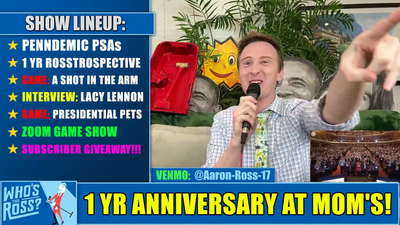 $5
per month
Join
We'll shout you out on one live show, a month!

NAME IN THE CREDITS 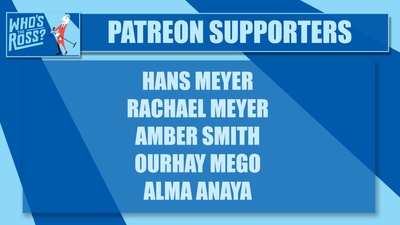 $10
per month
Join
Your name will appear in the credits of 4 online shows a month, broadcast live on Facebook, and backlogged on YouTube. 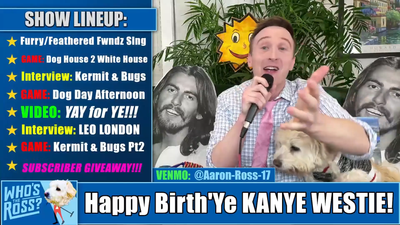 $20
per month
Join
Once a month, you'll get to introduce our live show. with a pre-recorded introduction.

About WHO'S the ROSS?

WHO'S the ROSS? is a live, late-night talk show; the brain-child of host, Aaron Ross.

From its humble beginnings as a lounge-act in Portland, OR, to its live performances in Ross Angeles, WTR now streams every Sunday night to your living room, live on Twitch atTwitch.TV/WhosTheRoss

Aaron Ross has spent a decade-plus refining his comedy program with the goal of one day sitting on the pantheon with with late-night luminaries such as Johnny Carson, David Letterman, Conan, Colbert, Kimmel. With your support, one day the name "ROSS" will be added to that list of late-night legends!

Your support here on Patreon not only helps our weekly show grow, but will also be that extra boost we need to get our pilot picked up, so we can present Aaron Ross the Comedy Boss to the masses!

Recent posts by WHO'S the ROSS?