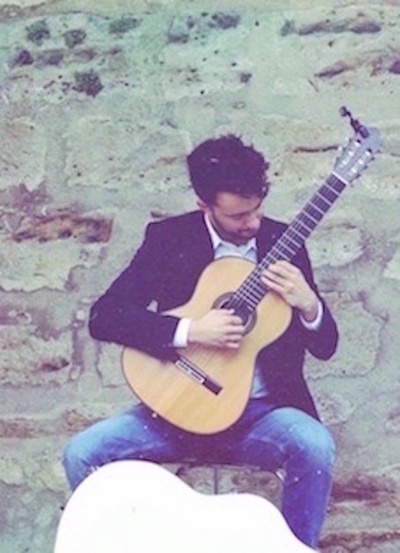 “Willi Leinen is a gifted guitarist. He has consistently been able to give our audience a meaningful even unforgettable musical experience”


Willi Leinen grew up in Jena/ Germany. He started playing classical guitar at an early age with Heiner Donath (Weimar/HMT Leipzig). He continued his musical education under the tutelage of Martin Steuber (Leipzig). Entering the Hochschule für Musik 'Hanns Eisler' (Berlin) in 2011, he has been studying in the class of Prof. Dr. Daniel Göritz, while also working with Jazz-guitarist Robert Keßler and Jazz-pianist Prof. Maria Baptist. Furthermore he has attended several classes during this time, for instance with the international highly acknowledged Italian guitarist Carlo Marchione in Maastricht (Netherlands).
Willi Leinen has gained stage experience as a soloist as well as a chamber musician. He obtained first and second prizes in youth-guitar competitions and achieved the first prize at the 'Klangsüchtig-Festival' (Leipzig) for best film music and sound design in 2012. After that he was commissioned to compose film music for the movie "Mord im Heiligenwald" (Pantheon Pictures/Prague). The premiere took place in Prague in 2014.
Beside his music career he studied philosophy and political science. He completed his studies successfully in 2012 at the Universität Leipzig.
From 2013 - 2016 Willi Leinen was scholarship holder of 'Yehudi Menuhin Live Music Now Berlin'.
In April 2015 he played as a soloist in the Big Band of the conservatory in Berlin under the artistic direction of Maria Baptist.
2017, Willli Leinen finished his studies under David Tanenbaum as a Graduate Student at the San Francisco Conservatory of Music.