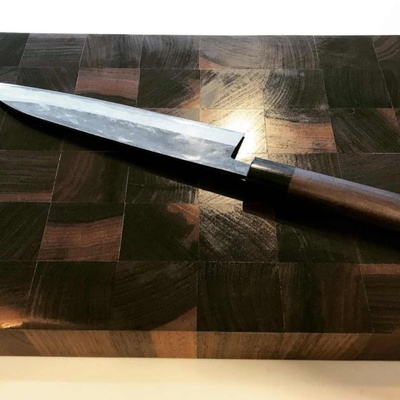 You’ll get access to the patrons-only feed, with cooking tips, early access to new recipes, a behind-the-scenes look at things I’m still tinkering with, notes on what worked and what didn’t, and even the occasional outright flop. 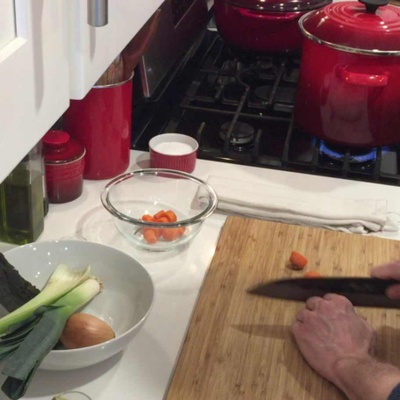 You’ll get access to the patrons-only feed, a handful of very handsome Wilto Makes Food logo stickers, and access to a monthly livesteam where—well—I’ll cook something. I’ll walk you through a recipe, show you a few tricks, answer your questions, and, as always: completely destroy my kitchen. 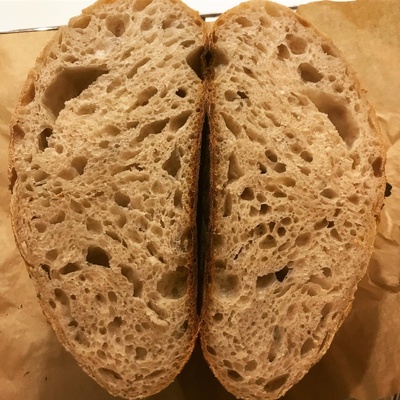 All of the above, plus a clone of my beloved sourdough starter, “Dwigt Rortugal.” As long as you stay a patron at this level, I’ll help you with any sourdough questions you might have—and send over a replacement starter if ever you need one.


Professionally, I’m a web developer of very slight renoun—I even wrote a book about it.

Unprofessionally, for several values of the word, I cook. Technically, I’ve cooked in the same restaurant as J. Kenji Lopez-Alt, for sufficiently broad definitions of both “cooked” and “restaurant.” I’m a former carpenter and amateur boxer that has been learning classical French cooking since childhood. I accidentally learned it from my father, who learned from my Great Grandmother’s long-term… uh, friend, Tom. Tom was a classically-trained French Chef. He was also, as far as I know, married to someone, but it wasn’t my Great Grandmother.

I’ve loved cooking since I was a kid, and got my hands on my first hand-me-down cookbook— The Boston Cooking-School Cookbook—as a kid. I still have it, crayon in the margins and all.

I built Wilto Makes Food for two reasons. One, to start tinkering with CSS Grid. Not a conventional-definition “cool” reason, that one.

The second reason, well, that started out pretty mundane too. I needed a home for all the recipes I’ve been developing over the years; unordered lists of ingredents scribbled on scraps of paper stuck to the fridge weren’t quite cutting it anymore. But y’know, as I’ve worked on it, it started to feel like this thing could have some legs to it; that eventually, and with your help, I might be able to buy back enough of my time to turn this into… I dunno; a whole thing.

So, welcome. I’m making it all up as I go along, here—let’s see where this thing goes together, yeah?