$3
per creation
Join
THIS LEVEL GETS THE BASICS
You'll get access to PDFs of all of my new games as soon as they are available.

Zines in the Mail

$5
per creation
Join
THIS LEVEL GETS ALL THE GOODS
in addition to PDF, you'll get the physical edition of longer form games I publish through patreon, including zines. This applies only to US backers (intl backers must be at 7.50 or higher to receive zines!)

Welcome! I am Adam Vass, operating as World Champ Game Co. I write, assemble, publish, and distribute small press tabletop RPGs from my apartment in Glendale, CA. I put a lot into my games to make them special, like keeping print runs small, including bonus items like enamel pins or screen printed components, and making them as affordable as possible. Thanks to Patreon backers, I've designed and released a new roleplaying game every month for nearly 3 years straight. 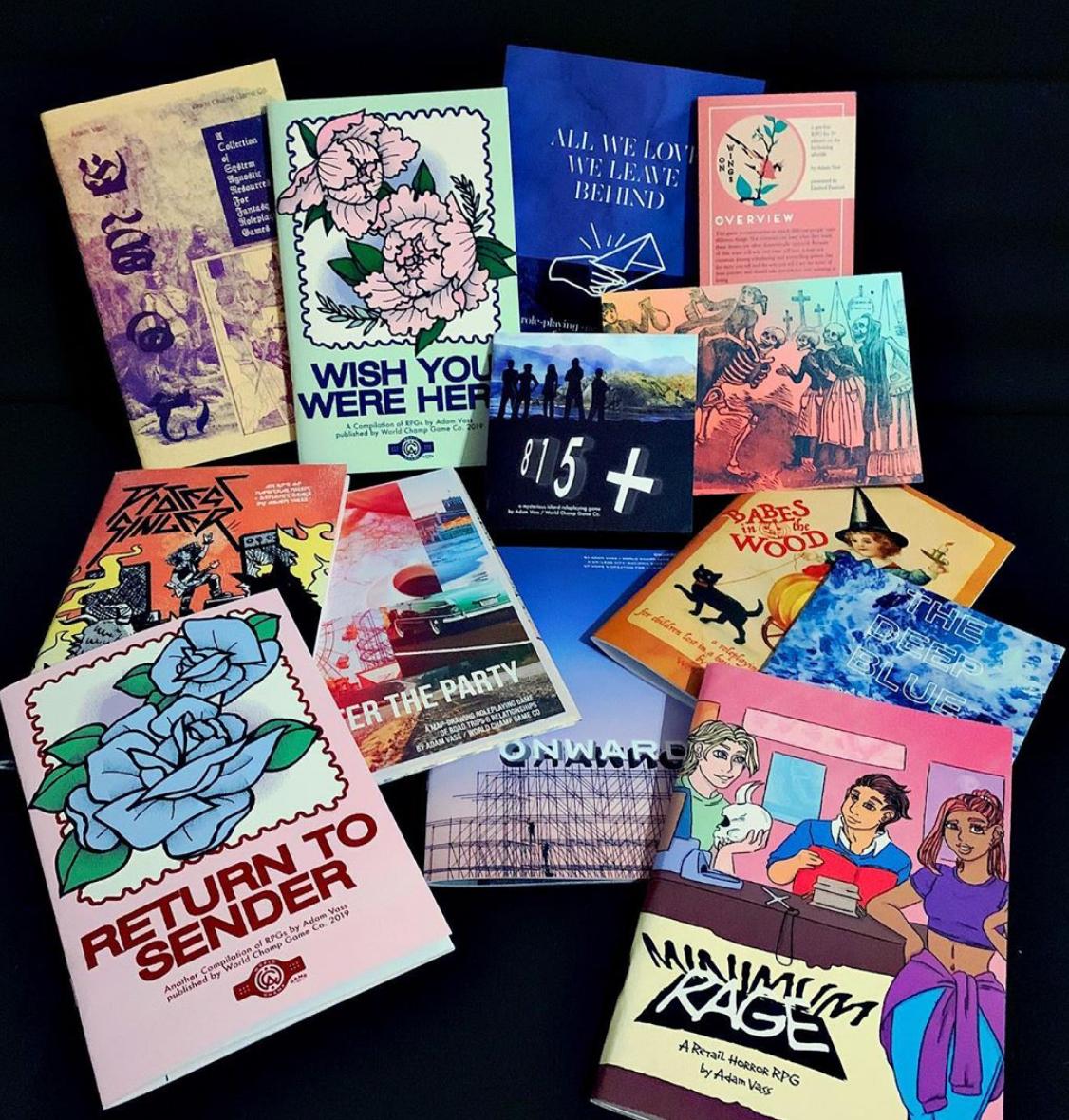 I've designed tons of tabletops RPGs like Cobwebs (a gm-less conspiracy investigation for fans of Limetown or The Blair Witch Project), After The Party (a map-making game about poison nostalgia and making new memories based on the album by The Menzingers), and Aurora (a modular storytelling game where players make a unique deck of oracle cards and use them to tell stories of triumph over darkness). I'm looking forward to exploring more alternative & niche themes in my games moving forward.

I make all sorts of tabletop games but this Patreon is going to be exclusively for roleplaying games.
Your contribution will not only help me continue to put out games on a regular basis & work with other creative people, it will make you part of my little gaming community. You will be charged only when I release new games for as long as you choose to be part of the World Champ Patreon Squad. As a backer, you can get