$1
per month
Join
Ahoy, Matey's!  You're our bread and butter, every dollar counts!  Thanks for putting food in our bellies and a future to our Pirate game :)

This means you'll get access to YAARRGH! patron-only feed, Behind the scene insight's AND my endless appreciation for supporting YAARRGH!

Ye arrgh a true pirate and a serious seadog with a visionary soul!
This is serious support and we can’t fathom your generosity.
Shiver me timbers!
We promise to do our best to make you proud!

YAARRGH! Is an adventure pirate fantasy open-world sandbox game, set in the Victorian era, in the age of steam with a hint of advanced technology called electricity. Sail the endless ocean looking for treasure, explore the ocean depth for ship wrecks, mine for ores or gems, build ships or settle islands, farm crops and tend livestock. Beware of the dangers that come out at night or from below the waves and always keep an eye out in the skies.

GreedyVox is a tiny indie gaming studio created in 2013, and it's very first project was a 3D procedural generated world of cubes created with JAVA. GreedyVox in 2016 expanded with the addition of a part time artist. GreedyVox with one engineer and one artist, working hard together for six months, created YAARRGH! Me Matey! And we have big plans and ideas coming soon!
YAARRGH! Is being fully developed on Linux, for Linux, Steam, Windows and MAC.

Having plans in the future to expand into Xbox, PlayStation and maybe VR. Also plans on cross-platform networking across all systems.

Procedural generated world of islands, biomes and flora, where a player can dig, level or build at either above or below sea level. Beware of lava (because it’s very hot). Construct and build machinery for exploring, mining, farming or crafting. Machinery can include a mining drill using a steam powered engine, mighty ships for exploration or as a mobile home, a ship converted into a flying fortress by the attachment of large balloons or construct a submarine for exploring deep oceans for sunken treasure.

Morning has broken
Enjoy these screens of a procedural generated Mediterranean island, used in this game prototype demonstration. This is just one of six types of biomes (Polar, Desert, Mediterranean, Tropical, Marsh and Volcano Islands). 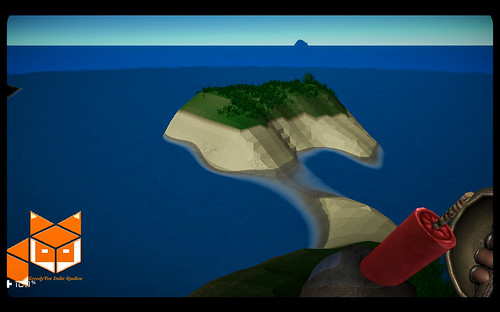 Down by the water
On a beautiful sunny day animated plants and trees sway with the ocean breeze. Animated water rises and lowers with every wave.

The future of YAARRGH! is looking very bright. We are overcoming many challenges creating the INDEV release, but now it’s time to make YAARRGH! The game that many shall love and enjoy.


Here are the goal lists of YAARRGH!
Some of the goals listed above have already been started, such as the block building construction and ship building construction. After launching crowd funding campaign, the first goal is to finish off the block building construction for YAARRGH! Once complete the primary focus is on network coding, and building of the server and client. These are very high priorities, because once completed, we will be able to release an early access for any fans of YAARRGH!
More monsters and animals will be added before the early access launch, such as the lava monster, goblins, sheep, chickens and fish, with better and smarter AI than currently in the INDEV built. They will also have more complicated behaviours that affect AI reaction and thinking.

Dark night among the flora of a Mediterranean island. Every tree, plant and grass is generated accordant to an islands biome and climate.

Building an underground dirt room to survive the night terrors is basic but effective. While mining you can find some coal that will be very handy.

You can hit the mother load of diamonds deep down underground and below the ocean bed. You can also find emeralds too.

There are various types of monsters from deep sea monsters to zombies, from dragons to goblins, some classical monsters and a handful of our very own. Most monsters come out at night and deep sea monsters will be lurking in the dark cold ocean waters. 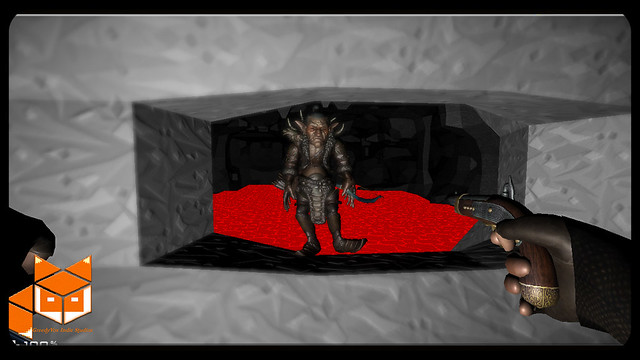 Danger in the mines
Crazy zombie is the first of many monsters planned for YAARRGH! These screens showcasing small zombie hordes, but in the event of a blood moon, these zombie hordes can grow very large with endless waves of terror all night long. 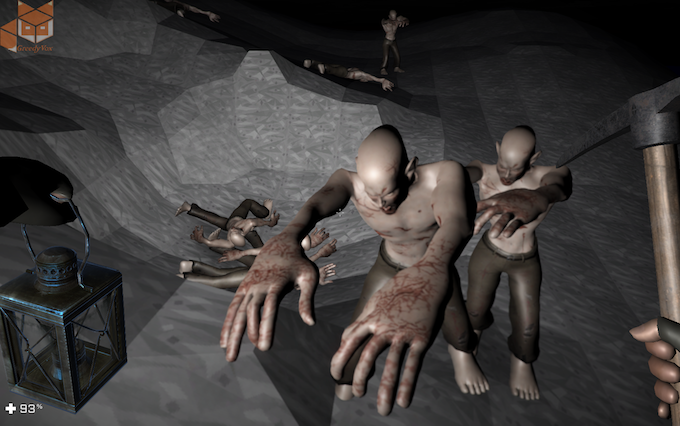 Zombie slaying time
Zombies at night are dangerous and without a shelter it will be a long night. Luckily though, you can use a lantern to see, in which direction the zombies are coming from. 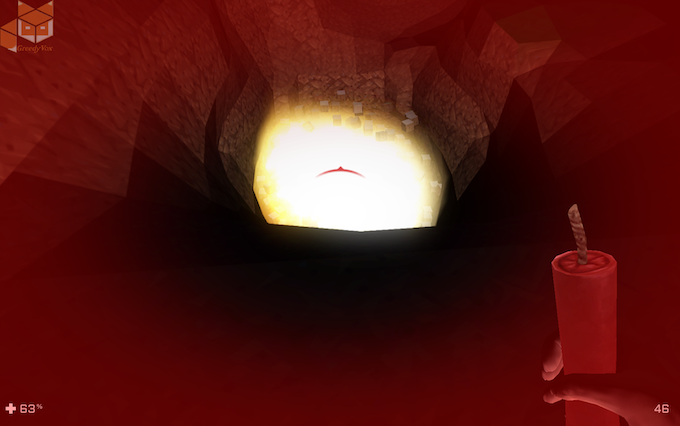 The aftermath
Ahhhhh, dynamite, is a favoured weapon. Nothings too hard when you have dynamite but you will need to be careful when using it because the explosions can hurt.

YAARRGH Crazy_Cave from GreedyVox Studios
Very hot lava down deep in the world, that animates gently by rising and falling. Be wary of lava Golems throwing lava cakes.

Animals are found everywhere in YAARRGH! From the ocean, land and skies each creature will prefer a certain climate or island biome type. Some animals will be domesticated such as sheep, cows and chickens.

Every world needs animals, and crazy parrot is the first creature for YAARRGH! Here are a few screens of parrots enjoying a beautiful sunny day. But like most birds, crazy parrots don't like cold weather and will only be seen during the warm seasons when the weather is calm. 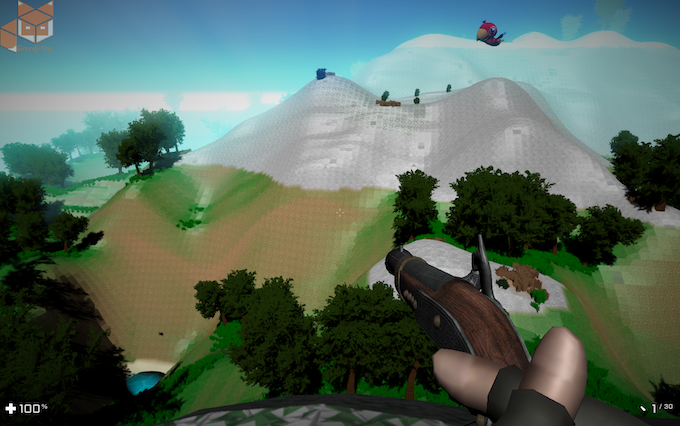 Parrot up close
Parrots make great companions for a pirate. Tame a parrot and use as an alarm or for fetching items that are out of reach. 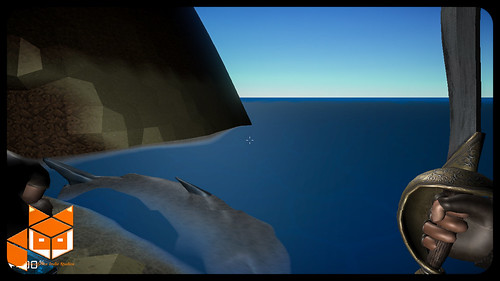 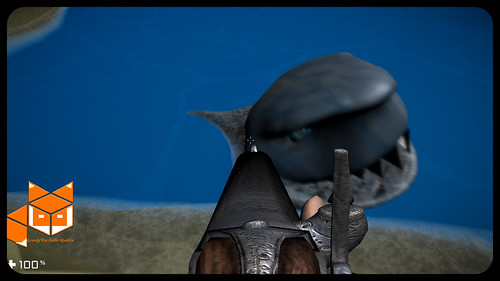 An endless procedural world full of island biomes. Features include zombies and parrots, pickaxes for mining of ores and gems, axes for chopping of trees and wood and weapons such as swords, pistols and dynamite.

In a storm weather event transition clouds build up slowly and everything becomes dark and blue and then rain and lightning will follow.

In a snow weather event transition, clouds build up slowly and everything become bright and white. Slowly, animating snow builds up on the ground, trees and plants as everything freezes.

Once a winter snow has set in, whole mountains and forest become covered in snow and it is very cold.

YAARRGH! has taken 6 months of hard work. Approximately 3 months was taken building the game engine, and the last 3 months building the game prototype.
A demonstration of the working history can be seen in the image below showcasing the maths technology that's used in the creation of YAARRGH!

Game prototype history in the making

Procedurally generated perlin noise is used for creating height-maps, climate and biomes, making YAARRGH! modifiable for anyone wanting to create mods using texture packs for the terrain, plants and building.
Please note that the image below is an example that was used in the prototype, shrunk down in size to fit for demonstration purposes. The original size was 2048 x 2048 pixel resolution, with each tile being 128 x 128 pixels, making this texture a 16 x 16 tile pack. You will clearly see these tiles throughout the prototype screen captures. 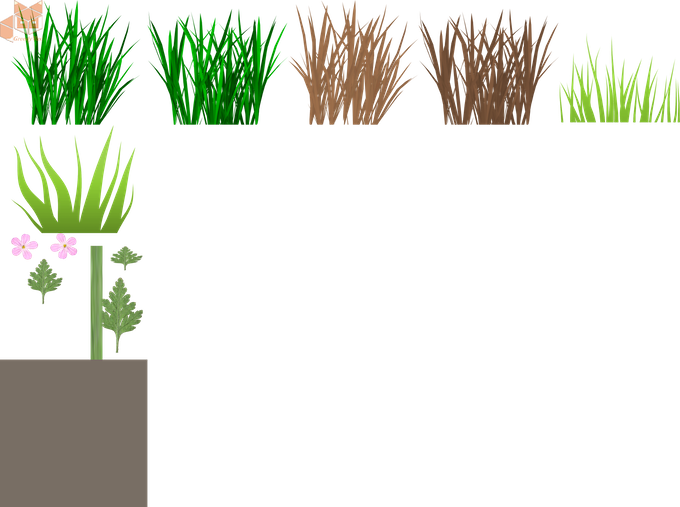 Prototype plant texture pack
Please note that the image above is an example that was used in the prototype, shrunk down in size to fit for demonstration purposes. The original size was 8192 x 8192 pixel resolution, with each tile being 1024 x 1024 pixels, making this texture a 8 x 8 tile pack. You will clearly see these plants throughout the prototype screen captures. 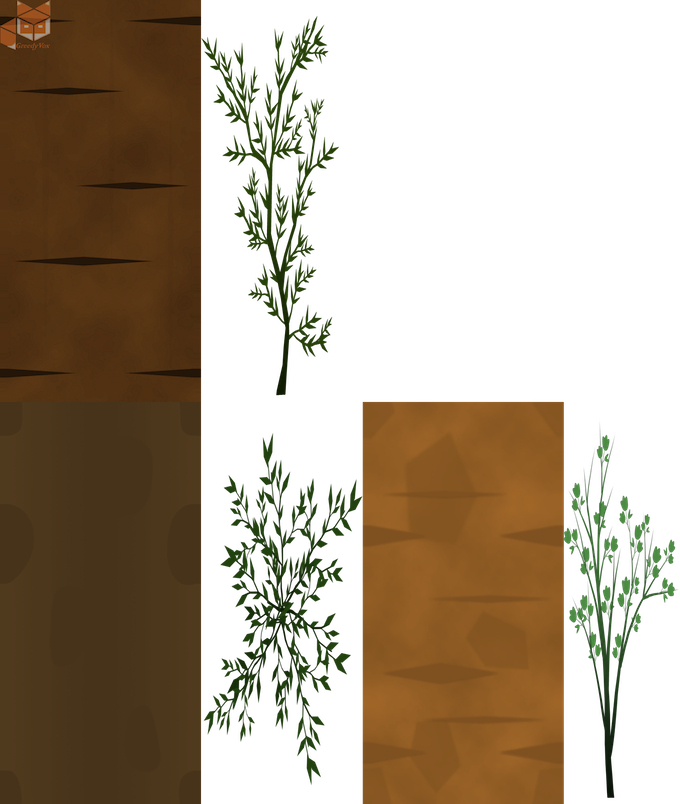 Prototype tree texture pack
Please note that the image above is an example that was used in the prototype, shrunk down in size to fit for demonstration purposes. The original size was 8192 x 8192 pixel resolution, with each tile being 1024 x 1024 pixels, making this texture a 8 x 8 tile pack. You will clearly see these trees throughout the prototype screen captures. 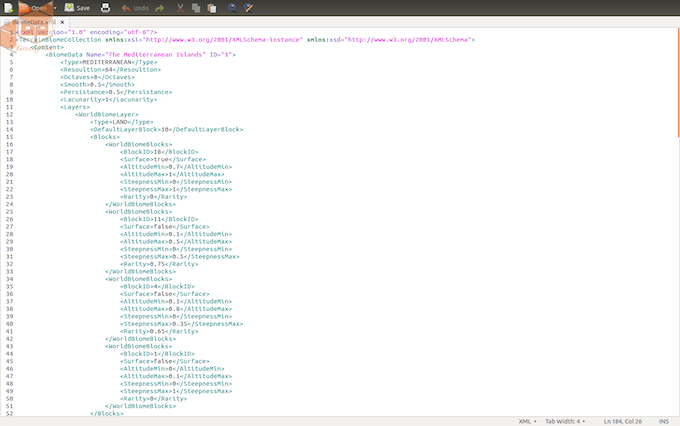 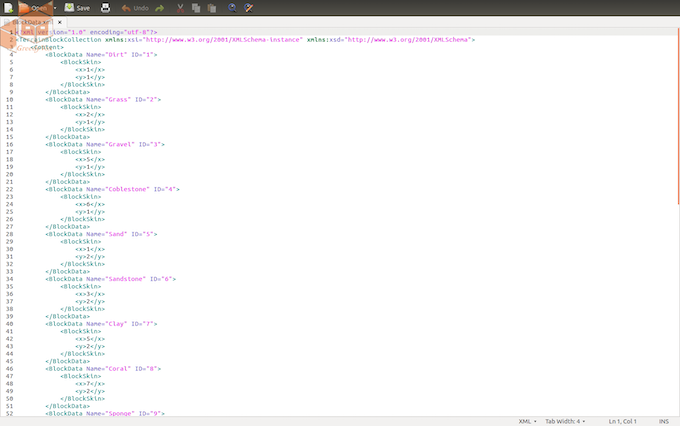 Prototype block data
The world, island, biomes, plants and blocks are all generated from XML data, and using perlin noise to generate height-maps from any given seed value. Please note that the above is an example that was used in the prototype.

Creating a game is really, really hard and has had challenges thus far. It's not easy and there is lots of work but when a project comes to life, it makes all the hard work worth the while. We are hoping YAARRGH! will be a game that will grow in time with many years of progress. As long as there is love and demand for the game we will keep on developing, so please love YAARRGH!
After working many years in our fields, we are fully aware of the unseen difficulties of working in this industry, and the best way to handle these types of challenges is to keep moving forward. With this attitude, we have jumped many hurdles.
But we need help! We created YAARRGH! INDEV from scratch with one full time engineer and one part time artist and in six months we have created a world that is unique. With funding we will be able to work full time on YAARRGH! and achieve our Goals quickly, No more starving artist or engineer.
But we would also love to expand the team to help speed up the development. If we raise a lot more money than our goal, we will look at hiring additional staff or out-source work to contractors.

Thank you for your time,
YAARRGH Developers.

$26.94 of $500 per month
Avast ye, Matey's
The future of YAARRGH! is looking very bright. We are overcoming many challenges creating the "INDEV", but now it’s time to make YAARRGH! the game that many shall love and enjoy.
Here are the goal lists of YAARRGH! $500 Patreon earnings
After launching crowd funding campaign, the first goal is to finish off the block building construction for YAARRGH!
These are very high priorities, because once completed, we will be able to release an early access for any fans of YAARRGH! Patreon.