is creating games and tools for larping/roleplaying

The future of roleplaying
What I'm trying to do is to create cool and useful apps for use in Nordic style live action roleplaying events. The app has allowed players to talk with each other in-game in real time, created world maps together, track each other in real time on the map, play hacking mini-games to help their teammates out in the field, get immersed with lore and visual effects and more. It has so far been successfully used at several events (Blodsband Reloaded, Ockulta Medborgarbyrån, Rex, Vinterland) and will be used at many more.

I want to continue to build and expand these tools, to create an even better experience for both players and organisers. You can make that happen by becoming a supporter. You can try out the latest version at http://terminal.thethirdgift.com (with a look that was used during Blodsband Reloaded).

Want to contact me? You can reach me through Twitter @yxeri Facebook https://facebook.com/thethirdgiftgames. Want even more examples of what has been accomplished in the app so far? Keep on scrolling down.

Before the start of the Mad Max style post apocalyptic event Blodsband Reloaded, players could together create a common world map (off-game to the right and in-game to the left). This map was automatically imported to the terminal and available in-game. 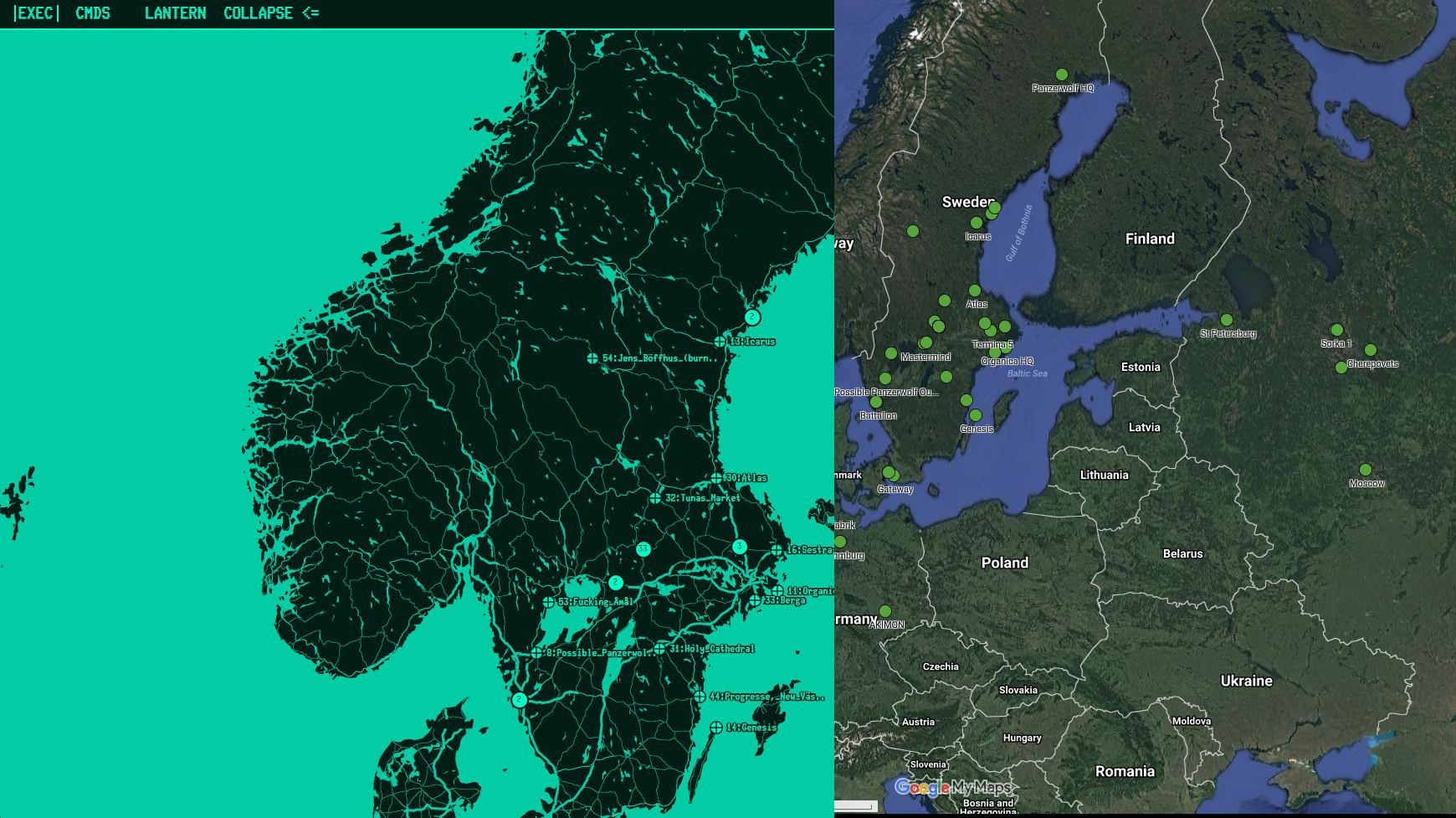 A normal work day as a government employee in the Orwellian world of Ockulta Medborgarbyrån was filled with ritual sacrifices, miles of red tape and demonic possessions of the internal work system.


While their teammates were out battling in the fields the hackers stayed behind to help out through the terminal in Blodsband Reloaded. They could boost their teams score output by finding and hacking user accounts.

The post-apocalyptic world of Vinterland, where war and disease has killed off most of humanity, is a simple world that is trying to rebuild what they've lost. Their system has a more simplistic and modern look. 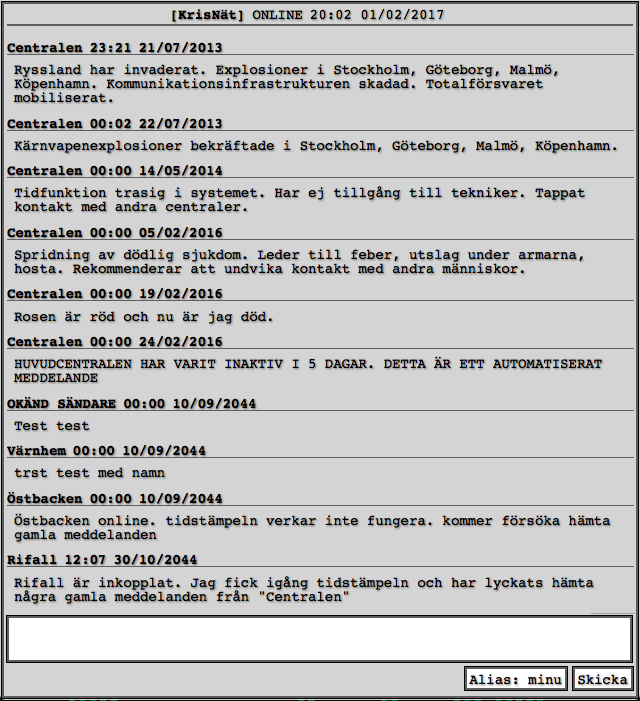 Reached all the way down here? Please consider becoming a supporter. Food goes in and code comes out.
/Carmilla