$1
per month
Join
Thank you! Any amount helps us and will put you in our film credits as a sponsor.
$10
per month
Join
You will get access to all blog posts, tutorial and resources before everyone else!

Also bigger patrons get their name bigger in the credits by becoming Silver sponsor, and can even have a logo/photograph shown as Gold sponsor (reaching respectively 200 USD and 400 USD). These credits are also displayed on the official website. Contributing more monthly gets you to these status faster.

Prefer to contribute in EUR (€) rather than USD ($)? We are also on Tipeee!


We make a film: ZeMarmot ZeMarmot is a project of 2D animation movie, to be released under Creative Commons by-sa /Art Libre licenses and fully made with creative Free Software (GIMP, Blender, Ardour…).

We are currently in the process of producing the pilot episode, as introduction for a longer story.
The director and main artist is Aryeom, who trained and graduated in Fine Arts (major "animation film") in South Korea and has been a professional animator and film director for several years.

Jehan is a Free Software developer, with patches in dozens of programs. He is especially a core GIMP developer, second biggest contributor in the last few years, with nearly 500 commits. 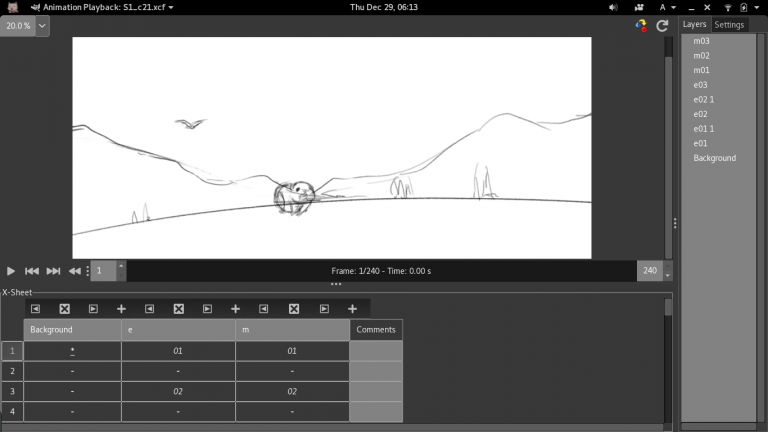 Currently our main area of interest for GIMP are improving painting, adding animation support, better graphical interface and user experience as a whole… We are also really interested in enhancing the plugin experience by an order of magnitude. And of course, less visible but as important: we fix bugs. Because a rock-solid software is the first step to quality and professional workflow.

Improving material support is also on our roadmap, though our lack of funds is currently a blocker. One of the first thing we would do with more funds is getting a big screen-tablet, which means we would likely add HiDPI and improved tablet and touch support in our priorities. Having a UI adapted for portable tablets is also an area of interest so that we can create while on the move.

What you get from it?

This movie is fully released under a Libre license. You will be able to watch it online, download it, share it, send to friends, remix it… Even raw resources will be freely released. In the end, this will be your movie as much as ours.

The second win is Free Software. This movie is not only made with Free Software, which is a great showcase of their capabilities, we also contribute actual code to free software. By funding it, you fund GIMP development, but also on any other Free Software which we need to fix in the course of our project. This project has already proven being a major contribution to GIMP these last years. The third win is knowledge sharing. We organize workshops sometimes, and we document our process regularly (our production blog is a good starter), because we don't believe in secrets and think that knowledge has to spread.

So what do you get when you contribute? You get your own movie, better free software, and knowledge about painting, animation and film making. We will likely release everything earlier to our contributors, but you should know that nothing is planned to be contributor-only. In the end, everything should be for everyone. 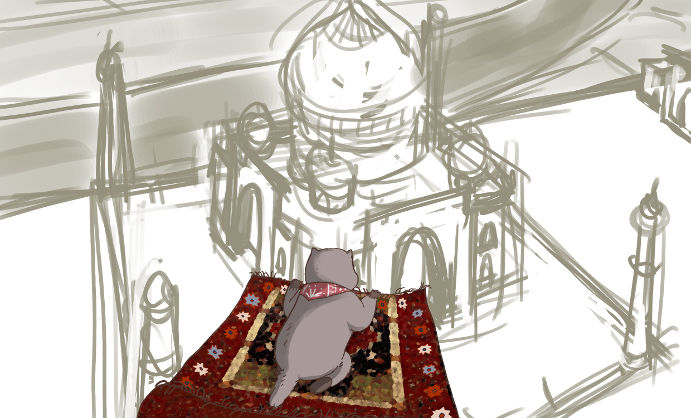 Marmot likes to sleep, eat, and sleep again. One day, an old migratory bird tells him of the wonders of the world. Marmot decides to leave his home for the trip of his life and find the ultimate napping spot.
From Iran flying carpets to Paradise pacific island, Marmot will wander over the world and be the first marmot explorer. Will he find what he is looking for?

Aryeom and Jehan are the project founders and its main participants. For us, digital arts creation and software development are intimately tied. Actually if we had not met, Aryeom may have never tried Free Software professionally and started this project; Jehan was already a Free Software developer yet he may have never become a GIMP contributor. We think that this team is the ultimate combo since the best artists should always be in control of their tools.

AMMD is a cooperative of professional musicians who also publish their music as Libre Art. They do the soundtrack.
LILA is a non-profit association under French law, for Libre Art, in which Aryeom is artist in residence. This project and funds are managed by this association.

More artists showed their interest to come onboard, 2D and even 3D artists (since there is some usage of 3D in 2D animation, nowadays). We are only listing here the people currently working on ZeMarmot.
With more funds, we would like to get more artists and more developers. Our project relies on paid work only because we consider that neither Free Software nor Libre Art mean "free of charge". This is why we need to compensate fairly any contributor to the project.

Our secret goal? We want to make a professional animation studio, which produces quality Open Movies for the cinema, while massively improving creative Free Software. We believe it is possible; therefore we rely on you to help us make this dream come true! :-) 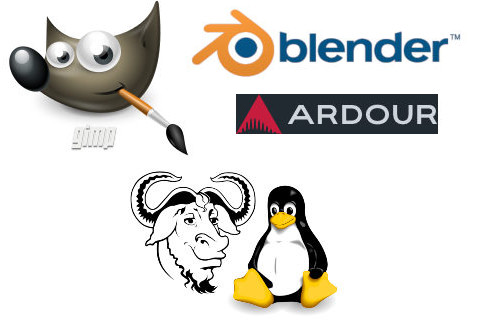 Free and Open Source Software are like Free Speech: you don't see the big deal until you lose these. LILA wants to create a sane creative work environment, and we want to create. We also want to contribute back.
ZeMarmot is drawn with GIMP, edited with Blender, sound-edited with Ardour, all of these under GNU/Linux operating systems…