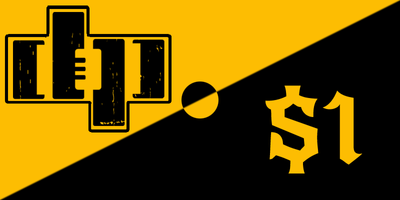 $1
per month
Join
or save 8% if you pay annually
Exclusive behind the scenes content, photos or screenshots of upcoming videos. This can also include photos from the peasants’ everyday lives like what they eat, what they are playing, photos of pan, photos from meetups, and other stuff only patrons will see.

You will also get a special “Patron” role in the Discord, giving you access to a private voice channel for patrons only.

(This half of the perk level requires a Discord account. If your account has been banned from the DP Discord server, you CAN NOT collect this perk.) 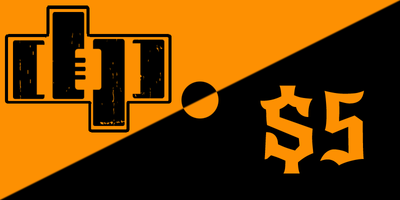 $5
per month
Join
or save 8% if you pay annually
Access to an extended, private, crazier, patron-only show. Please be aware we only do 2 Patreon Private Shows per month. We will send you the link via Patreon messaging around 24 hours before the show. 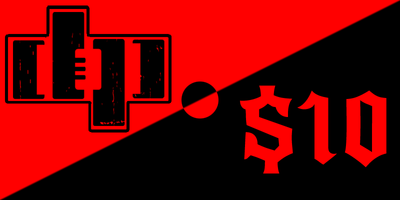 $10
per month
Join
or save 8% if you pay annually
This perk level grants you access to an exclusive DP movie or video game commentary every month! We will watch a terrible movie or show and commentate on it just for you!

We’ll also make available a special vlog for you where Ben and Billy go outside for an altered perspective on the hosts.

You'll even get access to our always chilled out post-show following each episode of the Drunken Peasants, where you can even potentially chill with the guys for a a while in the Discord and talk about the show.

Plus all lower tier perks.

From the strangest corners of the internet, here to bring you opinions of the world from an altered perspective, The Drunken Peasants!
Drunken Peasants began on January 3rd, 2014 and is currently hosted by Benpai and Billy the Fridge. Becoming a patron of the Drunken Peasants means helping to support the cost of our show and helping us make it as profitable as possible so that we can afford to pour even more time and energy into it. Review our different levels of patronage and decide which level is the best for you.
Brief Perk Level Overview:
$1+ | LIVE CHAT & DISCORD PERKS!
$5+ | PRIVATE EPISODES!
$10+ | COMMENTARY, IRL VLOGS, & POST-SHOWS!
$15+ | CREDIT THANKS!
$25+ | HANGOUTS & SHOW PANEL!
$50+ | PRODUCER CREDITS & PROMOTION!
$100 | JOIN US LIVE!

425 of 450 patrons
We will do an entire episode of "Fatass & Meatball and The Morning Zoo" Live on Youtube in true morning radio fashion.
1 of 1