is creating videos about Dragon Ball Theories and Content

$1
per month
Join
- My extreme gratitude that you took the time to check out my material and wish to support it! 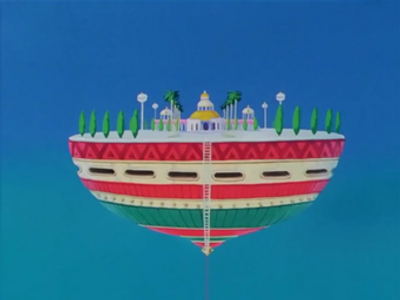 $5
per month
Join
By becoming a caretaker of the Lookout, you help ensure that the server costs can be met and aid us in improving the equipment and content of the new podcast.

You will also get a shout-out on each episode plus priority ordering in the viewer feedback section once that is up and running.

$5
per month
Join
NEW! Access to the 'Patreon Contributor' role in my Discord server!

Hi! My name is Lawrence Simpson and I am a British-based editor, voice actor and writer. I am part of the online comedy group TeamFourStar, creators of Dragonball Z Abridged, where I play Goku and Gohan. While I'm not voicing screaming anime characters, I produce content on my own YouTube channel which has upwards of 400,000 subscribers.

Since I began making content in 2006, I have seen the anime world change and become a lot more diverse and prolific; us as a Western audience has access to pretty much every anime that comes out of Japan – whether this is a good thing or not is up to you, the audience. I like to think I make a contribution to anime fans and what they choose to watch and get behind. My works have ranged from anime reviews, let's play, Dragon Ball Discussions to bad fanfiction readings! Check out the videos below and see what my patrons have brought to life!

So why have I made a Patreon? Well, it's a place for followers and well-wishes to show their support should they wish or have the means to comfortably. By choosing to pledge, you are allowing me to keep doing what I'm doing through thick and thin as well as having a say in what I create.


There are special tiers dedicated to paying the crew and ensuring the stable production of this visual audio drama.

Thank you for your time and let's get creative!