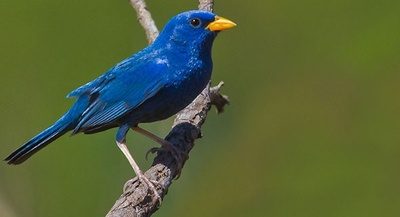 $3
per month
Join
Bluefinches are wild & off-the-beaten-path blue and keep me company each hour as I work! Monthly support at this level gives you access to one patrons-only podcast every month, which will be available to everyone else on demand but free to you. Podcasts can be from any series, except the livestreamed ones. 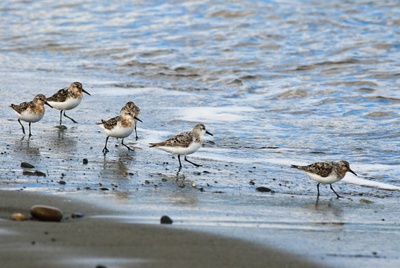 $10
per month
Join
Sandpipers make the nitty-gritty of the everyday possible! Monthly support at this level gives you access to 2 patrons-only podcasts every month, which will be available to everyone else On Demand but free to you. Podcasts may be from any series except the livestreamed ones. 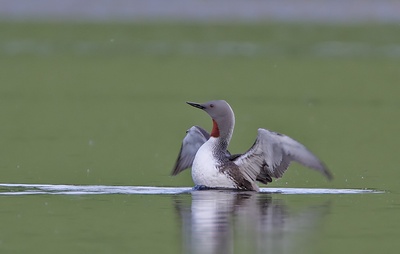 $15
per month
Join
Smallest and lightest of the loons, only one which flies.....be a red-throated loon with me, indulge my sense of humor as I write! Monthly support at this level gives you access to a special e-book every month dishing out my special version of modern or speculative satire, based on news, events, and Loony shenanigans abroad--by any party in the public eye!

In addition, you will receive all Sandpiper rewards, two patrons-only podcasts every month, which will be available to everyone else on demand but free to you. Podcasts can be from any series, except the livestreamed ones.

Over four years now, the work I began as a blogger and solutions journalist has expanded into investigative journalism as I sought to explore the nature and problematics of vaccines, the nature and effects of chem trails or geoengineering, the reality on the ground of America's surveillance state, the covert use of military non-lethal weapons and through-wall surveillance radar on citizens, military contracts to test directed-energy weapons, the reality of depopulation strategies built into the base United Nations ethos and mission, the true agenda behind the UN's Agenda 21, Agenda 2030, the increasing reports of secretive and invasive Black Ops non-consensual neuro-experimentation being run on civilians.

We are living today in an age of Electronic Warfare, Supercomputing, Artificial Intelligence, Robotics, Cybernetics, Genetic Modification, Synthetic Biology, Nanotechnology, and Neurotechnology, among other invasive technologies underway. There has been no public debate about any of these technologies but they are already in use, many in use against humanity: most are developed within the Military/Intelligence/industrial funding paradigm, and research and reportage reveals that Universities and hospitals are partaking in (classified/being-kept-secret) Black Ops.

We are also living in a time period of rabid Surveillance, inflated budgets for spy agencies, and the primacy of Secrecy.

With a New Phoenix surveillance/suppression programs roll-out, as Doug Valentine and Marshall Thomas detail, the post 9/11 “war on terror” has morphed into a war of terror; civilians are taught how to spy on and track others on cell phone apps, NSLs flow like water, gag orders abound, and spies spread lies in neighborhoods as they run Stasi operations of secret policing inside countries—all countries, pointing to a covert rollout of the misnamed totalitarian oppression of the New World Order.

Corporate media has proved to be a mouthpiece for governments and works to disseminate outright lies and distortions of the truth, while corporations like Google and Facebook have joined in, becoming government propaganda and data-mining tools designed to exploit populations to the maximum.

Colonization has in fact slipped from countries to humans—the human body and brain is now being colonized.

The Need for Investigative Sci-Tech/Ethics/Consciousness Journalism

In this atmosphere, the work of exploring current reality and informing the populace has fallen to people of conscience. When neurotech has progressed to the point of permitting complete external control of the human body, when nanotechnology can self-assemble to form integrated circuits under human skin and inside human brains, when weapons can be tailored by DNA to attack DNA, and when people are stepping forward with MRIs of non-consensual brain implants and body (microchip) implants, reports of torture, and invasive neurotech bondage, focused exploratory and investigative journalism is urgently needed.

It's a Turning Point for Humanity: Accede to Transhumanism or Fight for Free Will

As you can imagine—keeping in mind other front-line reporters from other wars--reporting from the front lines of this visibly final war on humanity is rife with risk. The alternative however--to follow the lead of well-known journalists working for corporate media who maintain silence and lies around these subjects--spells oblivion for humanity. We truly stand on the edge of a crevasse: the robotization and complete neural takeover of (all) human beings, the cloning of humans, the replication of human personalities and lifetimes in virtual avatars, the replacing of (all) humans with a cyberneticized, cyborg'd, nanobotted, digitized transhuman, the hunting of humans with electronic and neuroweapons, the herding, managing, and control of humans (with radiation/neuroweapons) by “mind-hived” minions of a ruthless, technocratic, subhuman Control class (often fancifully termed the “Elite” by their own narcissistic selves). These death-dives are already underway.

It is a turning-point for humanity, and we urgently need the minds and hearts and voices of all thinking, feeling humans today to get informed and get involved in immediate change, if they think their children's or grandchildren's lives, free will, sovereignty of body, and brains are worth saving.

Join this True Media venture as I continue reporting, writing, and speaking on developments in new sciences such as Artificial Intelligence and Robotics, excesses of Surveillance, the hidden operations of Defense, the coming-to-light reality of non-consensual neuro-experimentation (much in the style of Tuskegee, MK ULTRA, and the Plutonium radiation experiments), and seek to, through articles, interviews, and round-tables, explore the role of Ethics and Humanity in today's sci-tech world.

I am also interested in exploring the frontiers of new sciences with implications for consciousness and collective human evolution. We need to build a new world, one which celebrates human consciousness and creativity, as well as the Earth, Nature, and all living beings, and there are many researchers, scientists, entrepreneurs and activists already working in this space, publishing fascinating discoveries and theories about patterns and symmetry in Nature, intrinsic sacred geometry, the power of light to affect DNA, the power of thought to influence crystalline formation in water, the power of sound and vibration to effect healing, and the power of collective intention, meditation, and quantum coherence to effect real change.

My reports and interviews can be read on an ongoing basis at The Everyday Concerned Citizen and at Medium. I have recently begun conversational and educational podcasts to supplement my writing and journalism; please visit Ramola D Reports on Youtube; a new website is coming soon.

Subscribe for a monthly newsletter and new weekly news roundups at Youtube, covering both my podcasts and reports as well as related news. Bonuses to include journals, satire, and fiction.

Monthly support of my work will ensure that I keep working in this space and continue to research and write and podcast at speed as I seek to inform the world. I see this as nothing less than a life and death venture that we are collectively embarked on together. Earth, humanity, and our children's lives are at stake.

Please support independent, ethical media! Our only hope is to see this through together.

$35.21 of $1,000 per month
When I reach $1000 a month, I will start a new radio show uniting Literature, Art, and Science, where patrons can call in to discuss themed issues on Consciousness, Humanity, New Science, and Changing the World.
1 of 1