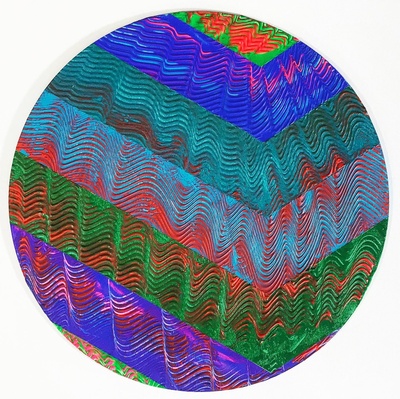 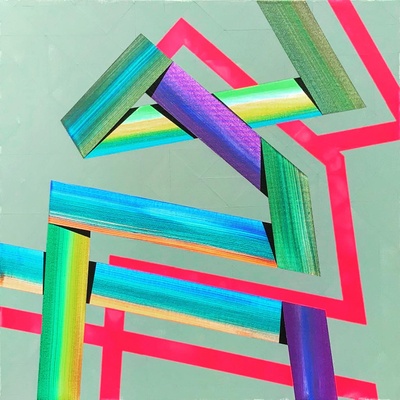 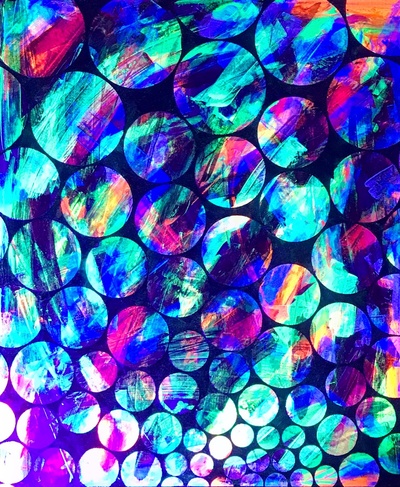 In my current work, I find myself drawn to the use of metallic, iridescent, and fluorescent colors in combination with textures that lift the paint from the canvas, creating what I call deep patterns, almost Jungian in a way because they seem to tap into something deep within us as people. I strive for my optical and geometric work not to be “just wallpaper” as so much in these genres has often become. Rather, particularly in my agitprop and my Four Elements series, I seek to force a reckoning with the artwork as a presence unto itself, and the use of these more exotic acrylic mediums really produces a moment of active tension both in person and via digital reproduction. I am continuing to explore where the idea of line itself creates or demarcates what the eye experiences as that is the essence of my work: fooling the eye into seeing things it never imagined could exist, and then going beyond fooling into willing participation in a different way to see the world around us, externally and internally.