A Chance to Win Every Time We Stream!

Bully for you! Your name is entered into our pool of Patreon patrons and at the end of almost every Twitch stream, we draw a winner! Typically, the prize is your choice of a t-shirt from our merch store but every now and then, we give away super rare items! 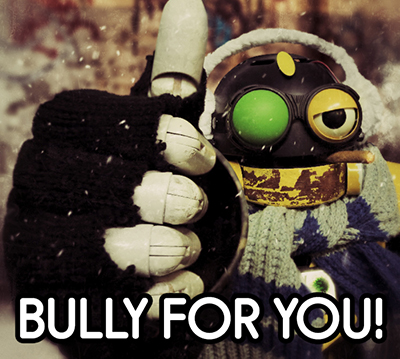 $5
per month
Join
The next level of awesome! You get a free digital download of the first issue of our comic series, ICWXP: The Non-Motion Picture! 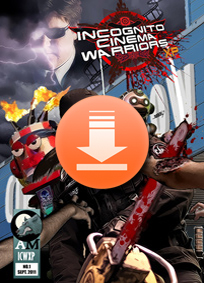 $10
per month
Join
You get digital downloads of BOTH issues of our comic book series! 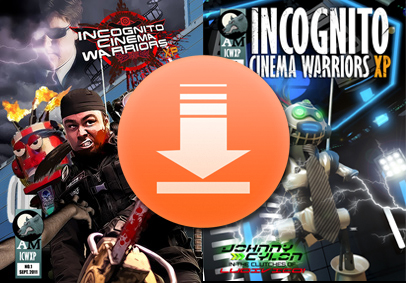 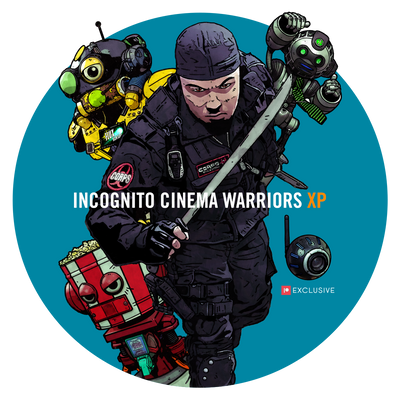 $15
per month
Join
At this tier, you'll receive a Patreon-Exclusive sticker featuring the ICWXP crew springing into sassy action! Prime!

Your Name in the YouTube/Twitch Credits! 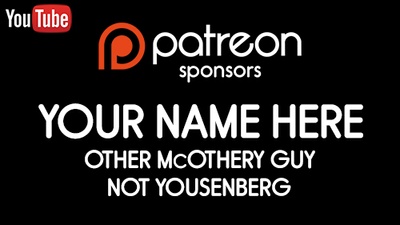 $20
per month
Join
Get listed in the credits as a Patreon Sponsor for future Robot Co-Op episodes both on Twitch and YouTube!

$25
per month
Join
Pledge at this tier and you earn yourself some Cog Pogs! The nostalgia is real with these double-sided ICWXP milk caps. They ship to your door in a fancy art board but can be removed for real-deal pog play! "Haven't you heard that pog is a game? Everybody knows it'll drive you insane!"

Autographed Copy of ICWXP Comic No. 1

$30
per month
Join
Sponsor us at this tier and score yourself a rare out-of-print hardcopy of the first issue of our comic book series - autographed by the cast! 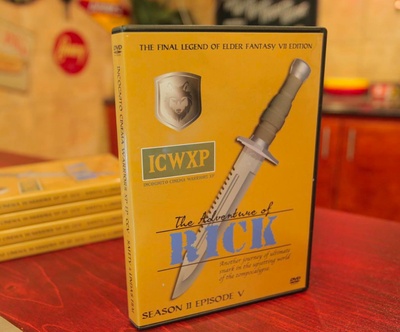 $35
per month
Join
At this tier we ship you ICWXP Episode 205 on DVD with special, alternate cover art previously only awarded to the first 50 pre-orders of Episode 205.

To sweeten the pot, Rikk Wolf, Nick Evans (Topsy) and Jason Chaffee (Flux) will autograph the cover and thank you by name!

(Please bare in mind, the t-shirt is rewarded after three months of support to prevent artist profit loss.)
Exclusive T-shirt
Fulfilled by Patreon
An exclusive t-shirt featuring the cast of ICWXP in action!
Global shipping included

$40
per month
Join
Sponsor us at this tier and score yourself autographed hardcopies of both issues of our out-of-print comic book series - also autographed by the cast! Plus all lesser prizes!

(Please bare in mind, the tote is rewarded after three months of support to prevent artist profit loss.) 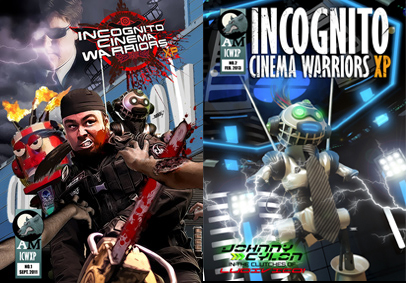 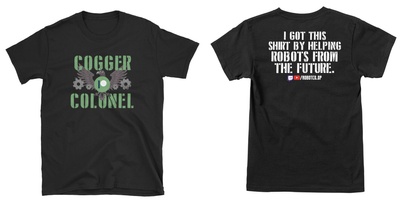 $45
per month
Join
At this tier, you score the ultra-exclusive Cogger Colonel t-shirt you can't get any other way! Let the world know about your sound business decision to give lots of money to robots in the future! 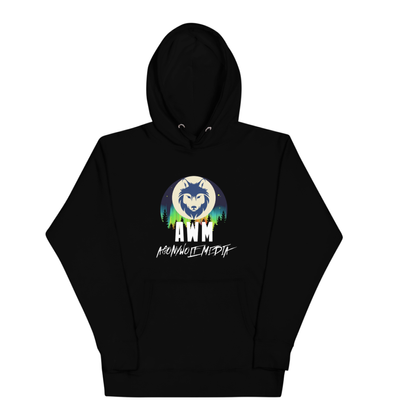 $50
per month
Join
At this prestigious tier, you get yourself a Patreon-Exclusive Agonywolf Media hoodie!

(Please bare in mind, the hoodie is rewarded after three months of support to prevent artist profit loss.)

At this tier, we'll create artwork using a photograph(s) of you to create a wholly original member of CORPS in your likeness. Join the fight!

IMPORTANT: Patron must provide at least one quality photograph of themselves in order for us to capture your likeness. Please send photos to [email protected]

Also! You'll be made official pen pals with none other than Benjamin Pickles himself! You'll receive a monthly hand-written letter from Mr. Pickles you can respond to if you so choose!

Plus all lesser Non-Patreon fulfilled prizes!

We got our start bringing the chuckles in 2008, when we filmed our first episode as a just-for-fun tribute to Mystery Science Theater 3000 called Incognito Cinema Warriors XP.

With its unique blend of sci-fi, comedy, horror and of course riffing, it evolved into more its own animal and went on to be hailed as "not bad" and "okay", even by members of the original MST3K cast!

The show would go through some changes over the years and spawn the game-riffing spin off Robot Co-Op.

However, eight years later, we've realized independent puppet shows aren't exactly a get-rich scheme. While we wish the almighty dollar just wasn't a factor, it takes some serious scratch to keep rolling out our brand of silly.  We still work out of a cramp, aluminum barn with no plumbing (seriously, our bowels beg you for your patronage). 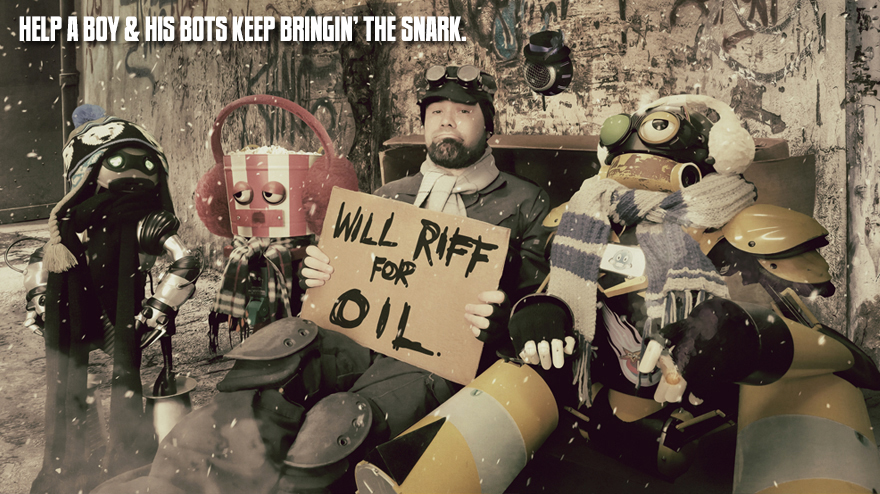 We pull all-nighters on an almost nightly basis just to reach a few thousand people and even though we deeply appreciate all the love and Dr. Pepper knockoffs you sexy zompocalypse survivors send us, there just isn't enough viewership.  Like, not even close.

Perhaps with Patreon, together we can finally escape the cold void of internet obscurity and start bringing you more content and more regularly!

Otherwise, you might be seeing sock-puppet versions of your favorite robots.

Here's a taste of the show:

You can order Season 1 of ICWXP on DVD here!

You can order Season 2 of ICWXP on DVD or HD Download here!

Here are some of our favorite moments from Robot Co-Op that wouldn't be possible without your support: 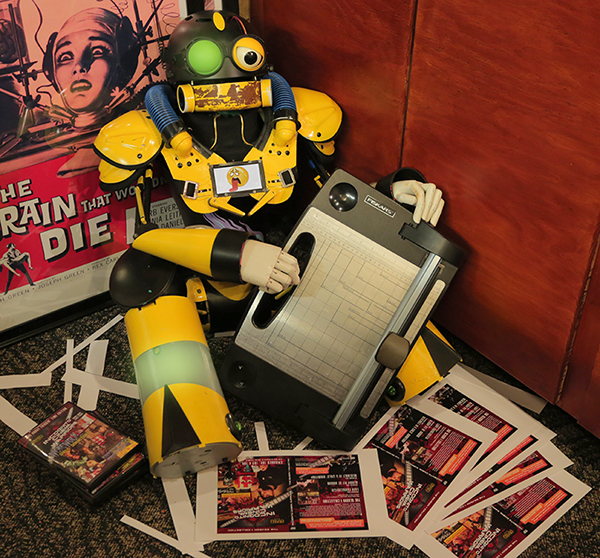 One of the biggest drags when someone orders one of the Season 1 DVD's is that we're still making so little, we cut costs by having the DVD covers and inserts printed at our local UPS store and we cut EACH one to size ourselves (having the store do it in bulk yields dodgy results).

On our little Fiskars cutting board, we often get slightly frayed edges and worst of all, it's a total time-sucker.

At the $1,300 level, it ain't no thang to finally just order in bulk like we've done with the Season 2 releases.

To sweeten the pot, we'll remaster all that old box artwork into something a little more modern and sleek.