is creating the Aikonia Webcomic

Your Discord role will state you're a Channeler!

Your Discord role will state you're a Caster!

As a lot of you may already know, creating and managing a webcomic is not as easy as it looks! The ads on the website barely bring in enough revenue to keep the server running and we're hoping Patreon will help ensure we always have a page ready on time every Monday!

Becoming a patron means you will not only help cover server costs and general expenses but you will also help the team remain afloat while we dedicate time to work on the webcomic. Supporting us also means you will get a whole bunch of rewards in return, as well as our eternal gratitude! Check out the rewards below!

Please note that, no matter what, Aikonia will always remain free to read online!

To show our appreciation for all the support given to us by our Aikonia patrons, we wanted to provide a wide variety of different perks and rewards at each patron tier. We’ve even included some exclusive behind-the-scenes goodies to get an idea for how the Aikonia team works together. 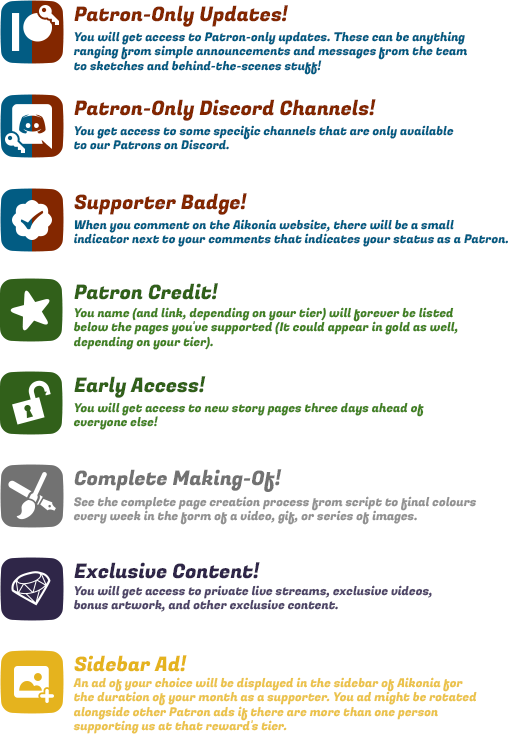 Years ago, magic was a harnessable force which was taught in a school named The Aikonian Institute of Magical Research and Application. The Institute’s Council of Mages were tasked with protecting the kingdom and learning how to use these potentially destructive forces for good.

Centuries later, a group of hopeful adventurers, along with a set of unlikely allies, have uncovered a secret from the past and triggered an event that threatens to change the world they live in.

Created in 2010, Aikonia is an on-going fantasy adventure webcomic that updates every Monday. We also tell side stories that take place in the world of Aikonia in the form of journal entries, although the current journal series is on hiatus until we reach our first goal here on Patreon.

Our current team is comprised of Andrew-David Jahchan, David Baron, and Alexandria Smith.

Andrew-David is the original creator of Aikonia and has been working on the webcomic as editor since its very start in 2010!

Our illustrator, David Baron, joined the team during the hiatus after Chapter 6. He is taking over as the main illustrator – a position that was previously held by Katie Tiedrich, Ira, and Karina Weber – and has previously worked on Cartoon Network's Mighty Magiswords.

Alexandria Smith, our writer, is taking over from where Timothy Hely and Corina Dransutavicius left off. She has been writing for over eight years and is also working on another webcomic series called The Supernatural Sleuths! 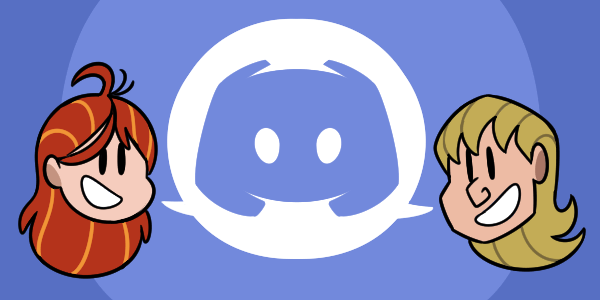 Charon's journal returns! We'll be writing more entries to further develop the character, tie the journals into the main story, and expand upon the Aikonia universe!

Recent posts by The Aikonia team