is creating Visual Novels, Games, and Other Narratives 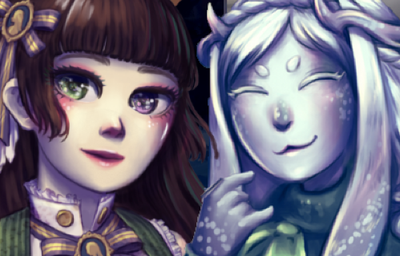 Any support is incredibly valuable to us, and we're honored by your appreciation of our work. Thank you so much!

In exchange, we'll share internal progress posts with you around the time of each release, saying what we've already gotten done for the next update and what our tentative plans are for the rest of the content to be made for it. 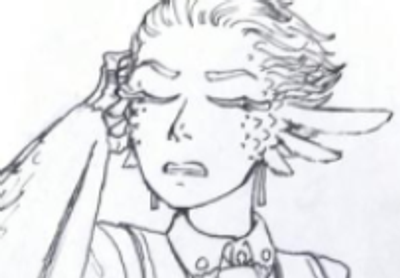 And, voting ability in bonus polls about the type of extra content! 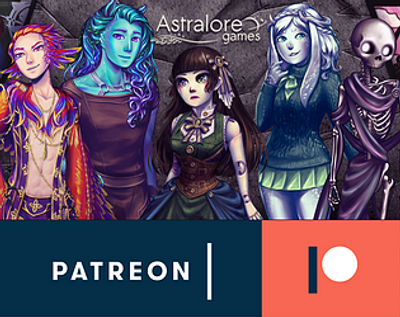 At this level, we'll provide you early access to every single public release, and monthly progress updates with (spoiler-minimal) art and script previews-- rather than being notified of the changes when the update is announced. While most people will see the announcement about two weeks before the public update is playable, patrons at this tier can download it immediately, and also have access to a private 'early-access' Discord channel to discuss with other people who've played it.

In thanks for your help providing feedback on the update, your name will appear with thanks in the announcement devlog for the months you pledge - and we'll also give you a code for 15% off merchandise purchases in our store!

And these benefits from previous tiers:

Hi! We're Astralore Games, currently composed of founders Archaeren and valeatory.
We look to make engaging and enjoyable works that will often contain:


You might know us from our works, currently released for free/donations on itch.io:

A college student starts attending school in a creepy haunted castle. As it turns out, the reputation is deserved: The place is full of monsters no one else can see, all attending their own equivalent university-- and they're quite interested in the only human they've ever met.
Go on dates, solve a string of mysterious killings, or... cause a rift between planes that will risk all of humanity?

With Monstrata, we want to create a fun classic dating sim experience that doesn't hold back on the plot and serious issues. The 'monster world' has a lot to explore, and the various routes let you see it from many different angles. Currently there are five routes with one chapter completed, where we introduce the characters and world and start kicking off the larger arcs. We're looking forward to showing you the rest of what we have planned!

Heaven has been growing weaker in the wake of the catastrophe that befell the old world. So the Council has voted: A new Realm is authorized, and construction is to begin. But will every deity play by the rules?

Made for the Ren'Py Jam, the intention was to make a short story that could be finished quickly, and to try out some new technical tricks: The layered-image-powered parallax backgrounds, and the textbox that follows the speaking character. It's currently in rough draft jam version awaiting judging, but fixes to some issues with those new features are already finished and updates to the art and story are in progress. Since it is small, we expect to finish the story with only one or two more content releases.

The dark story of a shady facility that’s in the business of turning normal teenagers into elite agents and ruthless assassins. Staffed by a team of humanoid robots and employing the use of brainwashing, performance-enhancing drugs, and unorthodox science experiments, it seems the Institute operates by a simple code: "The end justifies the means."

As a new student at the Institute, your goals are simple, but numerous: Don’t make enemies. Pass your tests. Keep your sanity. Find the truth. Stay alive.

Nightglove Institute will be our next major work following the completion of Monstrata Fracture.

Throughout our lives we've each considered novels, comics, movies, and television series as vehicles for our narratives. While all mediums have different advantages, we settled on games-- to involve the intersection of as many disciplines as possible at once, and easily utilize choice and consequence as a narrative mechanic. And yet, you might still see some comic, video, text, or other media projects from us in the future!

With so many interests, it's hard to nail down what exactly we'll be making in the future. But there's some things you can generally expect from us:

Character customizers are a development-intense proceeding, and arranging them so they're easy to use is entirely another task. For the sake of the story, we can't always make a customizer (or one where you can change everything) but on the options we can add, we go all the way - like Sawyer's wide range of skin tones, bold colors, and drastic hair length differences.

The majority of our games are designed for people of any gender, and if dating is offered we aim to eventually balance out the genders of the route characters. There may not be something for everyone, but we'd hope there's at least a small something for almost everyone!

We like dark themes. However, what we like about using them is the ability to explore them and maybe stir up some thoughts and conversations about the subject and portrayal. Whether you think we did that well or poorly, we'd love to know - we want to always improve.

After this, we have a queue of at least 6 more projects, both gameplay-focused and visual novels. We're hoping to share a lot more info on these with patrons over the course of the year. 😊🎶

We're already releasing our content in pieces, and we'd like to bring it to the next level - more frequent and larger updates, and more chances to share our internal design process and communicate with the people who like what we create. The extra funding we could get from Patreon will make it possible for us to improve our works, worry less about financial issues, and rely less on our other income sources. We're really excited to share behind the scenes content with you, and hope you're just as excited to see it!

Our thanks? Well, you have that just for reading this page. We're really grateful you've even considered supporting our development financially. However, in the spirit of that gratitude, we'd like to offer you a host of various perks in exchange for your support! 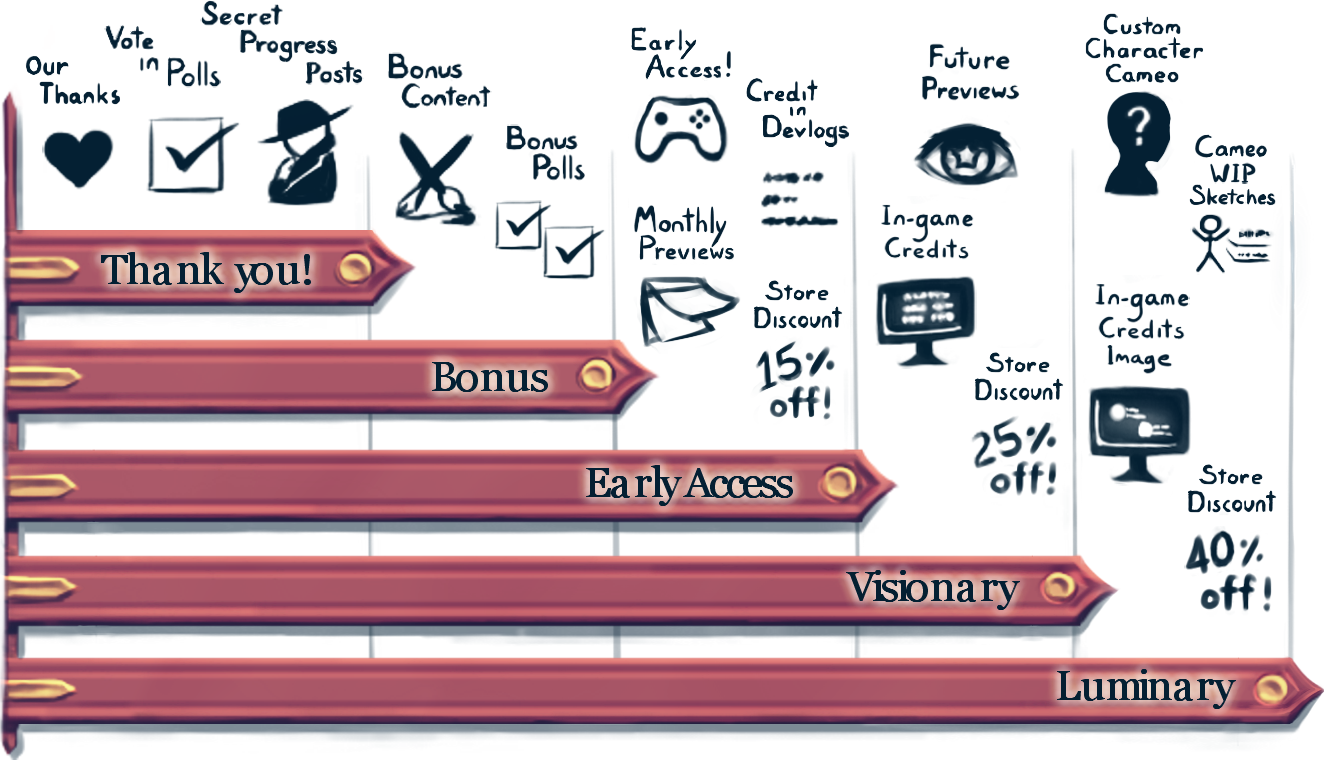 If you can't or even just don't want to pledge money, but still would like to show your support, we honestly really appreciate every single person who plays and rates our games, comments on the game pages, streams them or makes videos, writes reviews, shares our posts on social media, makes their own posts about our games, or excitedly tells a friend about the great time they had while playing.
You make this possible! 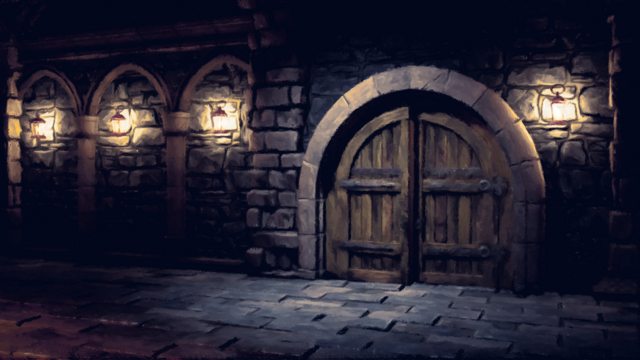 This much would cover our running business costs and leave enough left over for us to have a budget to spend on assets for custom backgrounds!

At this level, we will replace every filtered-photo background with one created in-house, allowing us to make every environment more distinctive and more well-matched to the sprites.

This also means we can provide progress updates and walkthroughs on our background creation process!