is creating Art and Comics

$1
per month
Join
Support the comic being ad-free online and view all of the pages before the full chapters are released!


Behind the Scenes & Goodies!

$2
per month
Join
Exclusive access to all of the process that goes into creating Heliosphere. I'll provide explanations, roughs, previews of upcoming pages, and a peek at my thought process while working on the comic. I'll also have some exclusive side stories that take place in the same world that will not be available anywhere else online.

In addition to all of that I'll be making icons and avatar packs along with other goodies for you to enjoy!

$4
per month
Join
You'll have access to all of the other stuff and at the end of every season, the comic will be compiled into a drm-free pdf. You will receive a free digital copy of this comic with exclusive new content. (Includes all previous reward tiers.)

I'm also working on making a format that's easily readable on e-readers so that you can read Heliosphere comfortably anywhere!

Hi everybody! I'm running this Patreon to fund my sci-fi webcomic Heliosphere.

Heliosphere is a story about a young inventor named Maya who gets trapped in the future. She meets an underground organization called uplift that is trying to overthrow the ruling elite. 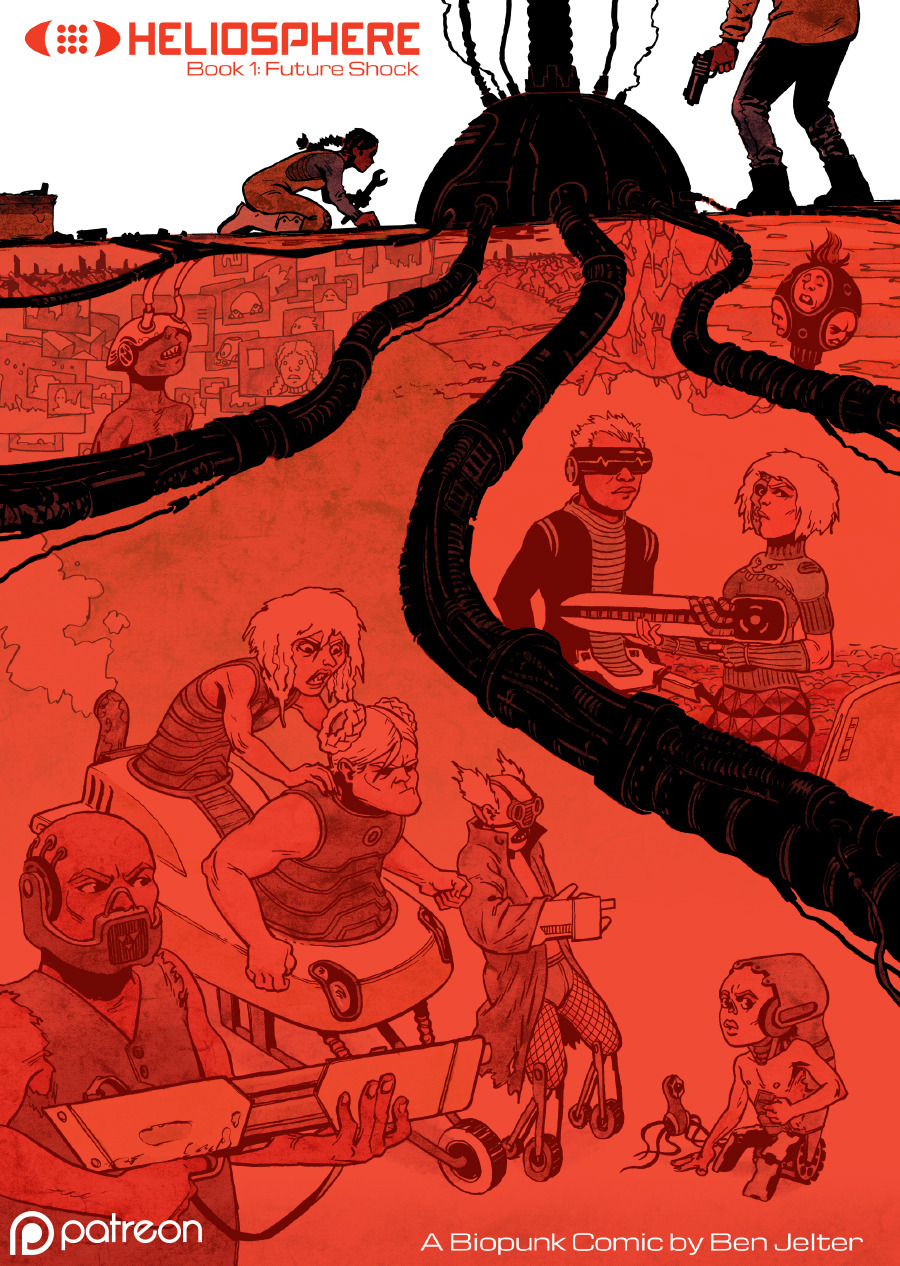 I really like conceptual sci-fi and surrealism so this story will contain a lot of elements of both.

Patrons will get access to a lot of work-in-progress pictures and pages that give a more in-depth explanation of the world. There will also be interesting side stories that expand on the world and feature guest artists. Patrons will also get all of the pdfs of the comic that I would otherwise be selling. 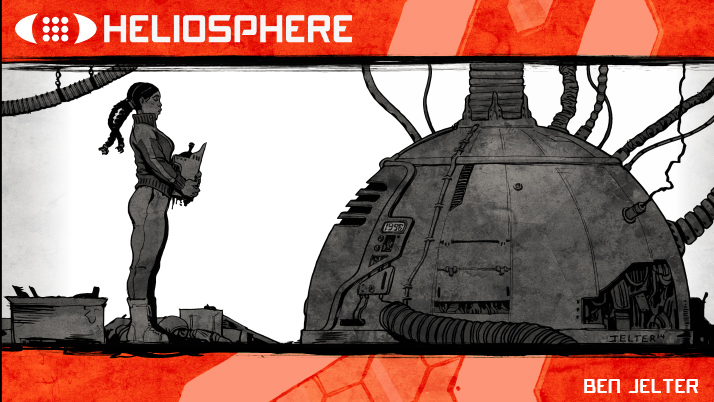 The project is called Heliosphere because it takes place entirely within our solar system. At the time that the story takes place, the technology exists to colonize other planets but interstellar travel has not yet been accomplished. I think of the project as bio-punk because a lot of the technology in the story is a result of genetic engineering rather than traditional electronics. 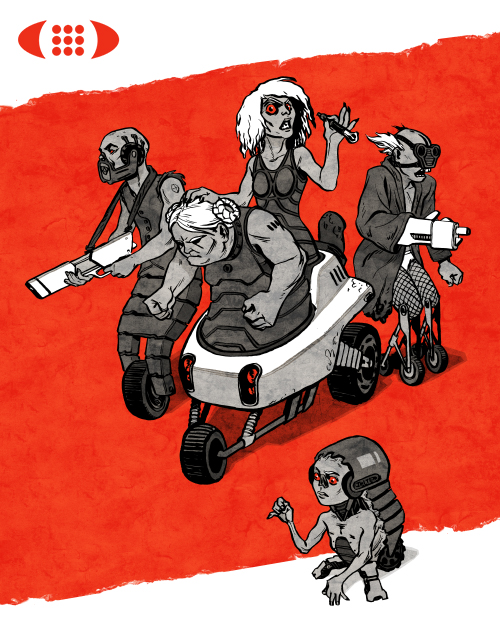 I'd like to update Heliosphere a lot more frequently! Your support can help me get the free time required to do that. Thanks for your support!