is creating diverse roleplaying game content for your favorite systems.

$2
per month
Join
This tier gets you access to smaller digital content. At least two different works will be released each month. Sometimes it will be an Archetype for 5e, othertimes it's a one page adventure for Savage Worlds. It might even be a new monster or three for Genesys.

For $5 you'll get a longer adventure released each month. Systems will vary from month to month with each system getting equal representation. Expect 5e, Savage Worlds, Delta Green, and Genesys adventures.

In addition to the previous tier's 500-1500 word content, you will also receive an adventure averaging 2000-5000 words each month.

Welcome to the BPB Games Patreon

BPB Games is a small publisher consisting of four people who have been working in the tabletop industry for over five years. In addition to a fair amount of self-publishing members of our team have writing credits on the  Deadlands: Good Intentions and Red Markets Kickstarters. They've also worked on Slang Design's Base Raiders, written several One Sheets for PEG Inc., Savage Worlds Explorer, and EN World's EN5ider Patreon, and done system design work for the Baby Bestiary.

The main purpose of this Patreon is to fund future projects both large and small. Kickstarters require considerable capital to be successful even before launch. Outside of contributing to rent and food payments, all of the money made goes towards funding future projects (including ones for the Patreon).

We've been on Patreon for several months now and we'd like to think that we've produced some great content. We're so confident, in fact, that we're giving some of it away for FREE just so you know what you're supporting.


We also have a lot of other exceptional content that's available for FREE as well! Savage Tokusatsu was a Kickstarter we successfully funded in early 2018. You can check out a free Test Drive and Adventure for it HERE!

We want you to see some of the amazing things we're working on. Take a peek! 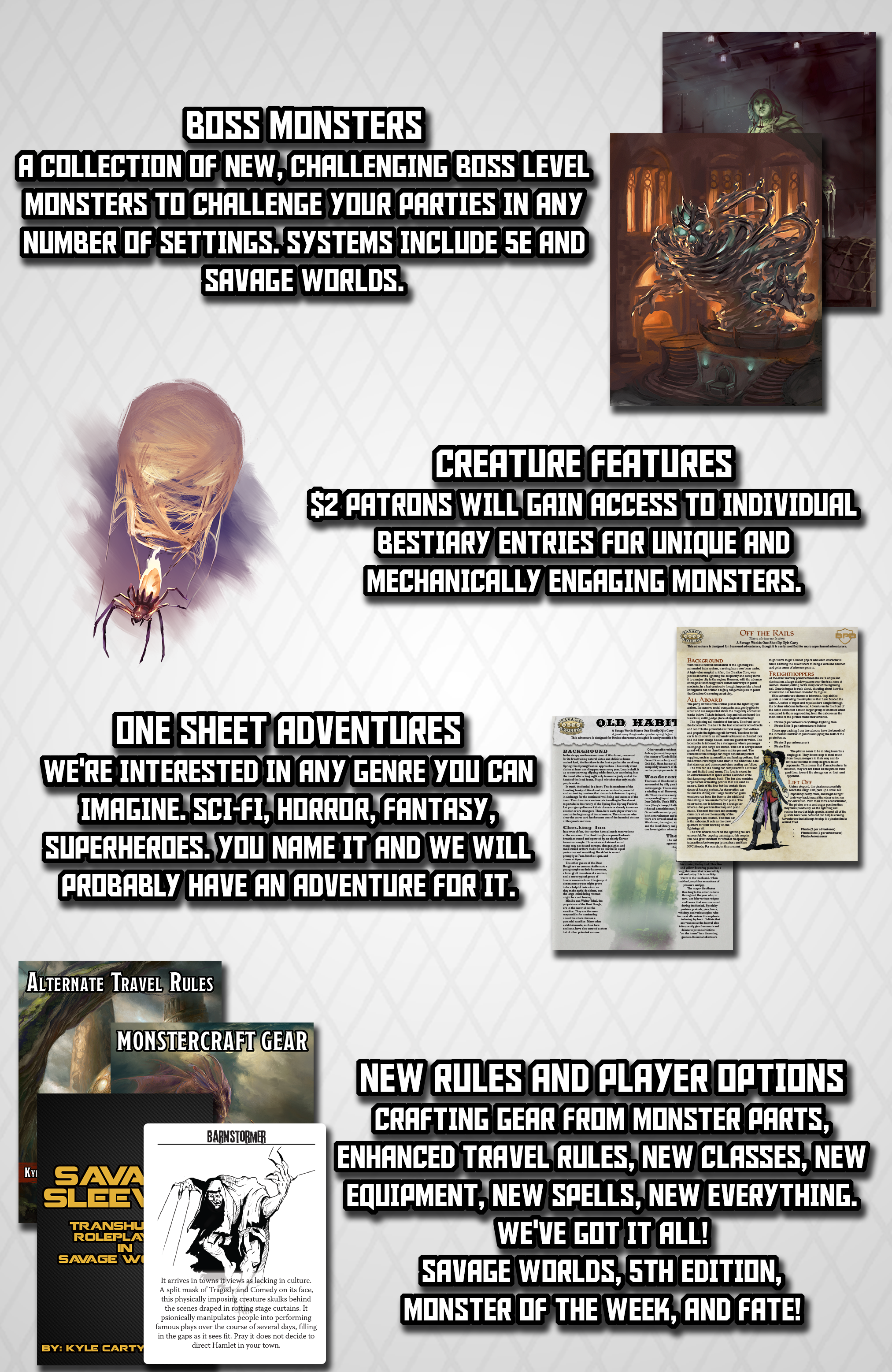 Where Does the Money Go?

We're a small group. We stream on Twitch, we manage our own social media, and we have bills to pay. The money we make from here gets broken up into several different savings. Some goes to preparing for our next Kickstarter, some goes to living expenses, and the bulk goes into investing in future Patreon releases. Art, writing, and editing all require hard work from at least three people and we want to make sure the people we hire get their fair due. 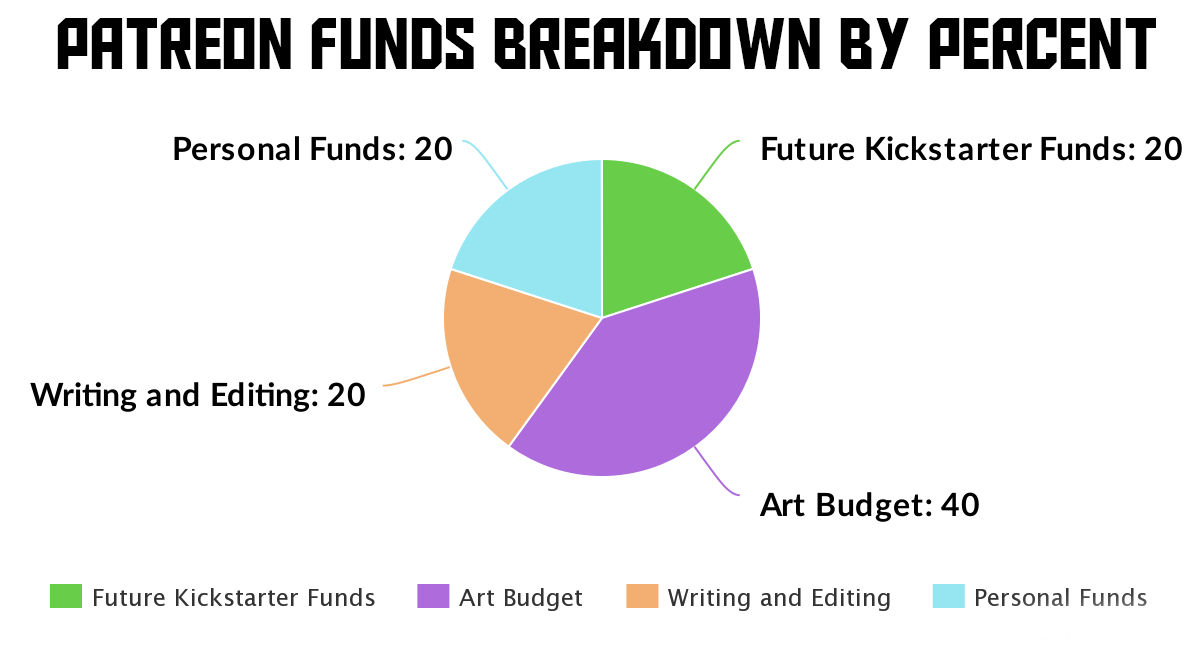